“But in addition to the quality of its dialogue, Levinson’s script is a testament to the value of talking and listening, past the point of discomfort, past the point it hurts.” – San Francisco Chronicle

“Uncomfortable as it can be to watch a couple fight, there’s something incredibly moving about a filmmaker compelled to dedicate an entire movie to acknowledging he couldn’t do this alone. And all it took was two actors, a tiny crew and a global pandemic to bring that sentiment out into the open.” – Variety

“[Malcolm & Marie] isn’t just one of Netflix’s most thought-provoking movies in a long time. It’s also a remarkably real-feeling portrayal of how couples handle conflict.” – LEVEL

Malcolm & Marie is a film that follows the rhythm of conversation, providing a brief glimpse into a turbulent, passionate relationship. Written and directed by Sam Levinson, the film is a showcase for its stars, Zendaya and John David Washington, who inhabit the titular characters with verve and vulnerability, subtly shifting their performances along with the relationship dynamics. Shot in crisp black-and-white and filmed during the COVID-19 pandemic, Malcolm & Marie offers a throwback to the classic films Malcolm loves, while positing a new way forward for character-driven cinema in the modern landscape.

Watch Malcolm & Marie, only on Netflix

Tonight, Zendaya is hosting a Twitter watch party for Malcolm & Marie, and will participate in an afterparty on Clubhouse following the film. Press play on the film at 6pm PT and head to Clubhouse at 7:45pm PT for a conversation with Zendaya and Sam Levinson.

When filmmaker Malcolm (John David Washington) and his girlfriend Marie (Zendaya), return home from a movie premiere and await his film’s critical response, the evening takes a turn as revelations about their relationship surface, testing the couple’s love.

We kindly ask that you please link back to netflix.com/MalcolmandMarie in your coverage. 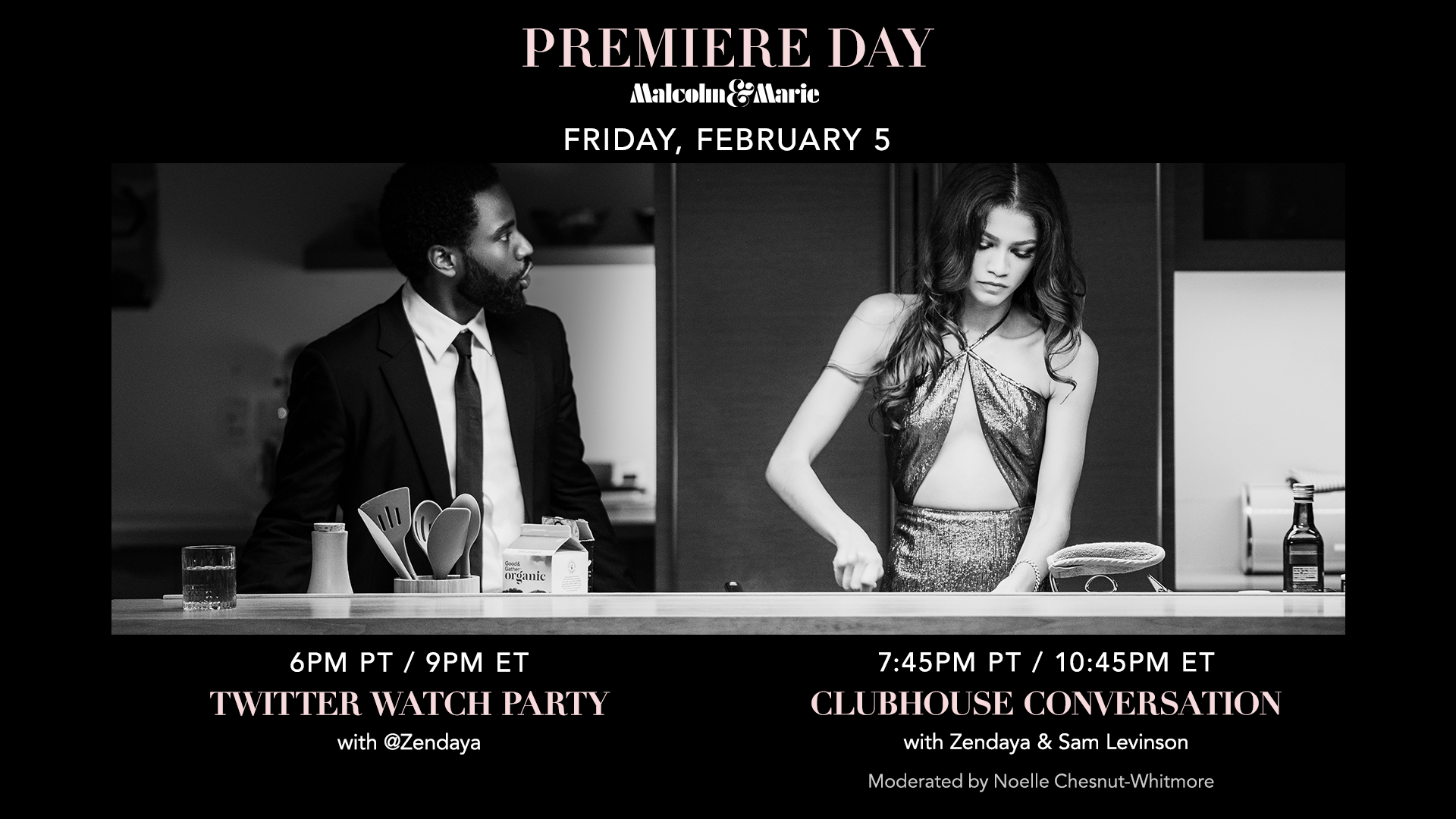