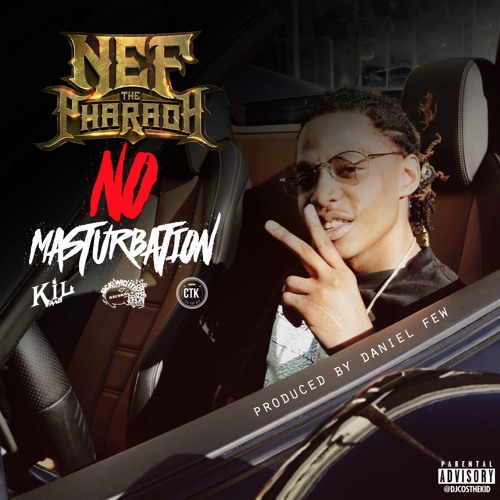 With 4M+ views since its release in January, Nef The Pharaoh’s “Big Tymin’” music video caused a sensation as the track, which is simultaneously a claim to fame and ode to the Big Tymers and Cash Money‘s “Bling Bling” era, began garnering significant airplay on San Francisco’s 106 KMEL and Los Angeles’ Power 106 before being hi-jacked by Ty Dolla $ign and YG for a remix. The original single landed at #7 on Passion of the Weiss‘ list of the 50 Best Rap Songs of the Year, and placed in FACT Mag‘s 20 Best Rap and R&B Tracks of the Year, with 106 KMEL charting it at #34 on their Top 106 Songs of 2015. Additionally, “Big Tymin'” was a huge hit on streaming services. Spotify included the single in their year-end playlist, 2015: The Year of Hip-Hop, while TIDAL named Nef The Pharaoh one of 5 Artists to Watch in the New Year.

In November, Nef The Pharaoh released his self-titled EP via E-40’s Sick Wid It Records. “Nef’s sensibility isn’t exhausting,” Pitchfork stated in their review of the project. “The rapper can embody the obnoxious neighborhood bully, the smoothest game-spitter in school, and a conscientious father in one song all without spoiling the mood, or upstaging the beat.” XXL named Nef The Pharaoh’s self-titled EP one of the 20 Best Mixtapes and EP’s of 2015, while HotNewHipHop named him one of the Breakout Artists of 2015. Pigeons & Planes shared a study by start-up company Indify that recognized Nef The Pharaoh as one of 20 Artists About to Blow, According to Social Media Stats.

Throughout January and February, Nef The Pharaoh will be touring the U.S. on G-Eazy‘s When It’s Dark Out Tour alongside A$AP Ferg and Marc E. Bassy.

Listen to Nef The Pharaoh EP on Spotify: https://open.spotify.com/album/3FEJAO9mOXTbUkfpp7uX9V