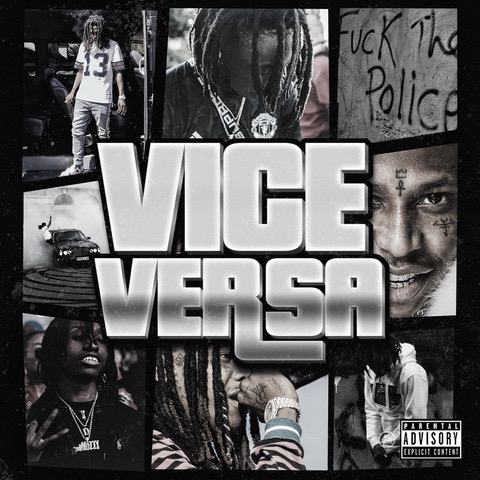 Immersed since birth in one of the country’s most robust and idiosyncratic hip-hop traditions, 23-year-old Vallejo, CA-native Nef The Pharaoh and 17-year-old ShooterGang Kony, from Sacramento, embody the spirit of Northern California hip-hop. Colliding for a fun-loving and hard-hitting lyricfest, Nef & Kony showcase their best bars in Vice Versa, their new EP, premiered by L.A. Leakers. Two of Northern California’s most accomplished young lyricists, Nef and Kony display an easy chemistry throughout the project, as Nef’s twisting flows and flights of fancy complement Kony’s aggressive, clever, and realistic bars.

Spanning six tracks, Vice Versa finds the two emcees dancing above an electro-funk sample on “Sig n a Draky,” tag-teaming a mob instrumental on “Ludacris,” premiered last month by HYPEBEAST, and flexing their lyrical muscles in service of a lush for-the-ladies jam on the EP’s title track, which The 405 called “an effortless Bay Area bop.” Featuring appearances from Sage The Gemini and Raymond McMahon, Vice Versa EP drops via KILFMB / Sick Wid It / EMPIRE.