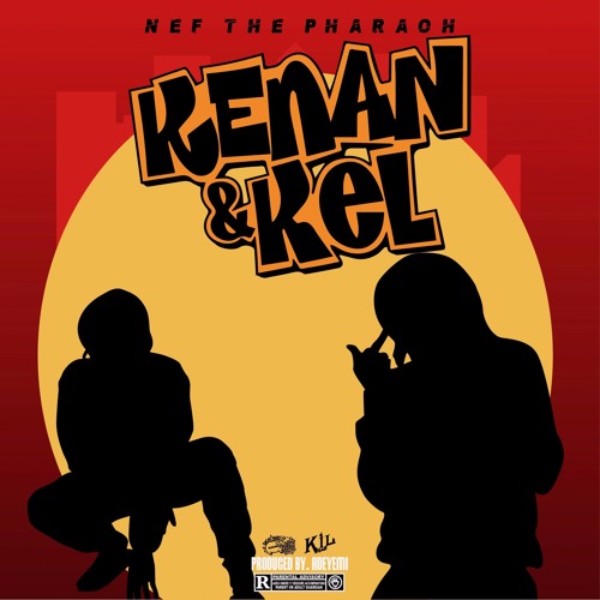 With an elastic flow, boundless energy, and clever rhymes, Nef The Pharoah is one of the Bay Area’s most popular and creative young emcees. Looking to his youthful TV favorites for inspiration, Nef provides a lively update to a classic Nickelodeon theme song on “Kenan & Kel.” Riding the monstrously funky bassline from Coolio‘s original theme song for Kenan & Kel, the kid-friendly sitcom starring future SNL star Kenan Thompson and Mystery Man Kel Mitchell, Nef shows off his unstoppable rhymes, saluting his crew, and interpolating the melody from Parliament’s classic “Flash Light,” and sneaking in several references to the beloved series: “Who like Orange Soda, Neffy do/I just wanna bust a bag with you/Diamonds dancing, changing colors, oooh/Bitch I’m rich, I’m only twenty-two.” Premiered by VIBE, “Kenan & Kel” is a sunshine-drenched burst of nostalgia and Exhibit A proving Nef’s case as the most fun rhymer on the West Coast.

Combining an old-school, colorful rhyming style with pristine, state-of-the-art Bay Area production, Nef’s The Chang Project, released earlier this year, is a mature effort from the Sick Wid It signee, representative of his growth from teenaged phenom to a father and a leader. With colorful and fun tracks such as the  Noisey-premiered, SXSW-set “Spice,” which featured SOB x RBE’s Yhung T.O., “Move4,” featuring OMB Peezy and Jay Ant, and the hit “Bling Blaow,” which has over 2.5 million views on YouTube, Boasting appearances from Ty Dolla $ign, Larry June, Caleborate, SOB x RBE, OMB Peezy, Jay Ant, and others, The Chang Project is an appetizer for The Big Chang Theory, Nef’s upcoming debut album. This summer, Nef The Pharaoh opened for A$AP Ferg at the Museum of Modern Art in New York City, and graced the stage this as a hometown hero at Rolling Loud Bay Area. Most recently, Nef somberly and intelligently addressed social issues in the video for “LOE Gino’s Interlude,”Nef’s collaboration with fellow Oakland rapper LOE Gino. This weekend, Nef The Pharaoh will grace the stage of Rolling Loud Southern California in Mountain View, California.

Check out the VIBE premiere: https://www.vibe.com/2017/12/premiere-nef-the-pharaoh-keenan-and-kel/