The L.A.-Based Artist Contemplates His Mortality In His Spectral and Cathartic New Single 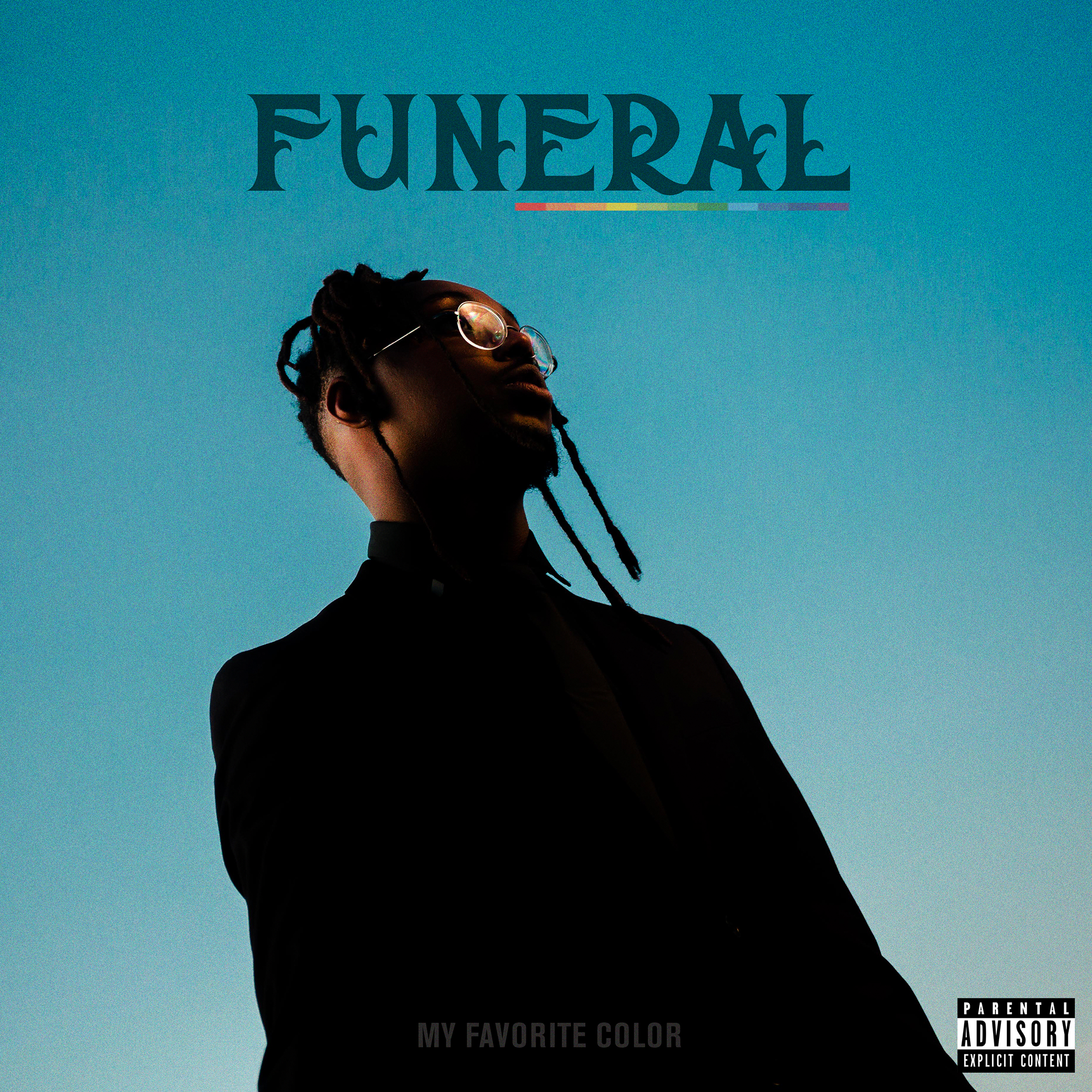 My Favorite Color uses his perceptive bars to explore deep philosophical questions, filtering them through his own experiences to create artful and thoughtful rap music. On “Funeral,” his latest single, the Los Angeles-based rhymer speaks frankly about his own mortality, less concerned about the state of his soul than how his death would affect his friends and family.

Rhyming in deliberate fashion atop ethereal vocal samples, heavenly synths, and gospel-adjacent piano, My Favorite Color imagines reactions of his loved ones to his death, each one grieving in their own way before eventually moving on: “Lately I’ve been thinking ’bout my funeral, and everyone who did go/Crazy how they’ve stayed strong, crazy how they’ve moved on/Crazy how a post on Instagram can keep the hope goin’/Wonder if those 500 likes helped my mom.” At the end of the song, the Rostrum Records-signed rapper lets loose with guttural screams, offering a moment of emotional catharsis.

After starting his career in a diverse Pittsburgh rap scene, My Favorite Color is ready to take the next step. Born in Van Nuys, California, the rapper moved to Pittsburgh as a teenager, living with a single mom who filled his house with the sounds of neosoul, R&B, and hip-hop. In high school, My Favorite Color started to explore rap music, starting with the classics, but eventually falling in love with the genre’s left field, particularly rappers like Earl Sweatshirt, MIKE, Isaiah Rashad, and MF DOOM. In 2018, the rhymer shared his debut EP Go!, with appearances from Pet Zebra and Benji., earning the respect of his artistic peers in the Pittsburgh scene, leading to a prominent feature in a Noisey-published overview of the city’s rap scene in 2019. Now living in L.A. and signed to Rostrum Records, the label that broke Pittsburgh legends like Mac Miller and Wiz Khalifa, My Favorite Color is looking to turn heads with Velma, his debut full-length, coming this summer.

“What makes me so different is that being different isn’t my goal,” says My Favorite Color. “Being me is my goal. All my life I’ve been considered not exactly the same as everyone. It wasn’t a goal to be different. It was a goal to be myself.”

Stay tuned for more music and more information about Velma in the coming weeks.