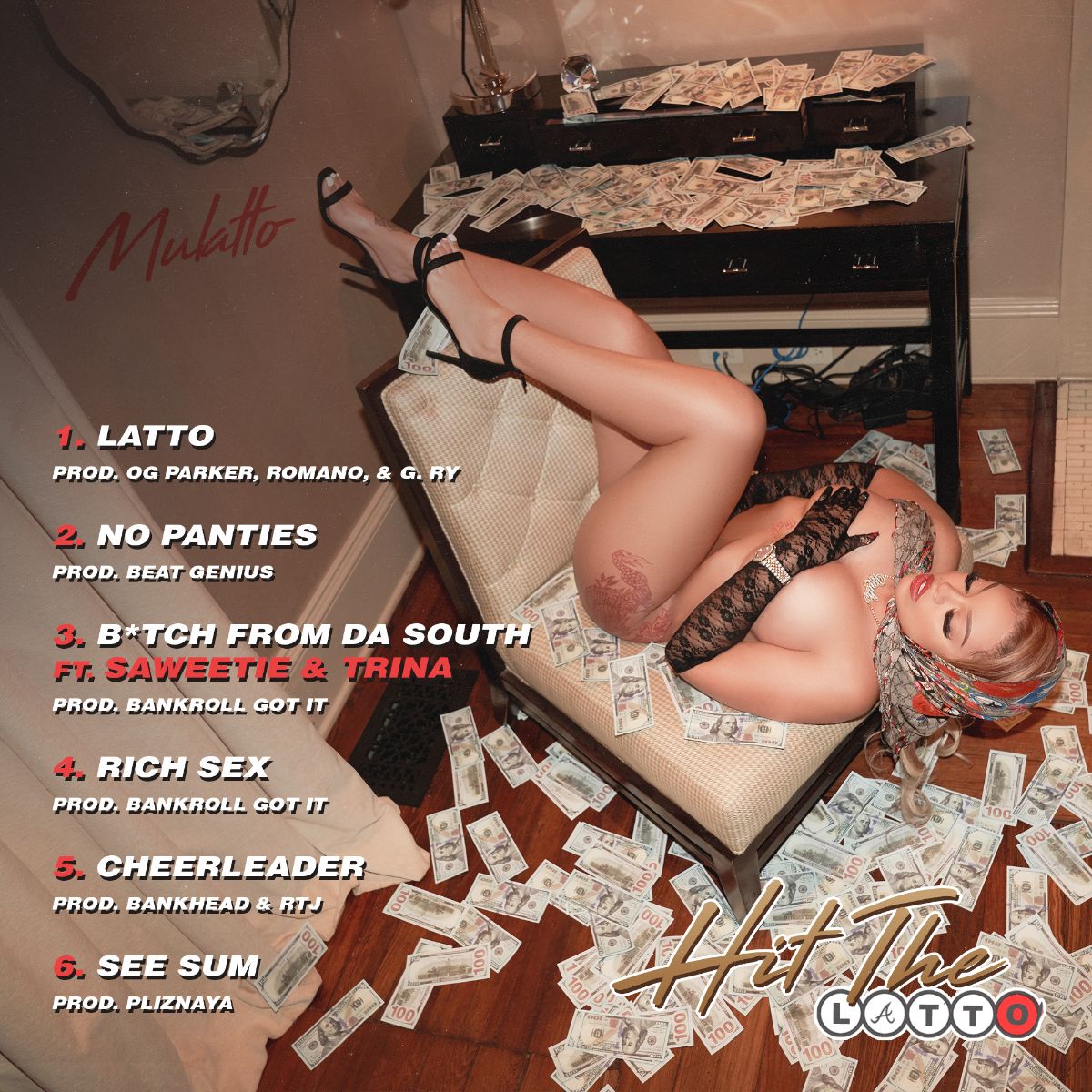 Stringing together raunchy rhymes with a touch of class, Mulatto is one of Atlanta’s leading ladies. Returning to the scene with her latest bad girl anthem, Latto shares “No Panties,“ a new music video. Produced by Beat Genius, “No Panties” is a forcefully blunt strip club-ready banger, built on a snaking synth bells that recall the height of the Crunk era, as Latto salutes all the freaks with an instantly memorable chorus. In the video, a Chanel-clad Latto mobs with a group of baddies by a lake, as she struts her stuff on the shore and on a jetski. “No Panties” is the latest music video from Hit The Latto EP, following the supremely-confident  “Latto” (300k Youtube views in less than one week).

With production from OG Parker, Bankroll Got It, Bankhead, and more, Hit The Latto positions Mulatto as a tough-talking boss, as ruthless in the streets as she is voracious in her appetites: “I’m a freak in the house, when I’m out in these skreets I’m a savage,” she rhymes on intro track “Latto.” Coming through with a six-pack of glamorous street rap tunes, the EP boasts previously released singles like the energetic strip club slapper “See Sum“ (750k YouTube views) and the strutting “B*tch From Da Souf” (Remix), which features Saweetie and Trina.

Starting her career with a victory on Jermaine Dupri’s competition series The Rap Game in 2016, Mulatto has found success as an independent artist, with over 1.4 million monthly listeners on Spotify and 463k subscribers on YouTube. Mulatto took her career to another level with June 2019’s Big Latto EP, which hosted Mulatto’s biggest hit “B*tch From Da Souf” (over 20 million streams across platforms) and earned Mulatto shoutouts from the likes of Rihanna, Demi Lovato, Timbaland, Russ, Soulja Boy, and more. With an Instagram following that surpasses 2.9 million, Mulatto is just getting started. Stay tuned for much more from the ATL vixen in 2020 and beyond.