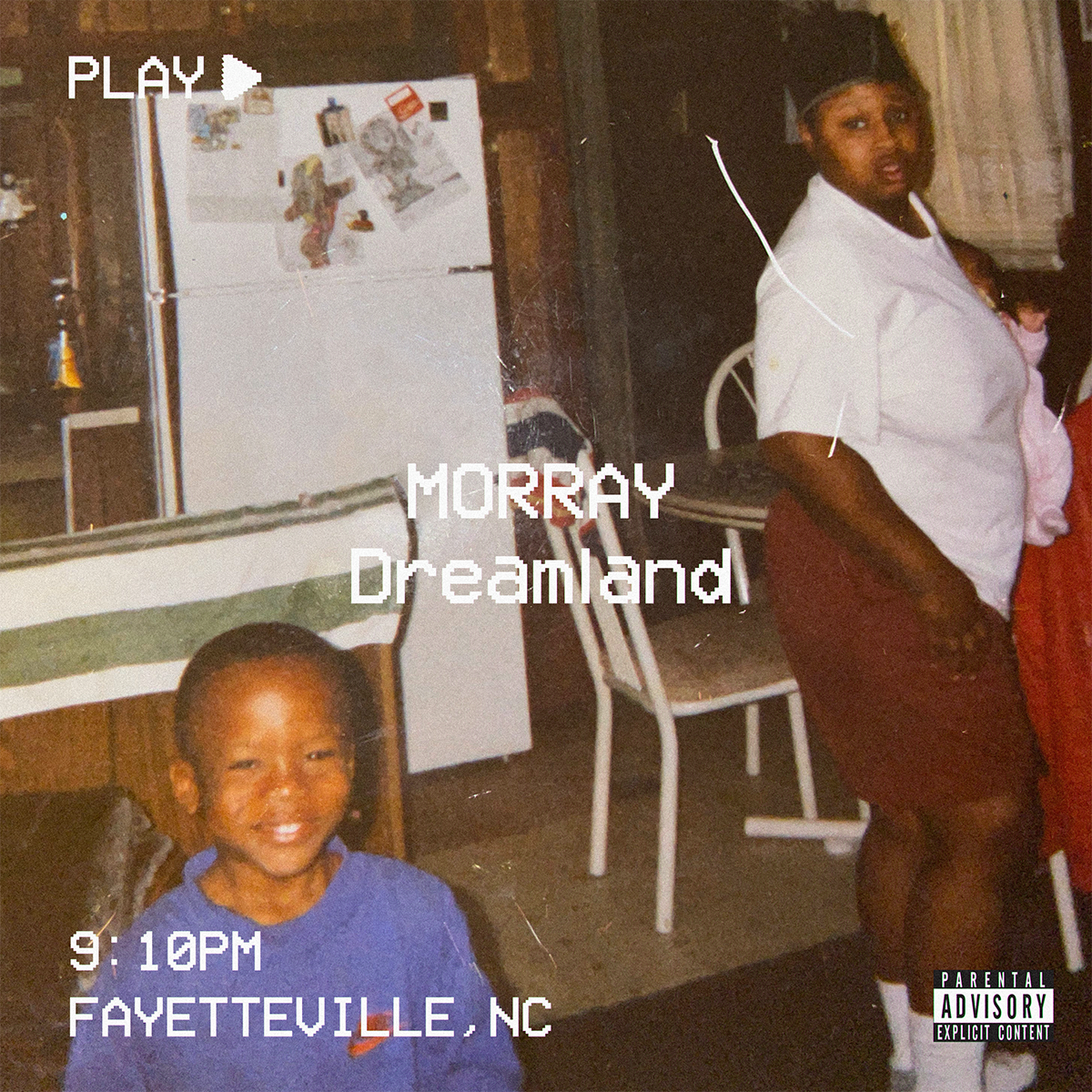 Morray‘s skill with melody, sharp wordplay, and knack for emotional resonance makes him one of the rap game’s most exciting newcomers. Continuing his lightning quick rise to prominence, Morray shares “Dreamland,” a heart-wrenching new single. Marked by ringing pianos and Morray’s church-trained vocal runs, “Dreamland” is the artist’s pained recollection of growing up in poverty, and the lasting trauma caused by his experiences. The Fayetteville, NC native recalls Christmases and birthdays without gifts, living in motels, and sleeping on “some carpet cuz its better than the pavement.

In the track’s accompanying video, directed by Christian Breslauer (Roddy Ricch’s “The Box,” Lil Baby’s “Errybody” videos), Morray looks back at his younger self, from his early run-ins with the law to rough times at home. He ultimately takes the place as his mother’s defender as she faces domestic violence, further cementing the difficulty of his situation as a youth and solidifying his dreams to change his situation using his musical ability. Thanks to his game-changing talent, showcased on “Dreamland” and his breakout hit “Quicksand,” the Pick Six Records artist is on the cusp of leading the life of his dreams.

Morray made massive waves with his debut single “Quicksand.“ Built around a bluesy minor-key guitar loop, “Quicksand” showcases the young rapper’s limitless array of lyrical and vocal weapons, telling the story of his desire to escape difficult circumstances with lightning quick triplets, syncopated counter-rhythms, ultra-smooth melodies, and assonant internal rhymes. Released on October 30th, the “Quicksand” video was an instant sensation, drawing praise from across the industry and the internet. In its first month of release, “Quicksand” recently reached #4 on YouTube’s Trending chart and has generated almost 8 million views on YouTube, not to mention nearly 3 million Spotify streams to date, with inclusions in the Most Necessary, The Realest Down South, and Fresh Finds playlists. “Quicksand” earned powerful co-signs from the likes of Jay-Z, who listed “Quicksand” as one of his favorite songs of 2020, fellow North Carolinian J. Cole, superstar DJ Marshmello, rap icon Rick Ross, and more.

More recently, Morray proved that he had staying power with the ragged, soulful “Switched Up” and the tough-talking, Complex-premiered “Low Key.“ As the calendar turns to 2021, Morray looks to keep his momentum going with more music, including an upcoming project. Stay tuned…the artist is just getting started.

Watch the video for “Dreamland”: https://picksix.ffm.to/dreamlandvid.opr