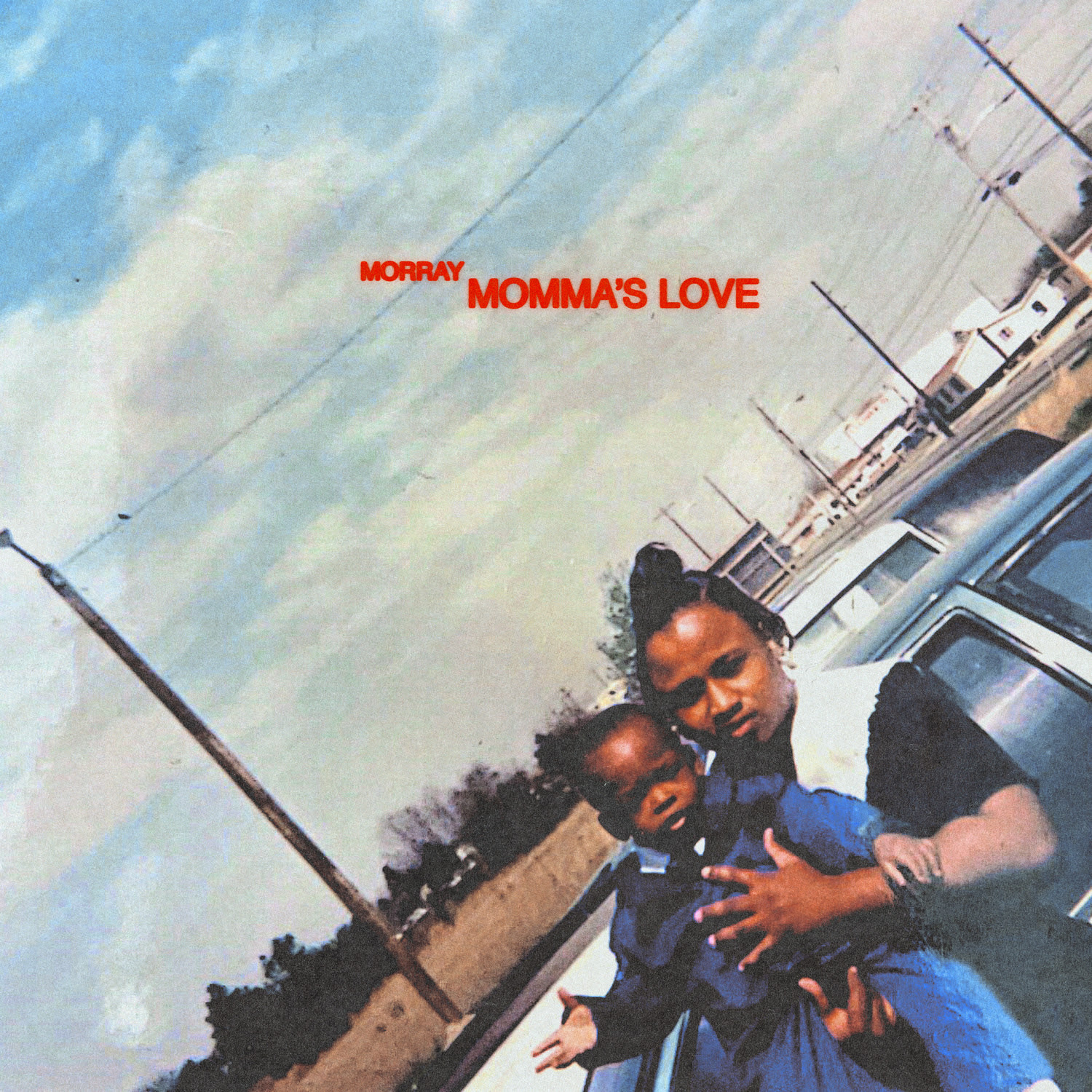 Taking inspiration from hip-hop, R&B, and contemporary gospel, Morray is a singular vocalist, injecting passion and soul into each bar. Paying tribute to the woman who made him the man he is today, the GRAMMY-nominated artist shares “Momma’s Love,” his latest single. “Momma’s Love” is a bouncy and soulful affair, with fizzy piano chords lifting up hard-hitting 808s. Harmonizing with himself as he expertly mixes rhythm and melody, Morray thanks his mother for her never-ending support and promises to return the favor as best he can: “I can’t give you everything but promise Imma try/I can’t pay you back because I know I owe my life.” Produced by Budda Bless, Seth The Chef, and with additional production from 3nigma, “Momma’s Love” is the ideal soundtrack for barbecues on Mother’s Day and beyond.

“Mother’s Love” is the Fayetteville, NC native’s latest salvo in the run-up to his debut album, due to release in the coming weeks. Last month, Morray connected with a fellow Grammy-nominated North Carolinian, sharing the heartfelt “Still Here” with Cordae. “Still Here” was the Pick Six Records/Interscope artist’s first new song of 2022, and followed in the wake of the breathlessly intense “Never Fail” ft. Benny The Butcher, which debuted in November and drew coverage in The New York Times, Complex, The FADER, XXL, and many more.

One of the biggest breakout stars in hip-hop in 2021, Morray recently attended his first GRAMMY Awards, where he earned nominations for Best Rap Song and Best Rap Performance, each honoring him for his involvement in J. Cole’s “m y l i f e” (also featuring 21 Savage). The two GRAMMY nominations are the culmination of a meteoric rise that started with “Quicksand,” a GOLD-certified hit released in late 2020 that reached the Billboard Hot 100, racking up over 200 million streams in the process. In April 2021, Morray released his critically acclaimed debut album Street Sermons. Debuting at  #41 on the Billboard 200 and propelling Morray to #1 on Billboard’s Emerging Artists chart,  Complex ranked Street Sermons at #10 on their list of Best Albums of 2021 So Far. Buoyed by the momentum generated by Street Sermons, Morray garnered Best New Artist nominations at both the BET Hip-Hop Awards and the Soul Train Awards, nabbed a spot on the the coveted XXL Freshman list for 2021, and earned “Up Next” recognition from Apple Music.

Street Sermons was just the beginning for Morray, who’s leveling up in every sense of the word. In 2021, Morray performed “Quicksand” on JImmy Kimmel Live, and was highlighted by Rolling Stone as the “Best Debut” performer at Rolling Loud Festival in Miami. Morray joined his “m y l i f e” collaborator J. Cole on “The Off-Season Tour,” rocking sold-out crowd in a series of stadium dates. Morray was a standout performer at DreamVille Fest, held in his hometown of Fayetteville, his set earning praise from Okayplayer and others, adding to a list of festival spots that includes Made In America, Day N Vegas, and Hive Festival. Morray looks to continue his live hot streak this summer–he will perform during the Juneteenth Jubilee in his hometown on June 19th, marking Morray’s first-ever performance in Fayetteville as a headliner.

With the follow-up to Street Sermons on the way, Morray is out to prove that he has the stuff to be a staple at the top of the rap game for many years to come. For an artist with Morray’s talent, the sky is the limit.