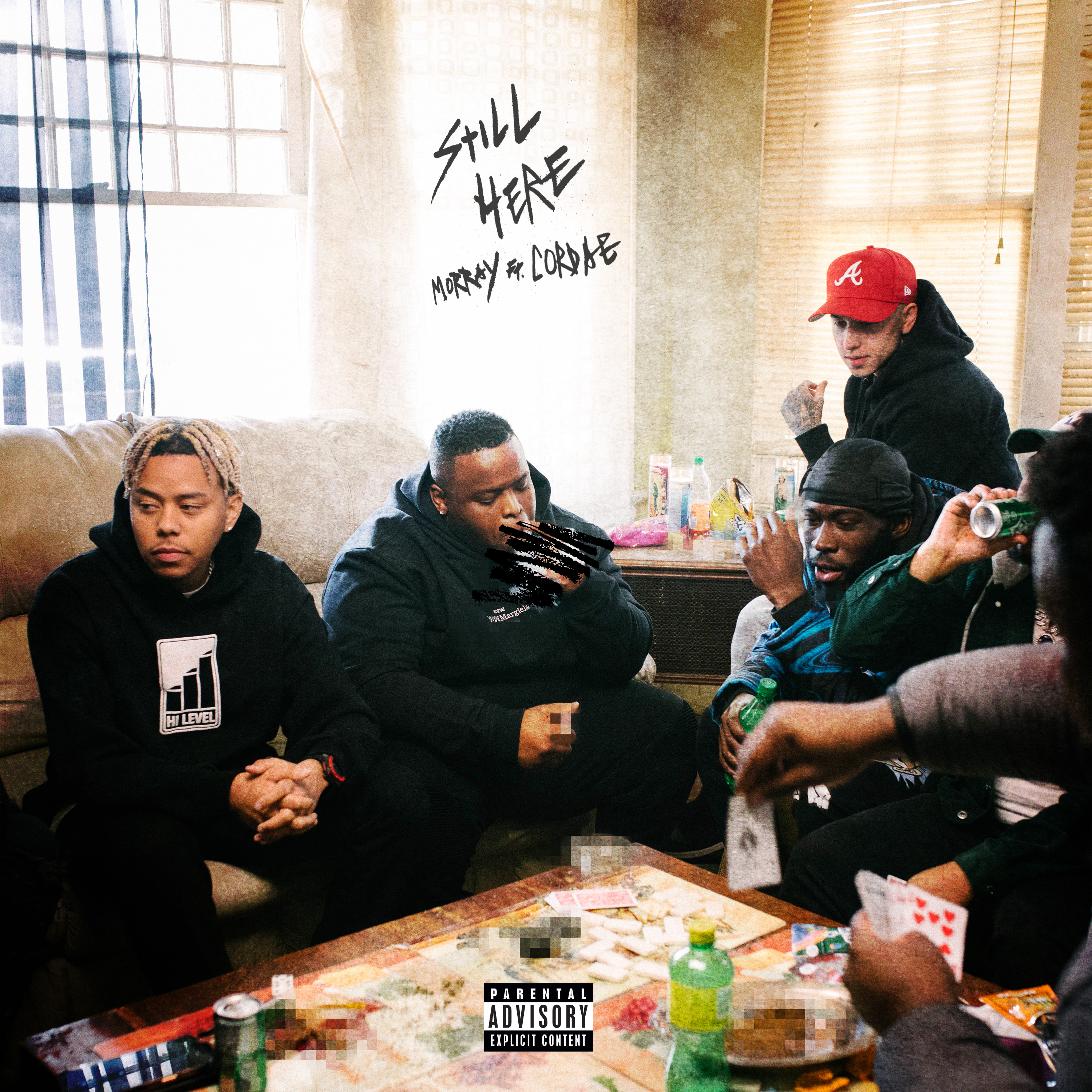 Using his church-trained voice, melodic mastery, and incisive pen, Morray speaks for those going through the struggle. Teaming up with Cordae for his latest soulful single, Morray shares “Still Here,” a new anthem for strivers and survivors. The new song finds common ground between the two Grammy-nominated artists, layering soulful piano and twanging guitars over crisp East Coast percussion. Morray opens the song with a emotional hook about his attempts to find liberation while still playing in the rap game, and Cordae follows with a thoughtful and penitent verse about his upbringing and his desire to keep it real: “Oh Lord, Oh Lord I heard you/Found myself and I’m searchin’/We been sinnin’ but won’t do it on purpose,” says Cordae. The Fayetteville, NC native follows up the Raleigh, NC native with a verse of his own, as he speaks on the stressful life of an artist on the move.

The video for “Still Here” finds both rappers in Atlanta, as they illustrate the highs and lows of neighborhood living. During Cordae’s verse, he rhymes from a kitchen that is alternately frozen and aflame, while Morray draws a line between historical and modern forms of racism, connecting past slavery with modern police brutality. Though the video covers heavy topics, it is never grim, as both rappers rejoice in the company of those who share similar experiences and resolve to keep on keeping on. “Still Here” is Morray’s first new single of 2022, and follows the breathlessly intense “Never Fail” ft. Benny The Butcher, which debuted in November and drew coverage in The New York Times, Complex, The FADER, XXL, and many more

One of the biggest breakout stars in hip-hop in 2021, Morray is currently basking in the glow of his GRAMMY nominations for Best Rap Song and Best Rap Performance, each honoring him for his involvement in J. Cole’s “m y l i f e” (also featuring 21 Savage). The two GRAMMY nominations are the culmination of a meteoric rise that started with “Quicksand,” a GOLD-certified hit released in late 2020 that reached the Billboard Hot 100, racking up over 200 million streams in the process. The commercial and critical success of “Quicksand” and its follow-up singles turned heads around the industry, garnering the Pick Six Records/Interscope artist a position on the coveted XXL Freshman list for 2021 and “one to watch” designations from Complex, Billboard, SPIN, Pigeons & Planes, and many more. Recently, Morray earned Best New Artist nominations at both the BET Hip-Hop Awards and the Soul Train Awards.

In April 2021, Morray released his critically acclaimed debut album Street Sermons. Debuting at  #41 on the Billboard 200 and propelling Morray to #1 on Billboard’s Emerging Artists chart, Street Sermons taps into the spiritual uplift and church-trained singing that makes Morray’s brand of hip-hop so unique, taking unflinching looks at the Fayetteville native’s youthful struggles and indiscretions and examining his motivations to succeed. Complex ranked Street Sermons at #10 on their list of Best Albums of 2021 So Far. In July, Morray revisited one of the tape’s highlights “Trenches,” recruiting Polo G to add a verse for “Trenches” (Remix).

Street Sermons was just the beginning for Morray, who’s leveling up in every sense of the word. Morray joined his “m y l i f e” collaborator J. Cole on “The Off-Season Tour,” rocking sold-out crowd in a series of stadium dates. This summer, Morray performed “Quicksand” on JImmy Kimmel Live, and was highlighted by Rolling Stone as the “Best Debut” performer at Rolling Loud Festival in Miami.

With the follow-up to Street Sermons on the way, Morray is out to prove that he has the stuff to be a staple at the top of the rap game for many years to come. For an artist with Morray’s talent, the sky is the limit. Stay tuned for much more from Morray as 2022 moves along. 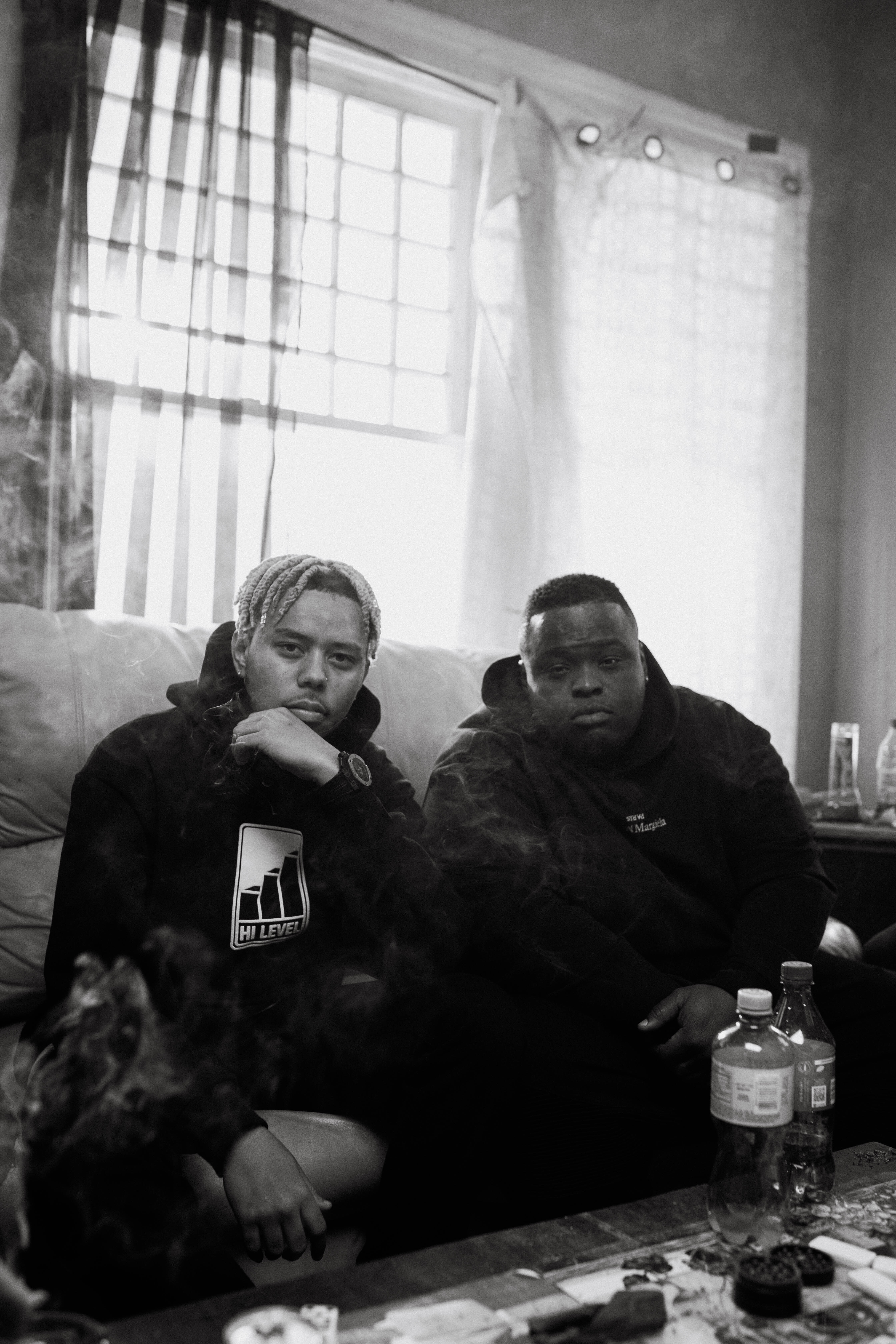