Rhyming with an unexpected ferocity and driven by the need to get money by any means necessary, Molly Brazy won’t rest until she reaches her imperial goals. Dropping her fourth full-length project, Molly shares Built To Last. Weaving between the rapid arpeggios characteristic of her hometown Detroit scene, Molly powers the project with her fierce independence, turning up her nose at men who underestimate her and women who depend on others to fund their lifestyles. The follow-up to last year’s Queen Pin, Built To Last boasts three well-received singles, including the the fast-paced “In N Out,” the sexually-frank “Wood,” which debuted early this month with a well-choreographed video, and “Uh Huh,” produced by frequent Molly Brazy collaborator Pooh Beatz (DaBaby’s “Suge,” Kevin Gates’ “Changing Lanes”) and recently added to Spotify’s Work Out Twerk Out playlist. Featuring an appearance from fellow Detroit diva Kash Doll, Built To Last is available to stream everywhere via EMPIRE.

One of the leading ladies of the bustling Detroit rap scene, Molly Brazy has earned coverage from The FADER, Complex, HYPEBEAST, ELEVATOR, and more. This summer, Molly Brazy leveraged her 1.3 million Instagram followers to start the #LilBootiesMatter challenge, promoting her single “Lil Booties Matter.” In July, Molly shared “Stackin,” a titanic trap banger produced by Go Grizzly. Catch Molly Brazy in concert in New York City at Mercury Lounge, along with fellow risers Bali Baby and Donmonique, on October 24th. 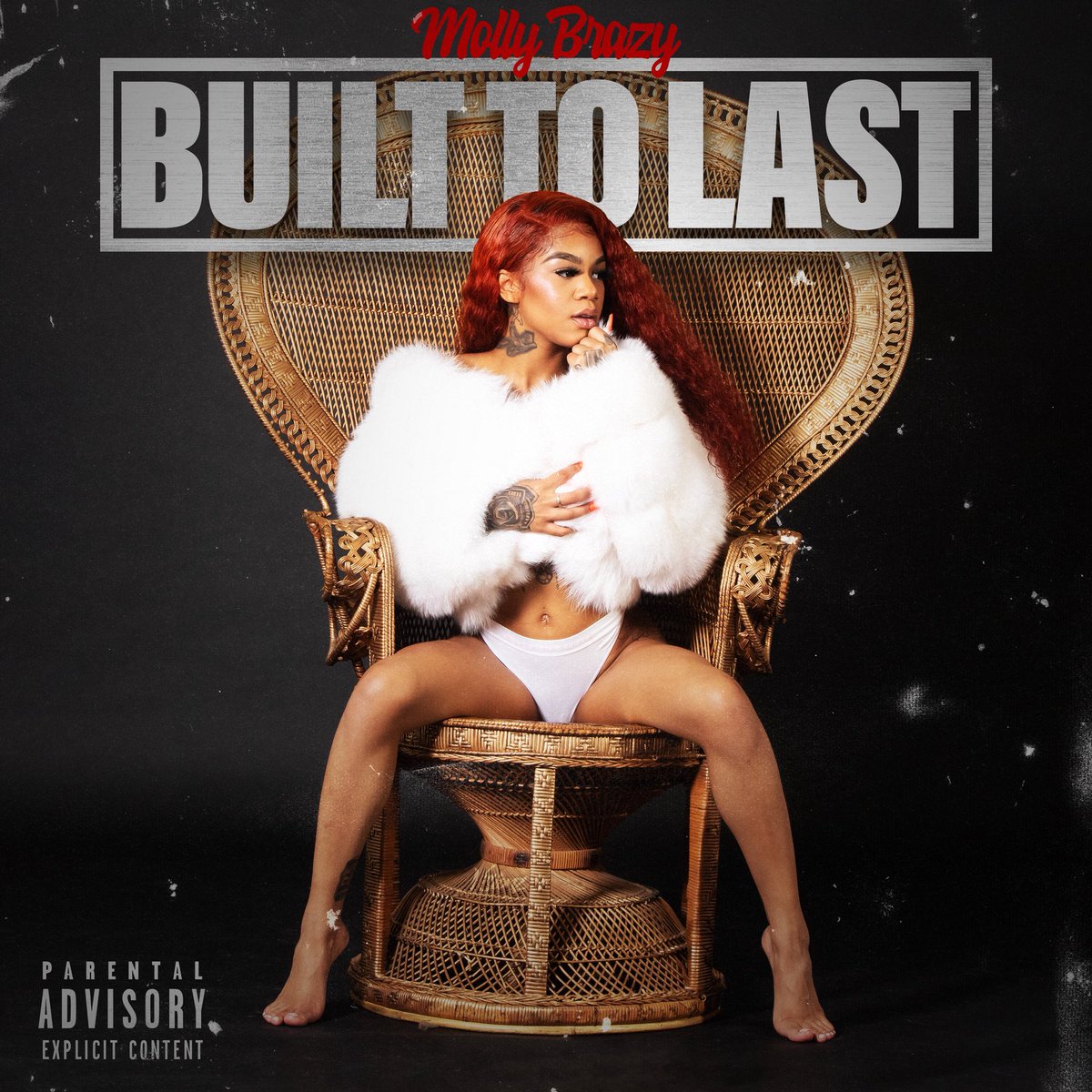