Home to Recent Single “Outside” ft. OG Bobby Billions, The 12-Track Shottaz 4 Eva is the First Album to Be Released Since Mo3’s Untimely Passing in November 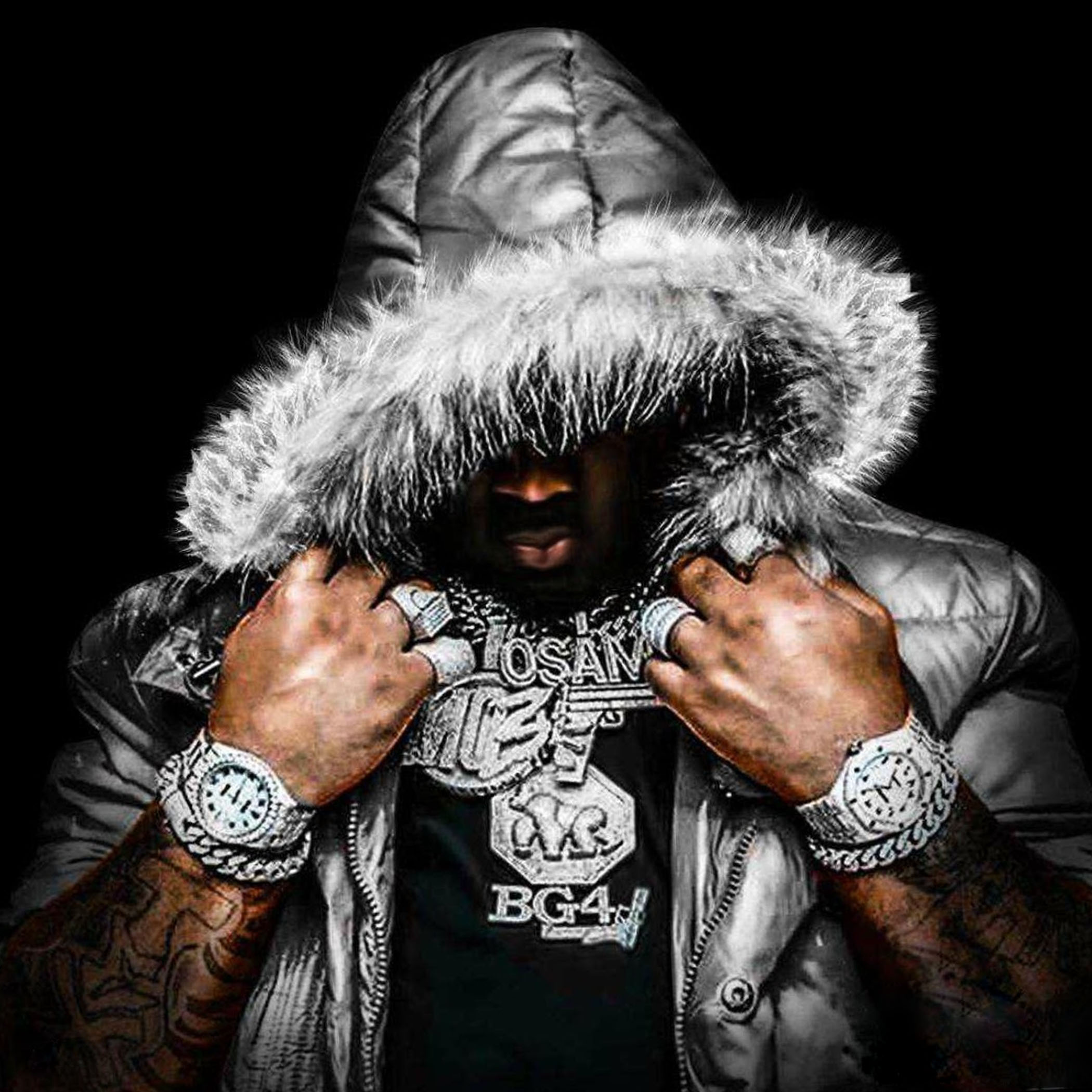 Gone far too soon, Mo3 became one of Dallas’s most respected rappers with his athletic rhymes and soulful singing. Today, H$M Music and EMPIRE reveal “Mob,” the latest single to be released in the wake of the rapper’s tragic passing. Trading bars with The New 1017’s Foogiano, Mo3’s latest single is a low-key, piano-driven banger–Mo’s animated bark perfectly contrasting Foogiano’s whimsical deadpan as they dole out street knowledge with wit and clarity.

“Mob” is the latest single from Shottaz 4 Eva, the first album to be released since Mo’s tragic passing in November 2020. The fourth album in Mo’s Shottaz series of project, which helped him build a name for himself in Texas and beyond, the posthumous album is home to “Outside,” a passionate anthem with an appearance from OG Bobby Billions, which has over 4 million YouTube views in just two weeks. Shottaz 4 Eva is the sequel Mo’s breakout 2018 tape Shottaz 3.0, home to his signature hit “Everybody,” which has over 100 million streams across platforms, and follows last year’s Badazz Mo3 and 2019’s Osama. Featuring appearances from Kevin Gates, Boosie Badazz, YFN Lucci, and more, Shottaz 4 Eva is currently available for pre-order via H$M Music/EMPIRE.

Though Mo3 is no longer with us, his legacy lives on in everybody who’s been moved by his music. The late artist’s family and team will continue to release music that he was able to record before his untimely passing. Stay tuned for much more.

A Statement From Mo3’s Family & Team: 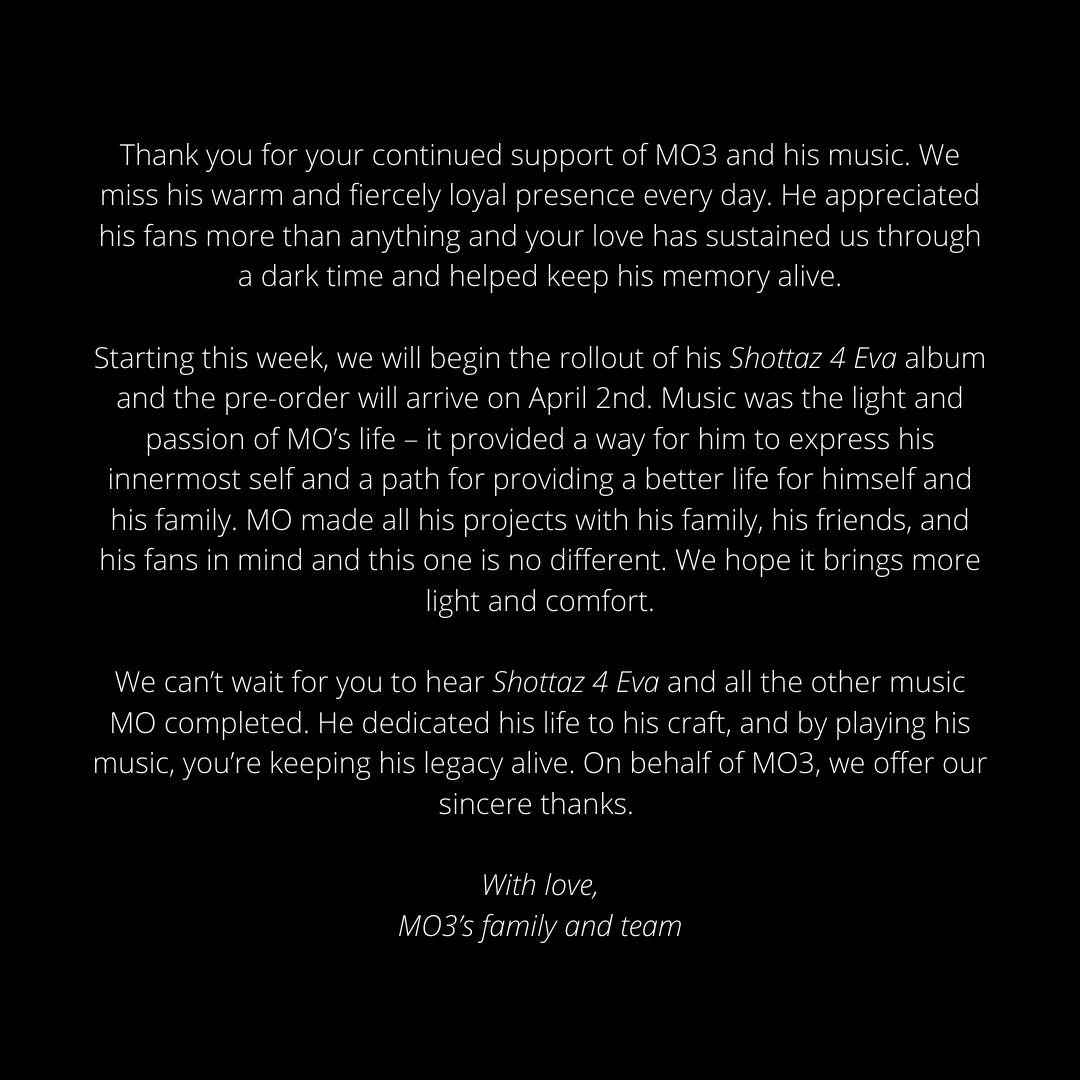