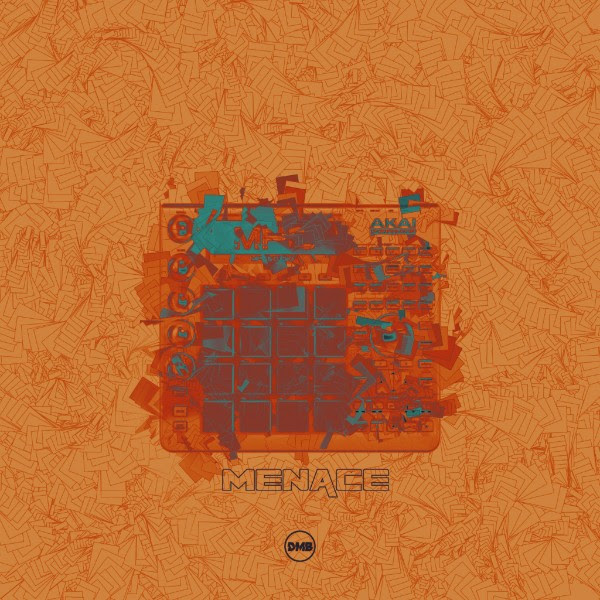 Riding the wave of a recent 4x Platinum certification from the RIAA for his mega-hit production “Panda,” Manchester’s own Menace drops The Beat Tape Vol. 1, an immersive and diverse slice of instrumental Hip-Hop. The Beat Tape reveals Menace to be a gifted and versatile sound architect, creating self-contained soundscapes that stand on their own. Though the 22-year-old is best known for the industrial trap bombast of his biggest hit, The Beat Tape runs a gamut of styles, while retaining Menace’s signature blown-out drums, unpredictable syncopation, and supernatural sense of dynamics. From the sun-drenched, DJ Mustard/Dr. Dre hybrid G-Funk of “Summer Time,” to an ambient stomp formidable enough to rival Clams Casino on “Zone,” to Southern fried Chipmunk Soul on “Country Grammar” and “Better Days,” The Beat Tape proves that the young Mancunian can hang with the best producers in the business. The Beat Tape is available to download from Datpiff.

Explains Menace, “Most people only know me as the ‘the dude who produced “Panda,”’ so to show people the other side of me and what I’m capable of, I’m going to be releasing a series of Beat Tapes every few months. I’ve been making beats for several years now and my YouTube page is where most people have found my work but I want to make a project where people can DL it and travel with it. You’ll see that my beat tape isn’t just suitable for artists looking for beats, but also for regular music fans. My beats are songs just by themselves; they’re dope on their own, even without a rapper on them. On here, I have dancehall beats, RnB beats, and rap beats, to show my diversity, and I even put a soundtrack-type beat, inspired by The Last Samurai, at the end of the project. I would love to soundtrack a film one day.”

One year ago, Menace sold a “Wale/Ace Hood/Meek Mill-Type Beat” to Desiigner, a then-unknown Brooklyn teenager, unwittingly creating one of the biggest hits of 2016. “Panda” was one of the year’s most inspiring stories of overnight success, generating buzz with local airplay, Soundcloud streaming, and word-of-mouth before reaching the ears of Kanye West, who sampled the song on his hugely popular The Life of Pablo, which catapulted the song into a national smash. Among the single’s many accomplishments:

Born to Pakistani-immigrant parents in Manchester, UK, Adnan Khan grew up idolizing Jay-Z, Dr. Dre and Scott Storch, the producer of hits like 50 Cent’s “Candy Shop” and Fat Joe’s “Make It Rain.” He threw himself into Hip-Hop production in his teens, eventually reaching a schedule of making 2-3 beats per day, selling the completed works to rappers in need of instrumentals. Before hitting it big with “Panda,” Menace worked as a mobile phone repairman while churning out tune after tune, posting new beats made from scratch to YouTube every two to three days. With the attention of hip-hop giants, critical praise from the likes of Rolling Stone, XXL, Red Bull, and FACT Mag, and potentially more collaborations with Desiigner, Menace is ready to assume his place as one of the premier producers in Hip-Hop.

Bio, photos, and streams can be found here: www.audibletreats.com/menace