Lucki Shares Video for “No Joke” from Almost Woke Double-Single

The Chicago Native Announces the 11-Date “Almost There” Tour, Kicking Off In August 2021

The Video for “No Joke” Follows Recent Clips for “LifestyleBrazy” and “Greed” ft. Lil Yachty 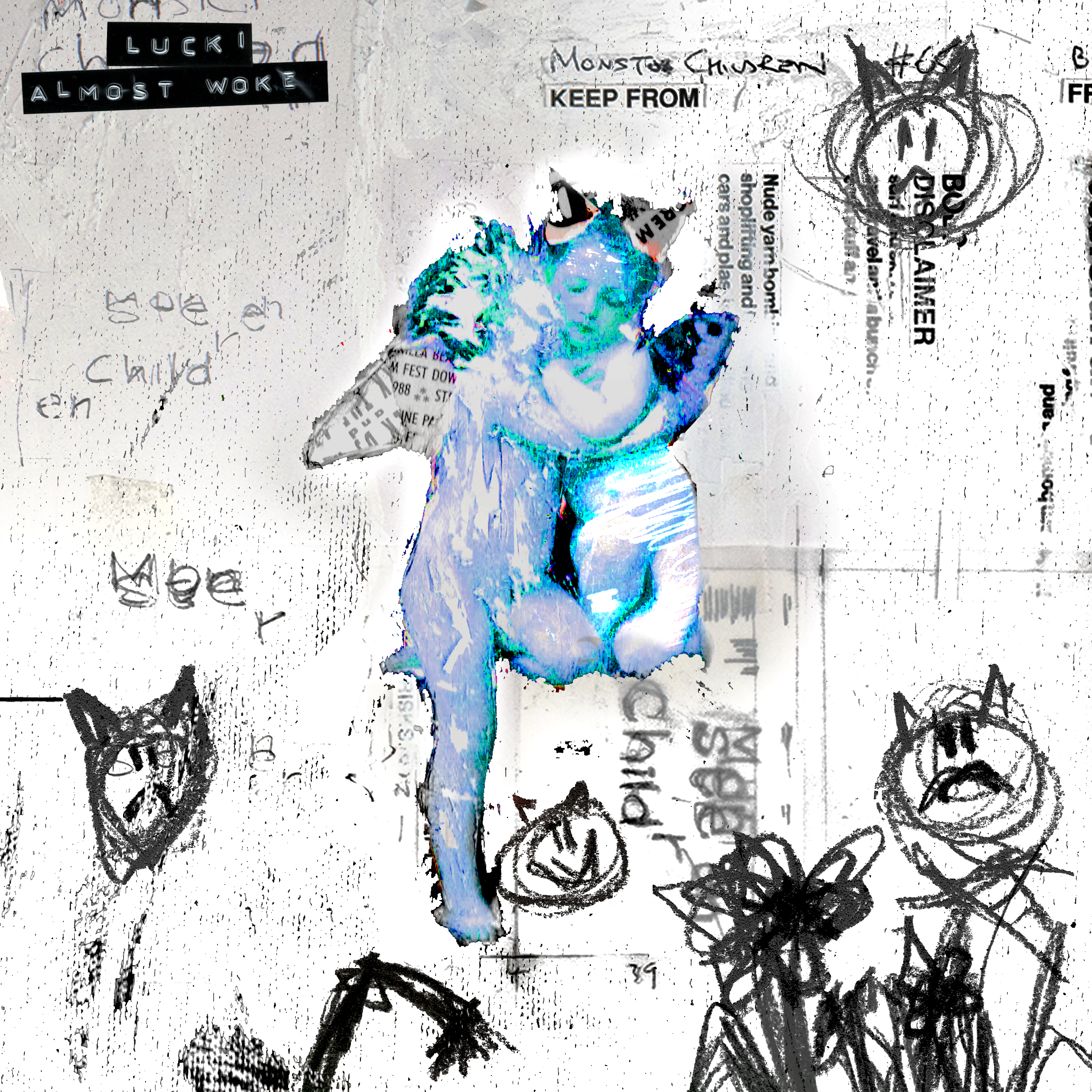 Favoring expansive and wavy instrumentals, Lucki excels at drawing listeners into his world with his laid-back flow. Separating himself from the pack, the Chicago rapper shares “No Joke,” his new music video. Produced by Adio and Plu2o Nash, “No Joke” is a dizzying and immersive trap track that gives Lucki a percolating canvas for him to run down what makes him different: “I blew n***s’ chains on lean/I spent two pints on your ho/I’m in a spaceship with comets/Riding down Peachtree on Tris.”

Directed by Wonton, the video for “No Joke” uses shaky camera movement and eye-catching effects to provide a glimpse into Lucki’s foreign-riding, band-stacking lifestyle. “No Joke” is one half of Almost Woke, Lucki’s recently-released double-single, which also featured the atmospheric banger “LifestyleBrazy” and its Lonewolf-directed video. Earlier this year, Lucki teamed up with Lil Yachty for “Greed,” a flute-laden trap track that racked up over 3.5 million combined plays on YouTube and Spotify.

Along with “No Joke,” Lucki announces the “Almost There Tour,” an 11-date excursion. Kicking off in Phoenix on August 4th, the upcoming dates mark Lucki’s first live shows since Lucki’s sold out 2020 tour, and will feature the first-ever live performances of songs from his acclaimed 2020 album Almost There.

Tickets are available for sale at FlawlessLucki.com. 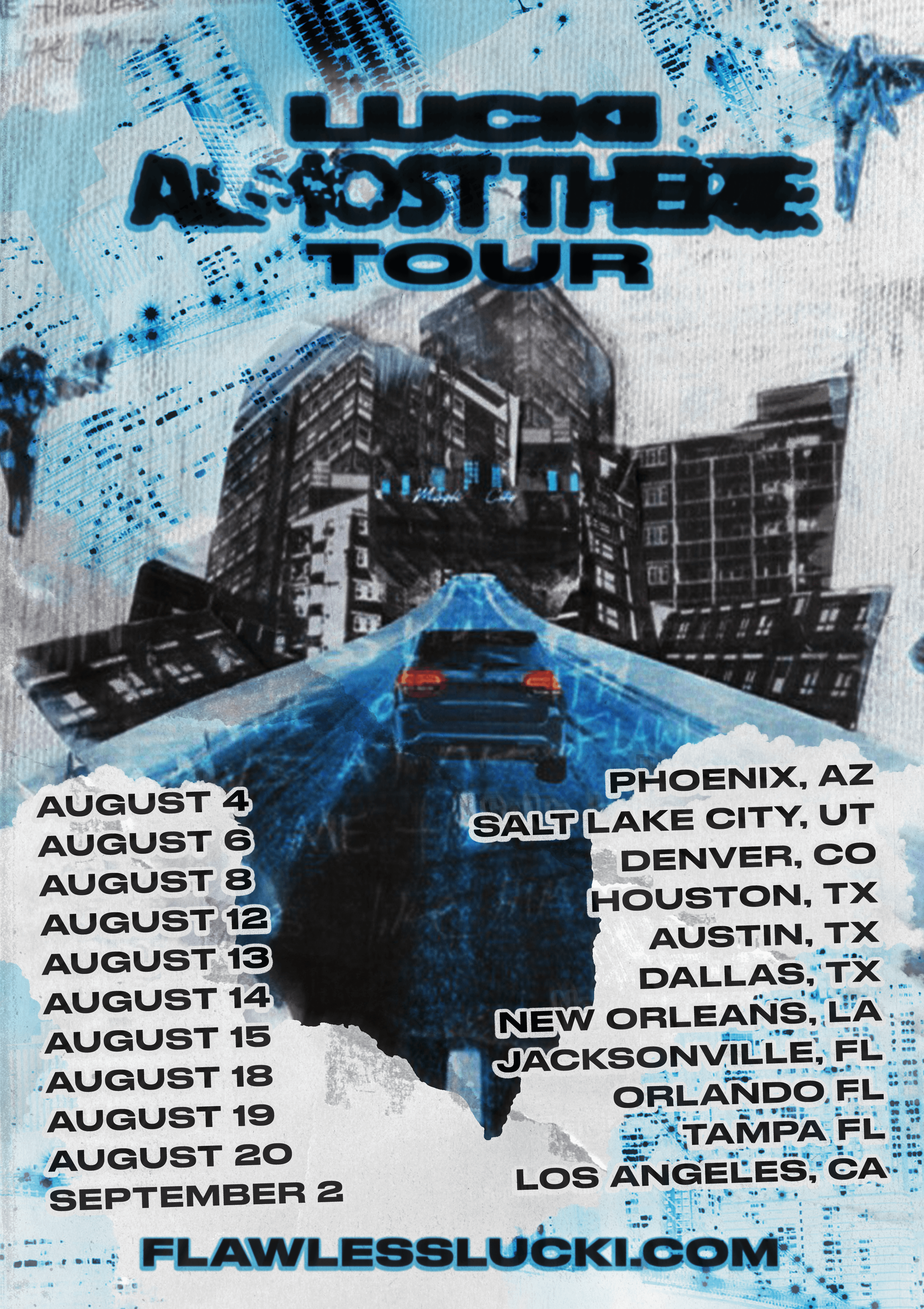 Cultivating an ever-growing following since he debuted in the rap game in 2013 at 17, Lucki has earned glowing praise from both critics and industry figures, including shoutouts from Pharrell and Justin Timberlake. He’s collaborated in the past with the likes of A$AP Rocky, Chance The Rapper, Playboi Carti and many others. The rapper formerly known as Lucki Eck$ feeds his fans with a consistent output of boundary-pushing music that plumbs the depths of his soul.

Lucki had a breakout year in 2019, during which Lucki collaborated with ChaseTheMoney and Earl Sweatshirt, released acclaimed projects Freewave 3 and Days B4 III, and earned praise from Pitchfork, who raved “Lucki’s music works so well in large part due to his ear for production, plodding hi-hats that make it feel like your brain is stuck in quicksand, and his eerie, doomsday melodies.” 2020 was another banner year for the young artist, featuring the release of his 12-track project Almost There, home to the fan favorite single “Faith.”

Hard at work on his next project, the proudly independent artist looks to take the next step in 2021. Stay tuned for much more Lucki in the weeks and months to come.