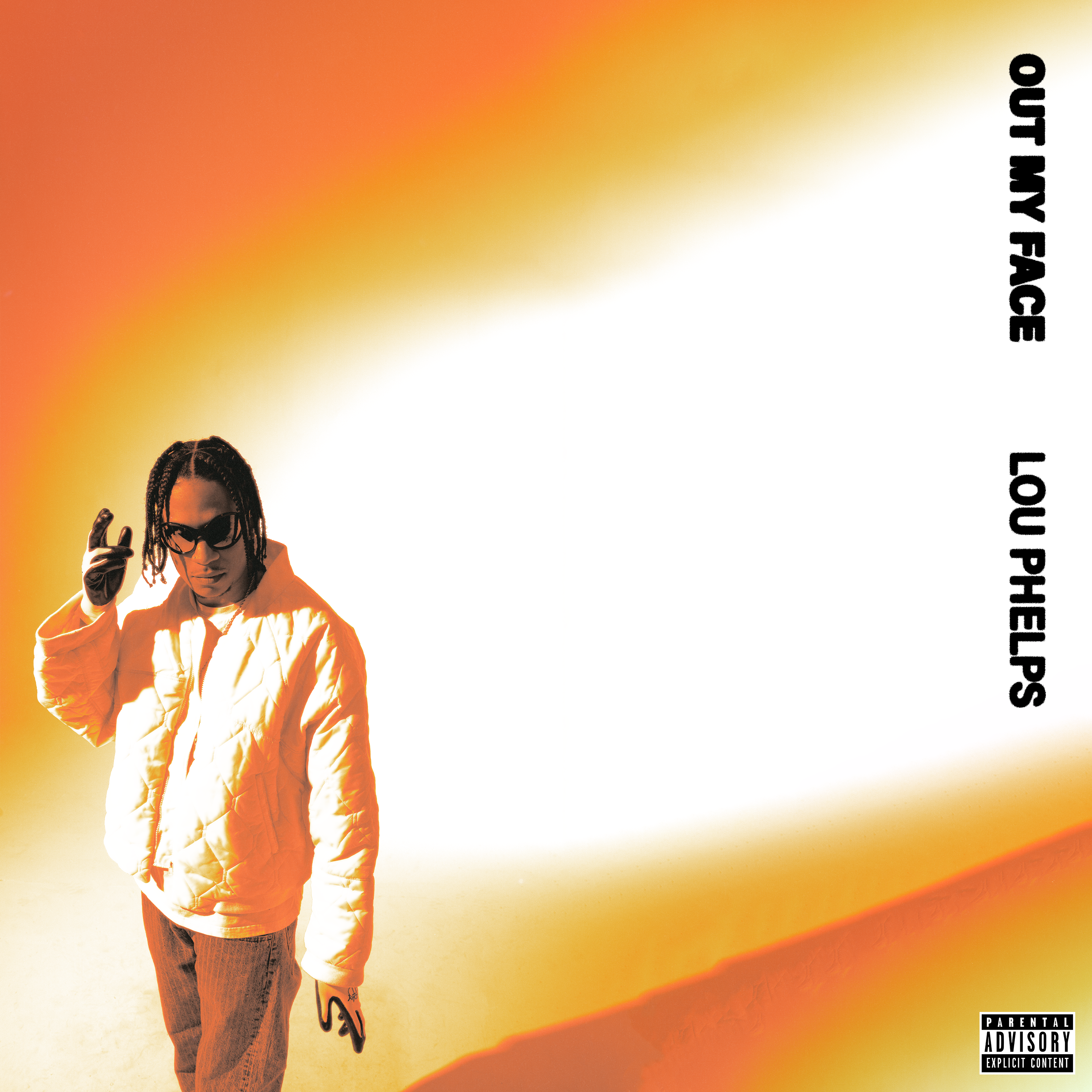 “Meet Lou Phelps, the Montreal Rapper Stepping Into His Own Light” – DJ BOOTH

“The single is hip-hop to its roots, with Phelps’ rapping providing the driving force” – Dancing Astronaut

Lou Phelps emerged from the hyper-creative Montreal rap scene with bottomless flexes and exquisite taste in beats. Turning in the latest in a long line of electric collaborations with his brother KAYTRANADA, Phelps shares “Out My Face,” a new video single. KAYTRANADA slows down the tempo, layering airy vocal synths with insistent 808s and fluttering keyboard melodies. Lou rides with wave with precision, inserting himself into the beat’s negative space with whispered ad-libs and sharp boasts about his self-made status: “Spent a bag at LIV/That’s just how I live/Get it by myself, even Papa wasn’t here.”

The song arrives with a stylish video that captures a slice of Phelps’ life as a performer. Directed by Lou’s stalwart creative partner Igal Perets, who uses film grain and the fisheye lens to enhance the images, the “Out My Face” video combines clips of Lou in his element, whether he’s hanging with KAYTRANADA backstage or performing in front of sold out crowds, with more casual shots of the rapper chilling in his stylish home. The new clip inserts bits of unrehearsed dialogue that reveals more about Lou’s charmingly party-positive personality.

“Out My Face” is Lou’s first release since Touché, a vibrant new EP. A three-pack of futuristic fire, Touché features two songs produced by KAYTRANADA and the single “Here We Go,” Lou’s first-ever self-produced single. Touché  EP is Lou’s first release with Rostrum Records, and is released in conjunction with Stand Up Guy Records, a new imprint founded by KAYTRANADA, of which Lou is partner. The follow-up to 2020’s Extra Extra project, and to “Sound Of Money,” Lou’s recent collaboration with Madlib, Touché EP is a turning point for the young rapper as he looks to expand his empire from his MTL hometown to the rest of the world, Touché is available everywhere via Rostrum Records/Stand Up Guy Records.

Watch “Out My Face”: https://www.youtube.com/watch?v=X14zdIy6hFw

Stream “Out My Face”: https://LouPhelps.lnk.to/OutMyFace 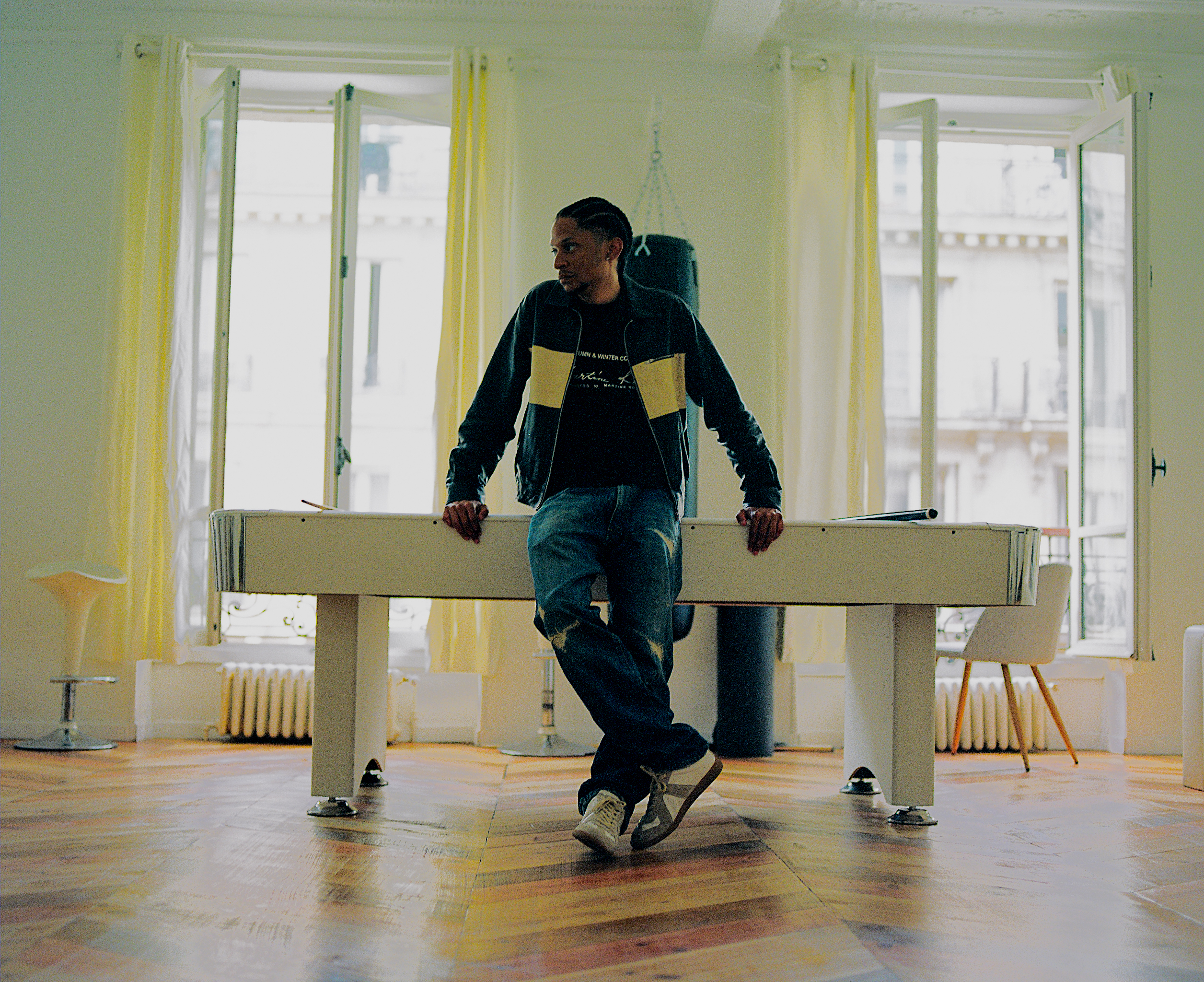 A fixture in the bustling Montreal underground, Lou Phelps makes music that’s as easy to dance to as it is hard to classify. Lou started making music in 2011 with his older brother Kevin, aka the Polaris Prize-winning producer KAYTRANADA, forming a future-rap group called The Celestics. Using the moniker Louie P, Lou developed a reputation for creating tasteful and danceable electro rap. The artist earned a JUNO Award nomination for his 2017 debut project, 001 Experiments, and in 2018, made waves online with his project 002 / LOVE ME and its highlight track “Come Inside.” Since releasing his EXTRA EXTRA EP in 2020, home to the hit single “Must Be” (4.7+ million Spotify streams) Lou Phelps has been biding his time, waiting for the perfect time to strike with his most creatively fulfilling music yet. Now signed to Rostrum Records, Lou Phelps is ready to let the world know that no one can do it like he can.