Lonr. Blends Genres with Land Of Nothing Real 2 Project, Out Now via Epic Records

Blending Elements of Trap, R&B, Rock, and More Into a Singularly Sonorous Mix, the New Project Spans 8 Tracks and Sports a Guest Appearance From Yung Bleu

“After his performance of the earnest yet restrained ‘Make the Most’ had viewers’ mouths agape during the 2020 BET Awards, he just might be quietly stepping into his own spotlight.” – Billboard

“Lonr.’s music will take you on a tour of the future.” – DJ Booth

Dedicated to confounding expectations and versatile enough to escape from any box people try to put him in, rising singer-songwriter Lonr. is in a category of his own. Coming though with a body of work that delivers on his immense potential, Lonr. shares Land Of Nothing Real 2, an new project. The project is a showcase for Lonr.’s sharp songwriting, punctuated by soaring hooks and Instagram caption-worthy lyrics.

Following up his 2020 breakthrough project Land Of Nothing Real, the 8-track effort reflects Lonr.’s broad array of musical interests, rock-influenced ragers like “RENT FREE” and mosh pit-appropriate bangers like new single “RED LIGHT,” to romantic ballads like the recently-released “READ MY MIND” ft. Yung Bleu (483k YouTube views) and the acoustic “HI LONR.” Along with his pen and his production–the 24-year-old multi-talent had a hand in the production for each of the project’s tracks–Lonr. captivates with his frayed nerve vocals, which switches from smooth crooning to energetic belting at the drop of the hat, all in tune with the emotion of the song. Land Of Nothing Real 2 is available to stream everywhere via Epic Records.

Along with the new project, Lonr. shares “CUFFIN,” a video for a project highlight, with an appearance from guest verse goddess Coi Leray. A sweetly romantic slow jam, “CUFFIN” finds Lonr. working the upper register of his tenor vocals, alternating between triplet rhymes and angelic vocal runs as he sings about locking down the one he loves: “We fly to the moon, reach for what you like/It’s all for you, girl just catch a vibe.” On her verse, Coi Leray provides a softly-sung countermelody to Lonr.’s hook, completing the song’s emotional arc by returning his statements of devotion. In the video, directed by Matt Earl, Lonr. takes his dirtbike to the remote reaches of the California wilderness, where he has a rendezvous with Coi under the shimmering night sky.

Land Of Nothing Real 2 is the latest step in Lonr.’s upward music-making trajectory, which originated in his hometown of Onset, a small town in Massachusetts near Cape Cod. Citing influences that range from Kurt Cobain to Andre 3000 to Japanese composer Ryuichi Sakamoto, Lonr.’s unique musical sensibility caught the attention of H.E.R., who became a frequent collaborator of his, including on Lonr.’s 2020 Billboard #1 Urban AC hit “Make The Most,” which Lonr. performed at the 2020 BET Awards. After earning three GRAMMY nominations working with H.E.R., Lonr. broke out in a big way in late 2019 with his song “AM,” which caught fire on TikTok to the tune of over 1 million video creations and racked up over 28 million streams on Spotify alone.

“AM” and “Make The Most” appeared on Lonr.’s debut project Land Of Nothing Real, a 7-track effort that found critical acclaim, earning attention from the likes of Billboard, The FADER, NPR, Uproxx, Audiomack, V Magazine, XXL and more, while he also opened on tour for Cordae. Most recently, he released “Save My Love” ft. Amber Mark, the lead single taken from the blockbuster Reminiscence soundtrack. Now signed to Epic Records, Lonr. is primed to explode into the national consciousness as he blazes his own unique trail to superstardom.

Land Of Nothing Real 2: https://lonr.lnk.to/landofnothingreal2

Land Of Nothing Real 2 tracklist: 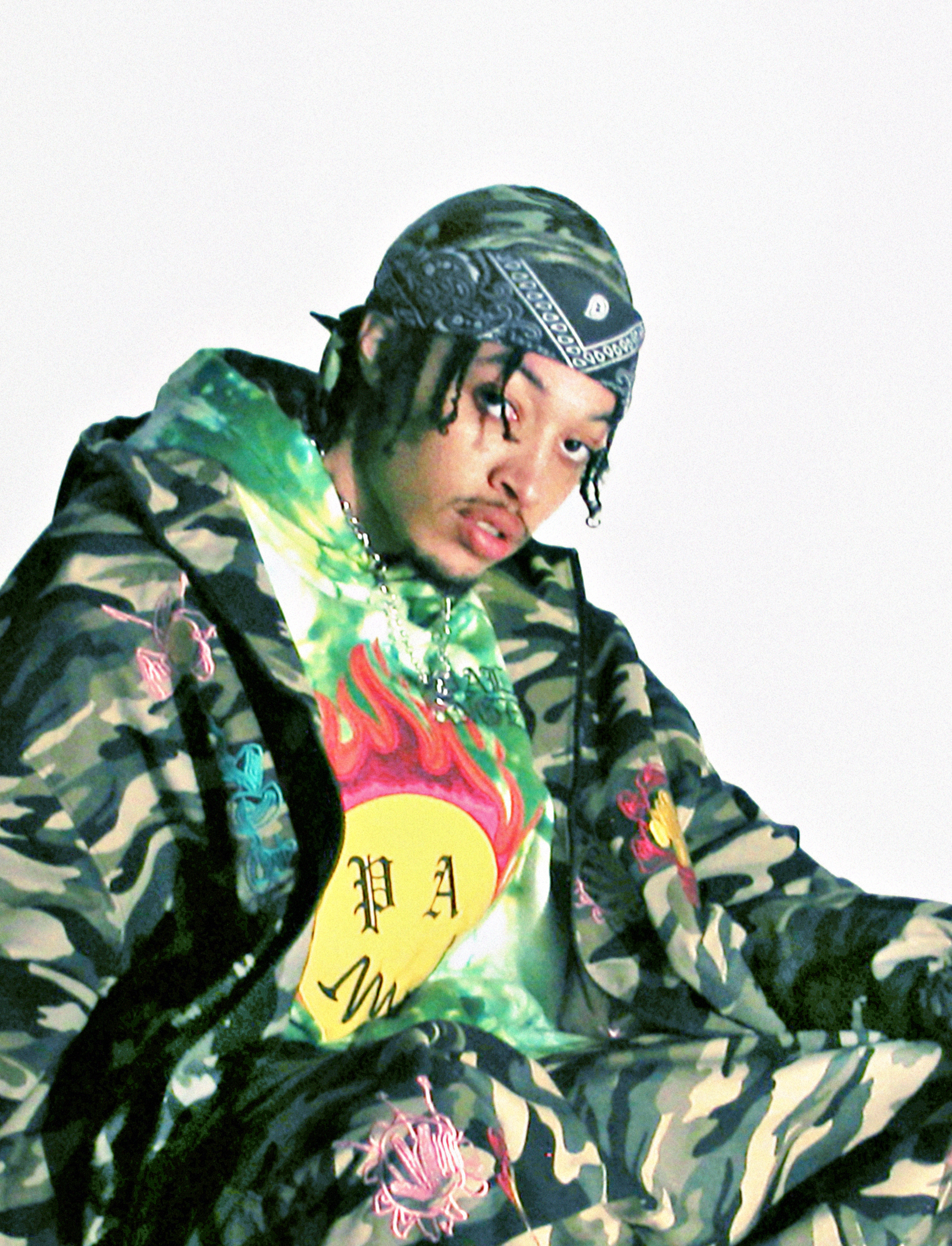 Lonr. refuses to conform. The mere mention of labeling his music makes his stomach turn. “If we’re gonna name genres, we’ve got to name, like, seven,” the 24-year-old singer, songwriter, and producer says. “I am not in a box, and I never will be. I do hip-hop. I do rock. I do punk. I do grunge. I do indie. A little R&B. I do everything.” And he certainly poured his all into the new Land of Nothing Real 2 EP, on which elastic, genre-fluid songwriting is used to grapple with a lifetime of loneliness, of constantly feeling like his individuality was under siege. It’s an extension of his goals since he adopted the name Lonr.: To present a true and complete version of himself and to inspire others to do the same.

Land Of Nothing Real 2: https://lonr.lnk.to/landofnothingreal2

Land Of Nothing Real: https://smarturl.it/Lonr_LoNR