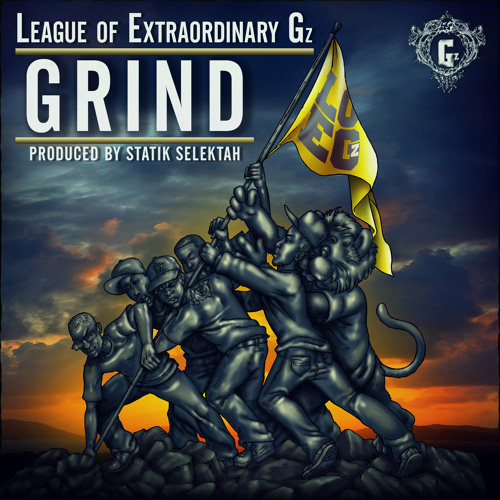 Fresh off the release of their debut album, #LeagueShit, eight-member Austin rap group League of Extraordinary Gz drop an exclusive, non-album single today on Brooklyn Vegan. The track, titled “Grind,” was produced by Boston-based DJ Statik Selektah, who got in contact with the LOEGz after seeing the crew perform at last year’s SXSW.

League emcee Greezo tells us the message of the track is to let newcomers know that grind is everything in the rap game. “Most aspiring rappers assume that there’s not much to do outside of rapping. With this track, we were echoing the same message Goodie Mob did: ‘You need to git up, git out, and git something!'” Statik’s scratches on the hook of “Grind” give it an old-school, east-coast feel, which Greezo says “we aren’t too accustomed to as Southern artists, but in the end it came out dope.”

The LOEGz’ new album, #LeagueShit, was released earlier this month and features appearances by Slim Gravy of A.Dd+, Grupo Fantasma, Dead Prez, and Bavu Blakes. Recently passed League member Esbe Da 6th Street Bully can also be heard rapping on the release. #LeagueShit is available for streaming on DJ Booth and for purchase on iTunes.