The Third Installment in the South Sider’s Signature Mixtape Series is Home to “F*ck My Cousin, Pt. II” ft. Lil Durk, Plus Buzzing Singles Like “Glah Glah” and “Real Pain” 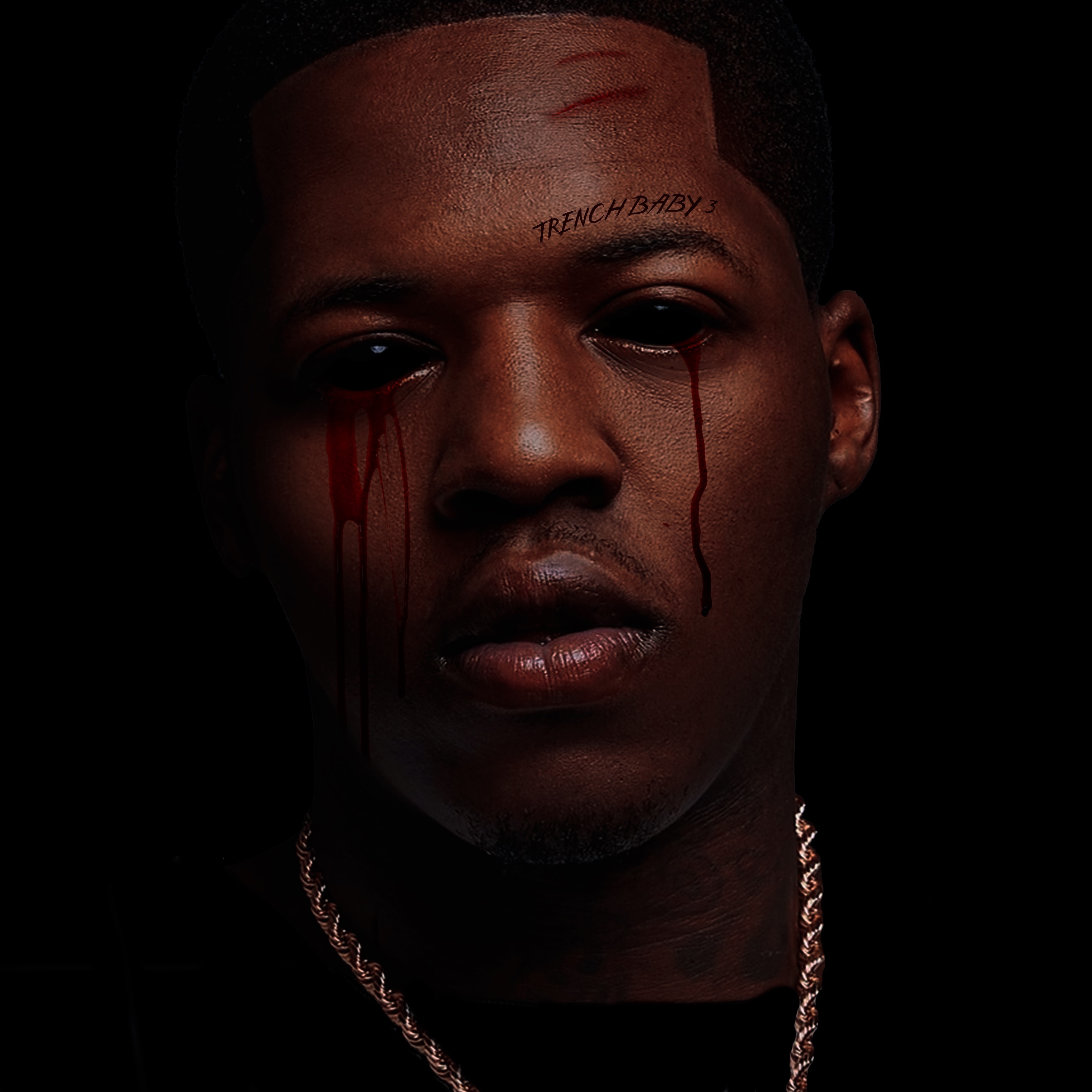 His ragged debut ‘Hood Bible’ became an Auto-Tuned manifesto for the streets and proved what Lil Zay could accomplish in quieter moments, with reflective music that felt more sorrowful about the past than anchored by tall tales. – Pitchfork

Looking at Osama’s career so far, you’ll see that forging his own path has made him into one of Chicago’s most well-known burgeoning rap stars. For nearly the last three years, Osama’s pensive street music has become the soundtrack to the city’s newest trap movement. – DJ Booth

August 18, 2022 (Los Angeles, CA) – Lil Zay Osama specializes in street tales that take an unapologetic and unfiltered glimpse of the Chicago streets on which he was raised. Zay shares the DrewFilmedIt-directed video for “Set Up” ft. Fredo Bang. A highlight from his new mixtape Trench Baby 3, “Set Up” features an appearance from Fredo Bang, whose soulful drawl is a perfect complement to Zay Osama’s nimble delivery. The video finds Lil Zay Osama and Fredo Bang executing a set up of their own–Zay convinces his girlfriend to seduce a man at the gas station in a ruse to put him in a vulnerable position for a lick. The “Set Up” video is the latest in a line of quality videos from Lil Zay Osama, including last week’s visceral clip for “Chase ‘Em Down” ft. G Herbo, another Trench Baby 3 highlight.

Trench Baby 3 is home to the recent hit “F*ck My Cousin, Pt. II,” a no-holds-barred collaboration between Lil Zay Osama and Lil Durk that is tearing up the streets in Chicago with over 8 million video views on YouTube, along with previously released singles like “Real Pain,” a moving ballad about the struggle, and “Glah Glah” (3 million views on YouTube), a hustler’s anthem named after Zay Osama’s signature ad-lib. Featuring additional appearances from PGF Nuk and Icewear Vezzo, Trench Baby 3 is available everywhere via Warner Records.

Lil Zay Osama’s visual ambitions extend beyond music videos–the South Sider conceptualized and starred in Trench Baby: The Series. Inspired by the mixtape, the four-part series tells a tale of betrayal, survival, and revenge on the South Side of Chicago. The full Trench Baby series is currently streaming on Zay’s YouTube channel.

Packed with trauma and triumph, Trench Baby 3 reaffirms Lil Zay Osama’s status as one of Chicago’s best. With over 300 million streams under his belt and coverage from the likes of XXL, Pitchfork, The FADER, Complex, Chicago Reader, Lyrical Lemonade and more, the young rapper is only just starting his rise. 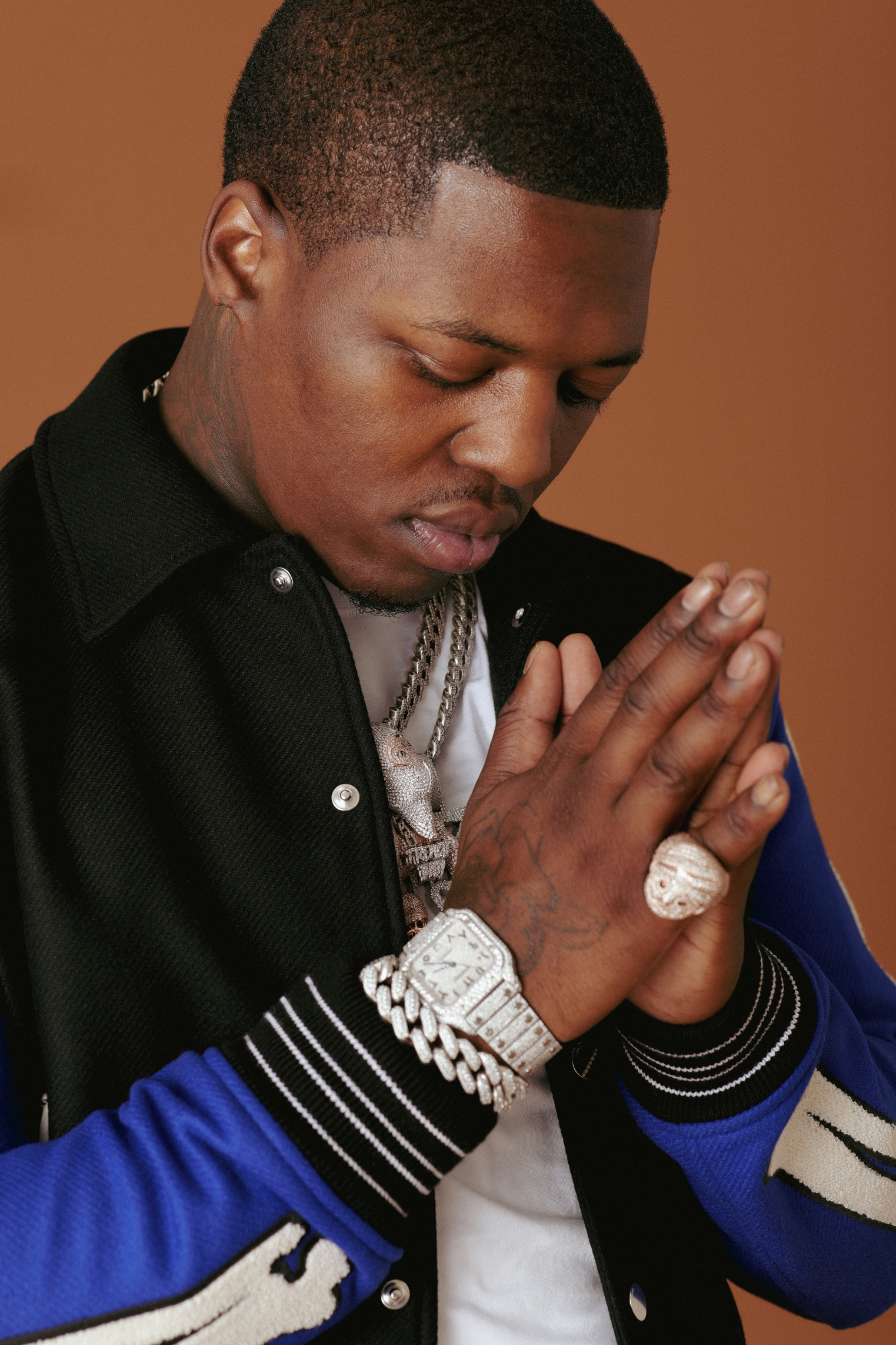 Lil Zay Osama makes “pain music.” That’s what the South Side native calls his combination of raw, gripping lyrics and a passionate delivery. One of Chicago’s most captivating young voices, the 23-year-old pens heart-wrenching street narratives riddled with eulogies for tragically lost family and friends. With booming drums and poignant melodies, somber trap production scores Zay’s tear-stained memoirs, auto-tune accentuating the hurt embedded in every syllable. It’s a sound that’s resonated far and wide, yet these songs talk directly to those born in the trenches. Since he arrived in 2019, Zay has continued to touch fans. His music encapsulates his greatest strengths and the emotional impact of his heaviest songs conveying the callousness of Chicago street life. A departure from the more celebratory Hood Bible (2019), which Zay recorded while glowing from signing to Warner Records, his latest duology Trench Baby and the recent Trench Baby 2 distill decades of unsettling truths and hard-earned wisdom.Trench Baby 2 as well as the follow-up deluxe edition, which included an array of street hits from “Rumors,” “Ride for Me” (with Jackboy)” to fan-anthems “61st to 64th,” and “We’ll Be Straight.” A gifted storyteller and melodic virtuoso, Zay is able to maneuver between different moods from drill to trap ballads, earning him the praise of XXL, Pitchfork, HipHopDX, Complex and more.