The San Francisco Rapper Recruits Bay Area Heavy Hitters for His Second Album, Shows His Side of the City in the “Concrete Jungle” Video 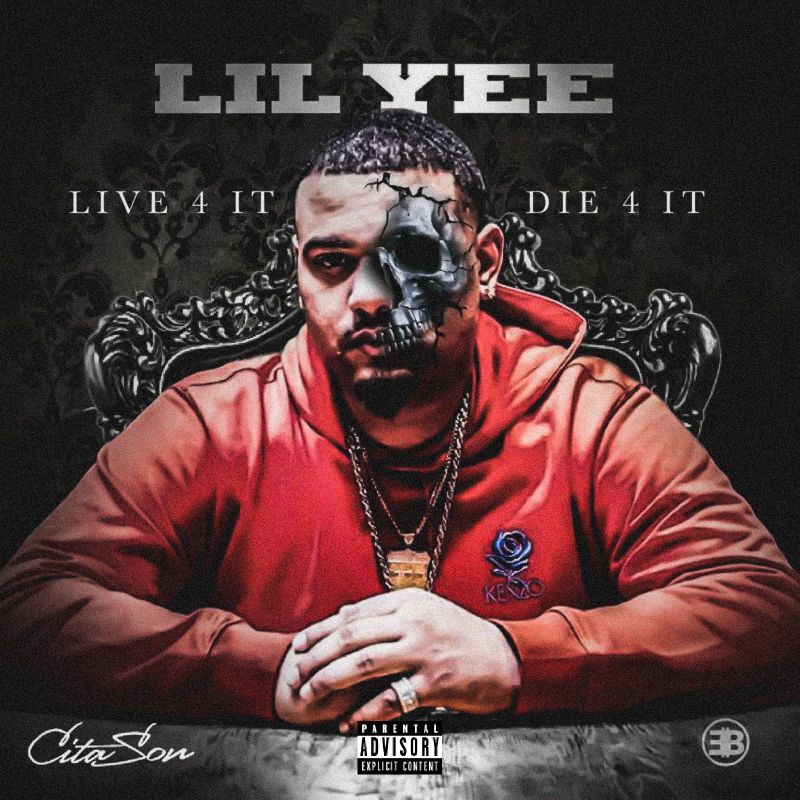 “Lil Yee is dope. He’s from Filmore, and has a song called ‘Hopeless’ that I have on repeat right now. I’m a little late on that record, but it’s still on that repeat. When I heard him, I thought that he was making some music that wasn’t just local-sounding. It sounds like it could be played everywhere.” – Clyde Carson in an interview with The BoomBox

With a voice that reflects the trauma caused by life on the streets, Lil Yee is one of the Bay Area’s most relatable and melodic emcees. Coming through with a star-studded second album, Lil Yee shares Live 4 It, Die 4 It. Exploring sounds beyond his immediate home region, but still keeping his heart in his home of San Francisco, Lil Yee’s latest ping pongs from melodic trap and the snapping West Coast sound favored in L.A. and the East Bay. With production from Atlanta producers like FKI 1st, Zaytoven, Cassius Jay, and YK of 808 Mafia, plus sounds from Detroit’s Helluva and Oakland’s JuneOnnaBeat, among others, Yee’s follow-up to 2017’s Cita Son is a freewheeling, pan-regional affair, as the young rapper weds heartfelt lyrics with infectiously loping melodies. Featuring the flex-happy anthem “Designer Baby,” which released in July and has over 387k video views, and with appearances from E-40, Mozzy, Lil Pete, FMB DZ, and with a posthumous verse from The Jacka, Live 4 It, Die 4 It arrives via G-Affair/EMPIRE.

Shining a spotlight on the less-seen areas of America’s most prosperous and unequal metropolises, Yee shows us his side of San Francisco in “Concrete Jungle,” Live 4 It, Die 4 It‘s accompanying video single. Produced by YK of 808 Mafia, the omnipresent ATL production collective, “Concrete Jungle” is a downtempo trap ballad. Yee’s gentle croon floats above sparse guitar and rattling hi-hats, as he sings about the violence of his neighborhood and the pain he feels: “When my cousin lost his life, I started thuggin’/Wanted to jump inside that casket with him/Goddamn, I miss him.” In the video, hosted by No Jumper, Yee and his crew post up in the Tenderloin District, pouring lean as they explore their neighborhood.

San Francisco native Stacey Antonio Gilton, better known as Lil Yee, long suspected music was a natural talent of his, but only recently realized that he could make it a career–lifting up not only himself, but his neighborhood as well. Growing up in SF’s Fillmore District, the home of Mob Music, Lil Yee admired the music of local heroes like Messy Marv and The Jacka, as well as East Coast legends like Mobb Deep, Biggie Smalls, and Nas. Combining a gritty East Coastinfluenced sensibility with the bouncy nature of his hometown sound, Lil Yee quickly found an audience, earning millions of YouTube views on songs like “We Livin Hopeless,” “War,” and “Designer Baby.” Though he’s collaborated with a host of Bay Area artists, including Philthy Rich, Prezi, SOB x RBE, Nasty Nate, and many others, and rhymed over beats from the likes of Zaytoven and Cassius Jay, Lil Yee grounds his motivations in the neighborhood he grew up in, hoping to inspire his fellow Bay Area residents with his music. “I make music for people going through the struggle,” says Lil Yee. “I talk about the ups and downs of the life experiences I’ve been through. The best part of making music is the love and passion and inspiration from my fans. People hit me in my DM’s and say, ‘man, that song is helping me get through life.’ Helping people is the best feeling.”

“See About It” ft. Slimmy B of SOB x RBE: https://www.youtube.com/watch?v=hj4Tjbqhd04