The San Francisco Rapper Recruits Detroit’s FMB DZ and Fellow Fillmore District Native Lil Pete for a Hyperactive and Thoughtful Highlight from the Upcoming Live 4 It, Die 4 It EP 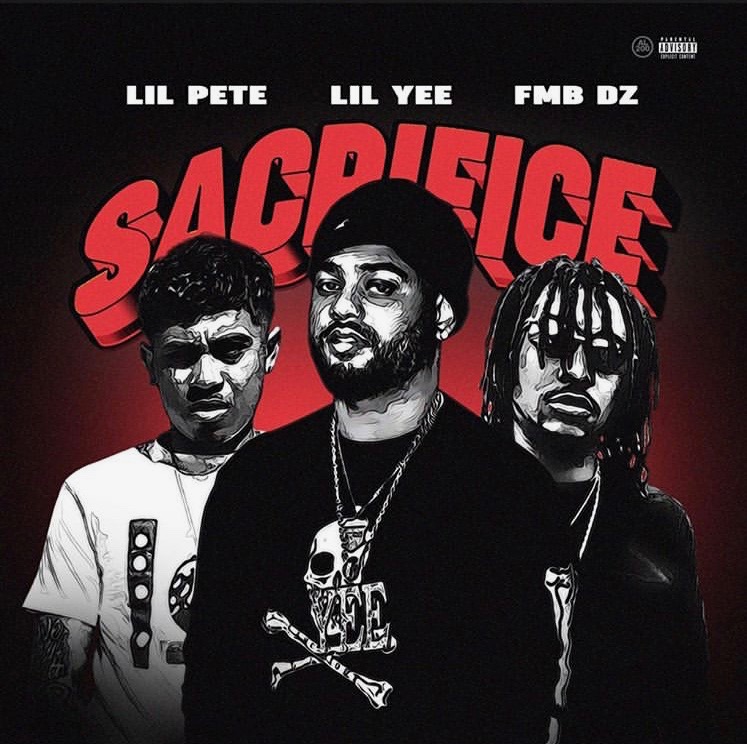 “Lil Yee is dope. He’s from Filmore, and has a song called ‘Hopeless’ that I have on repeat right now. I’m a little late on that record, but it’s still on that repeat. When I heard him, I thought that he was making some music that wasn’t just local-sounding. It sounds like it could be played everywhere.” – Clyde Carson in an interview with The BoomBox

Regional hotbeds with distinct sounds, Detroit and the Bay Area share a deep connection in hip-hop. Recruiting the Bay’s Lil Pete and Detroit’s FMB DZ, San Francisco rapper Lil Yee shares “Sacrifice,” a blistering and powerful new single. With a beat that showcases the uptempo piano arpeggios native to D with the rubbery bass of Bay Area mob music, “Sacrifice” is a moving hybrid of the two regional sensibilities. The track kicks off with a verse from DZ, who sprints ahead of the beat to reflect on his sacrifices, before Yee comes in with a smooth and plaintive hook and Lil Pete (who happens to be Lil Yee’s cousin) rocks a sing-song cadence. “Sacrifice” is the latest single from Live 4 It, Die 4 It, Yee’s upcoming EP, following the lead single and video “Red Eagle,” produced by Zaytoven and Cassius Jay and premiered by HYPEBEAST.

The proper follow-up to his 2017 album Cita Son, Live 4 It, Die 4 It finds the young rapper expanding his style, moving beyond the traditional Mob music styles of his home neighborhood towards melodic trap and the snapping West Coast sound favored in L.A. and the East Bay. With production from FKI 1st, Zaytoven, Cassius Jay, Helluva, and YK of 808 Mafia, Yee’s upcoming tape is a freewheeling, pan-regional affair, and the San Francisco rapper crosses boundaries with his inimitable style. Featuring the flex-happy anthem “Designer Baby,” which released in July and has over 387k video views, and with appearances from E-40, Mozzy, Lil Pete, FMB DZ, and with a posthumous verse from The Jacka, Live 4 It, Die 4 It comes out on March 22nd via G-Affair/EMPIRE.

San Francisco native Stacey Antonio Gilton, better known as Lil Yee, long suspected music was a natural talent of his, but only recently realized that he could make it a career–lifting up not only himself, but his neighborhood as well. Growing up in SF’s Fillmore District, the home of Mob Music, Lil Yee admired the music of local heroes like Messy Marv and The Jacka, as well as East Coast legends like Mobb Deep, Biggie Smalls, and Nas. Combining a gritty East Coastinfluenced sensibility with the bouncy nature of his hometown sound, Lil Yee quickly found an audience, earning millions of YouTube views on songs like “We Livin Hopeless,” “War,” and “Designer Baby.” Though he’s collaborated with a host of Bay Area artists, including Philthy Rich, Prezi, SOB x RBE, Nasty Nate, and many others, and rhymed over beats from the likes of Zaytoven and Cassius Jay, Lil Yee grounds his motivations in the neighborhood he grew up in, hoping to inspire his fellow Bay Area residents with his music. “I make music for people going through the struggle,” says Lil Yee. “I talk about the ups and downs of the life experiences I’ve been through. The best part of making music is the love and passion and inspiration from my fans. People hit me in my DM’s and say, ‘man, that song is helping me get through life.’ Helping people is the best feeling.”

“See About It” ft. Slimmy B of SOB x RBE: https://www.youtube.com/watch?v=hj4Tjbqhd04