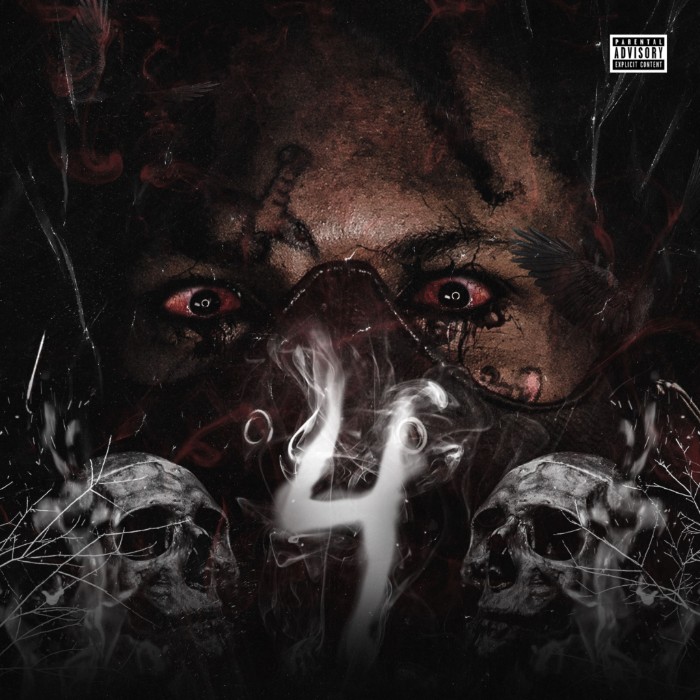 “Lil Wop has quickly become one of the most promising young rappers to recently emerge from Atlanta’s ever-evolving scene.” – HYPEBEAST

“The Midwest rapper, who also happens to be Famous Dex’s cousin, is brewing up to have a breakout year.” – XXL

“It goes without saying that once you hear Lil Wop once, you’ll start getting all of his songs stuck in your head.” – Lyrical Lemonade

Blowing out speakers with his croaking voice and his penchant for subterranean bass, ATL-via-Chicago riser Lil Wop expands the boundaries of rap music. Coming through with his latest opus, blending elements of trap, horrorcore, and metal, Lil Wop shares Wopavelli 4, a new mixtape. Packed with eerie, mind-expanding beats from ChaseTheMoney, Brodinski, Digital Nas, Ayo, and others, Wopavelli 4 finds the young rapper stretching the limits of his voice, crafting clipped and distorted bangers, enhanced by his signature vocal fray. The tape features the previously released single “Hugh Hefner,” a bite-sized banger with a hedonistic video, which received an XXL premiere for its video in late July, as well as “Ghoul,” which dropped shortly afterward and has over 200k YouTube views. With Lil Wop holding down the mixtape’s 19 tracks, including highlights such as the menacing “Don’t Step On My Saint-Laurents” and the satanic “Cult,” and featuring an appearance from Big Adolf, Wopavelli 4 hits digital distributors courtesy of 1017 Eskimo/Alamo.

Born and raised in Chicago, Louis MacPherson grew up idolizing local heroes like Chief Keef, Fredo Santana, and G Herbo, but he held a special place in his heart for Gucci Mane. Naming himself Lil Wop, a play on Gucci’s nickname Guwop, Lil Wop dedicated himself to his rap career when he moved to Atlanta, recording and shooting videos on a regular clip. Eventually, his video for “Lost My Mind” caught the ear of Gucci Mane himself, who signed Wop to his fledgling 1017 Eskimo label. Since the signing, Lil Wop has rapidly expanded his fanbase on the strength of his Wopavelli mixtape series, culminating with the pure evil Wopavelli 4.

Every artist dreams of having a meaningful exchange with their inspiration. Lil Wop was sought out by his. For years, the energetic spitter was drawn to Gucci Mane’s honesty, fearlessness, and nimble delivery. Less than a year ago, the prolific and veteran hit-maker reached out to the Atlanta-based rapper with the Wopavelli mixtape series. “He was like, ‘I want to sign you; I don’t care what it takes,’” the younger artist recalls. When Big Guwop checked out the “Lost My Mind” video on Worldstar, he was one of the millions who were captivated. Lil Wop possesses an attitude and confidence in his blunt verses. On that viral hit, he compared himself to his idol in the opening lines. With his trademark gruff delivery, Wop seemed to already be living out a rockstar’s lifestyle, while never abandoning his Trap roots. “I was at a loss for words with the whole situation,” he recalls. He soon signed with 1017 Eskimo/Alamo Records. Over a year later on Halloween 2018, Lil Wop released Wopavelli 4, his biggest and most focused project. On the heels of gripping video singles, “Pint Of Blood” and “Hugh Hefner,” the rapper who clawed his way into his position steers the course with an energetic and eerie 19-track tape.