Finding the perfect balance of flirty R&B instrumentals and booming bass beats, Lil Tati aims to be the newest artist to blow up out of Miami. Now ready for his breakout moment, Tati shares NiNET33N, his new 10-track project, available everywhere via CFMB Records. The album’s title comes from its significance in Tati’s life such as Tati’s current age and the age Tati’s father was when Tati was born. Leaving behind his childhood love of basketball and video games, NiNET33N stands as a statement of growth for the 19 year old as Tati says, “I feel like I’m growing up now and my project is proof of that.” Tati is also paving the way for the next chapter in Carbon Fiber Music’s legacy, as the first artist signed to the label’s English-speaking arm, CFMB Records.

The new album is home to Tati’s recently released, flirty video single, “Up Late,” which featured a guest appearance from dancehall legend Mavado. Further demonstrating his versatility, Tati is joined by New York Drill rapper CJ on the cut “Came Up,” as their two voices perfectly meld over the heavy drill beats. Tati shines solo on the banger “Blah Blah Blah,” making sure to send the message that he’s done with toxic relationships, singing: “I hate when I talk and you don’t listen / I hate when you act like you know everything.” Continuing to roll out the red carpet of guest appearances, Carbon Fiber co-founder Farruko comes through to provide a Spanish verse on the radio-ready banger “She Got It.” Speaking on his creative vision for NiNET33N, Tati said “I like to describe NiNET33N as ten songs with all different sounds. Not everybody likes rap, and not everybody likes R&B, so I’m just giving you everything.”

With NiNET33N, Lil Tati looks to make a name for himself as the stars are aligned for this undeniable talent, and he’s only just getting started. Stay tuned for much more. 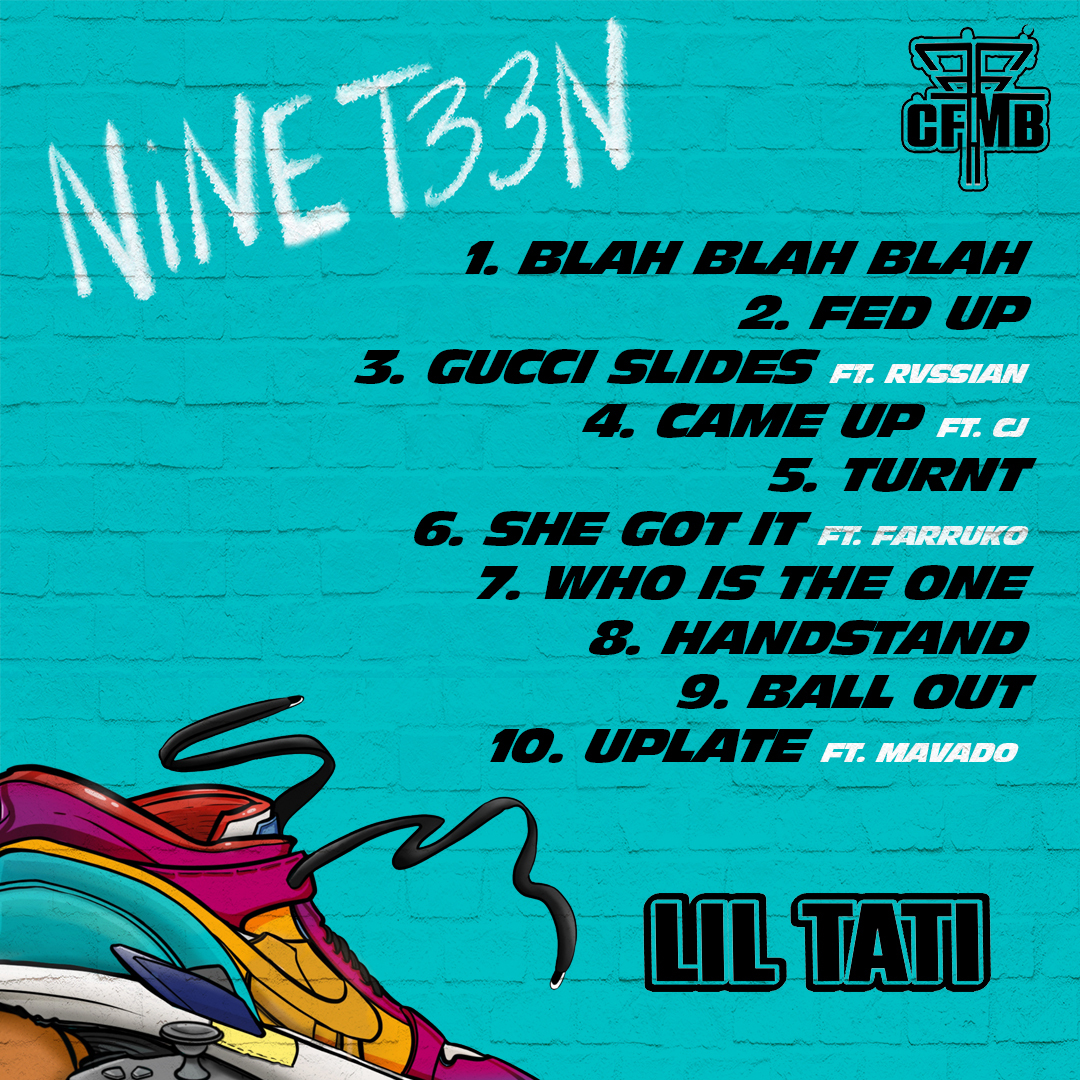