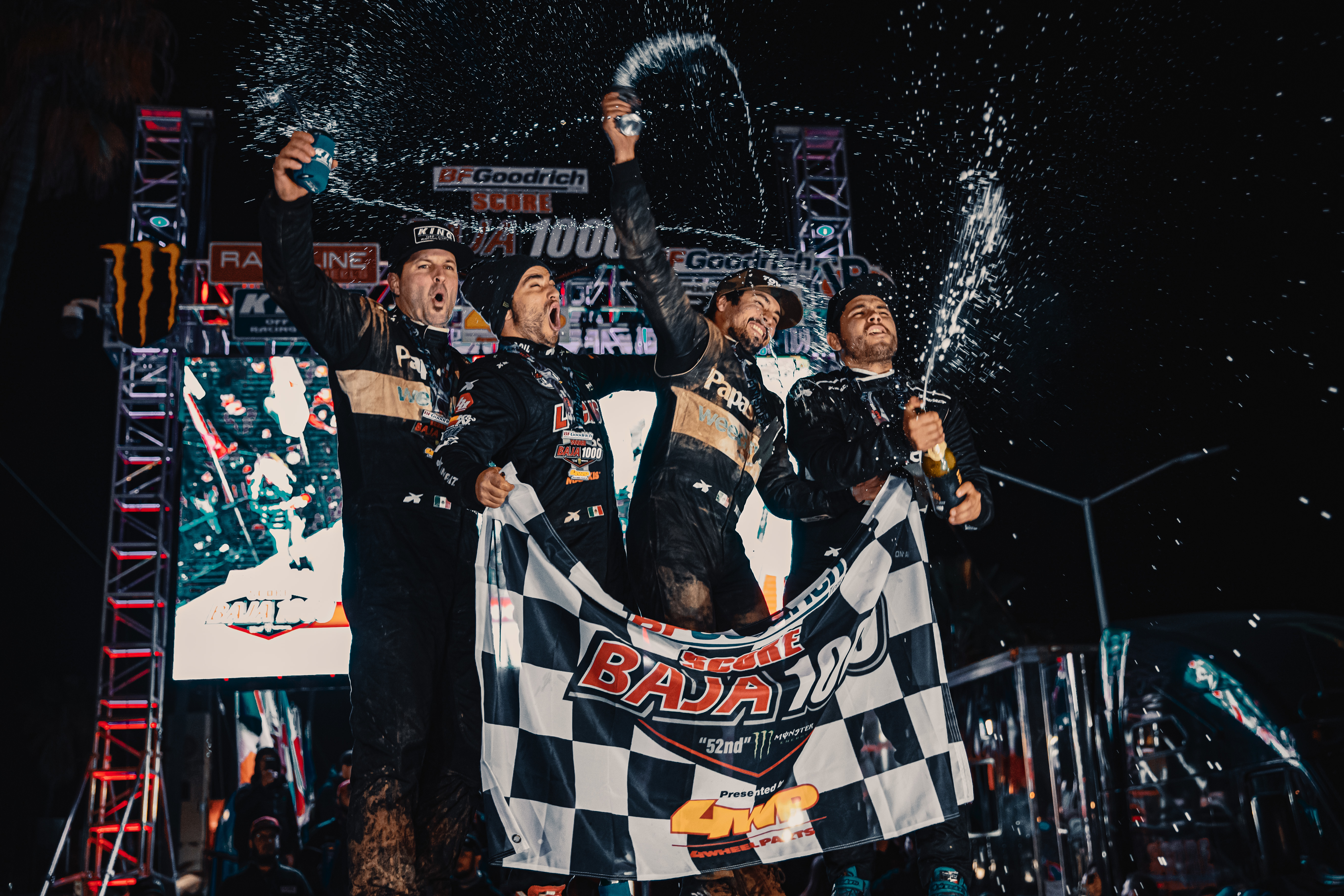 Team Ampudia celebrating their win at the 2019 Baja 100

“We’re looking to bring the worlds of music and off-road together,” says Alan Ampudia. “It’s never been done before. We’re going to different places around the world, taking artists where they need to be while doing crazy stunts.”

The video combines elements of fictional narrative with real-deal auto stunts, as Lil Jon and Alan race through the streets of Ensenada in Alan’s custom-built off-road racing truck to make it to beachside party spot Papas & Beer in time for Jon’s DJ set. Complementing Alan’s eye-popping drifts and death-defying jumps with Lil Jon’s world famous reactions, AMPD is a fun and nerve-racking watch for car-lovers and music fans alike, offering panoramic vistas of the hills and beaches of Baja Norte.

“We’ve hung out with Jon in Baja for a couple years now, and we’ve become friends with him–tequila was the icebreaker,” says Alan. “We’ve been meaning to shoot this video for a long time, so we called up Jon.  Jon knew that we raced and he was eager to come and take a ride in the truck, but he didn’t know exactly what he was getting into. He found out quick.”

Lil Jon is a multi-Grammy Award-winning recording artist and producer, known for his success in hip-hop and electronic music and his outsized personality.

The Ampudia family is a major force in the world of off-road racing. Alan and Aaron Ampudia took first place in 2019’s Baja 1000. One of the most prestigious off-road races in the world, the Baja 1000 draws competitors from more than 20 countries.