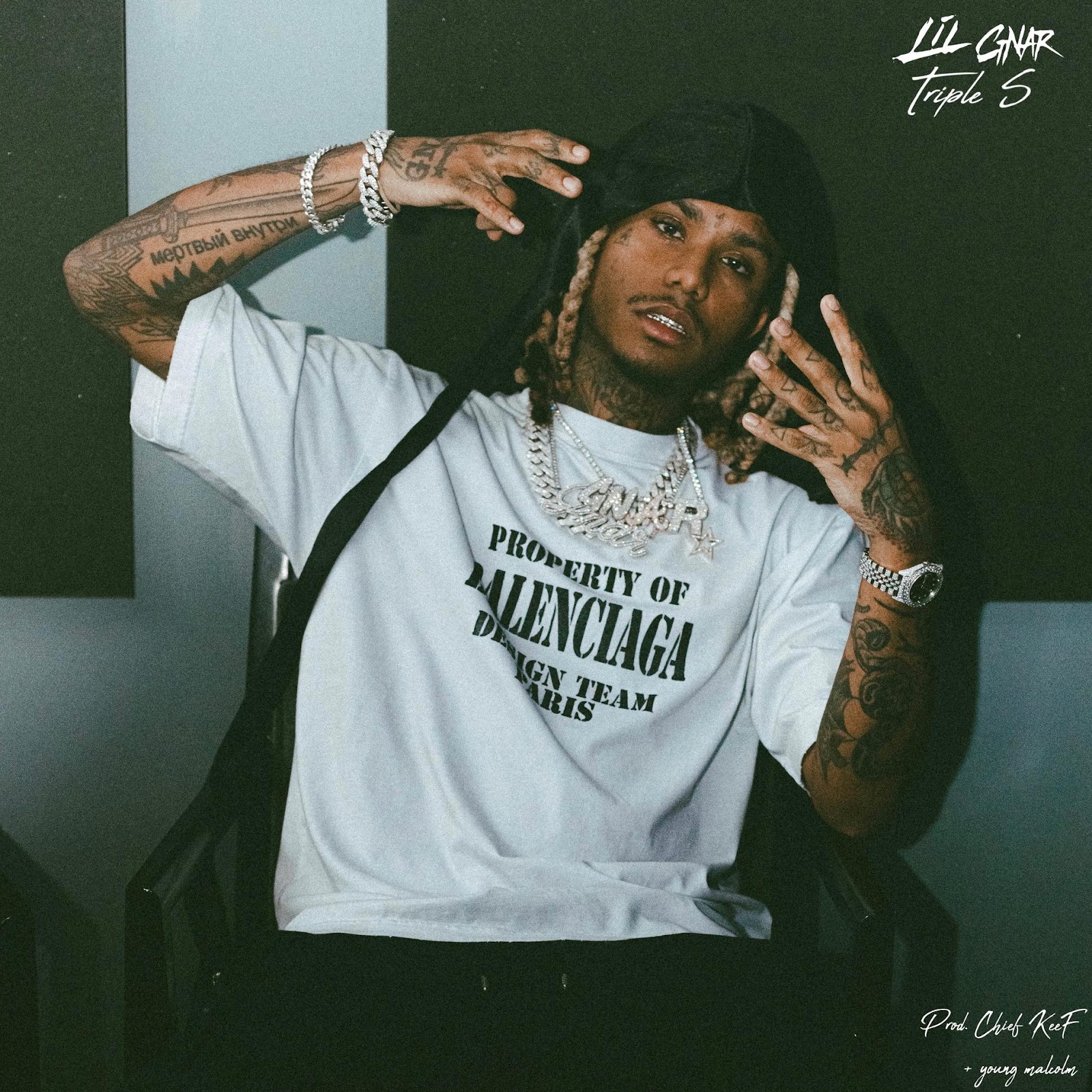 Atlanta multi-hyphenate Lil Gnar has proven himself a worthy herald to bring the takeover of Chief Keef’s recently-launched 43B record label to fruition. Enlisting his mentor’s production talent in collaboration with Young Malcolm, Gnar shares his latest eruptive single “Triple S.” Earning its title from Gnar’s favorite brand of Balenciaga sneakers, “Triple S” finds Gnar launching a barrage of fashion-forward flexes, as bell tolls highlight the end of each bar like its keeping score. The opposition never comes close: “Rick, Rick, Rick, all black on some goth sh*t/Neck and wrist done caught the Holy Ghost, I’m like a prophet.”

Directed by Lil Gnar himself, alongside Sam McGrath, the video for “Triple S” portrays the ceaseless grind it takes to shine so brilliantly, despite how effortless the 43B flagbearer makes it look. A private jet flight might be a once-in-a-lifetime luxury to most, but for Gnar, it’s no more than a commute. He jumps off the jet onto the Rolling Loud New York stage to light up his set before popping out to support Sosa’s, with a colorful cameo from Lil Uzi Vert.

In June, Chief Keef founded his new label 43B, launched in partnership with BMG, and announced Lil Gnar as the label’s first signee. Short for “Forget Everybody,” 43B offers multi-tiered label and distribution for artists and producers, emphasizing artistic expression and independence and autonomy.  Lil Gnar is the kind of self-sufficient, business-minded artist who represents the label’s ideals. Along with his career as a rapper, Gnar is an accomplished businessman and the founder of his own streetwear brand Gnarcotic. Gnarcotic has been modeled by A-List stars including Future–whose FreeBandz label released a collab with Gnarcotic–Juice WRLD, Young Thug, and many more, and sold his first skateboarding sneaker collection earlier this year to the tune of $500k first weekend sales. He released DIE ABOUT IT under his own Gnarcotic Records label, before joining up with Chief Keef to start the next chapter of his career.

Stay tuned for much more from Gnar and 43B.