Durk Shares a Standout Posse Cut As He Prepares to Release New Album Just Cause Y’all Waited 2, Coming Out Friday 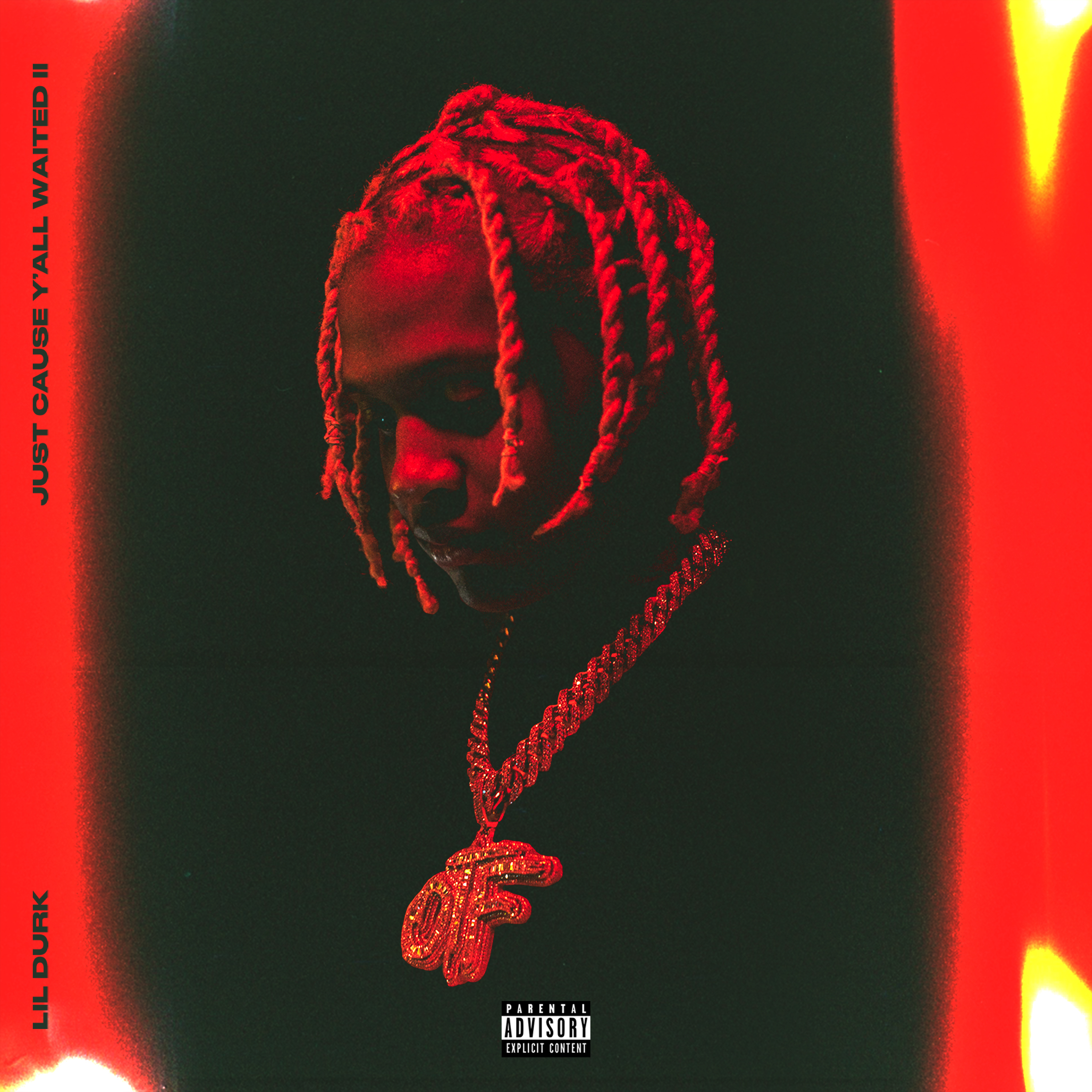 A highly-influential figure in Chicago and Atlanta, Lil Durk continues to assert himself as an ascending member of hip-hop’s A-List. Recruiting a pair of heavy-hitters for his latest single, Durk shares “3 Headed Goat.” A percolating street anthem produced by Cicero and Aviator Keyz, “3 Headed Goat” is anchored by a soaring hook from Lil Baby, a hot-headed verse from Polo G, and an impressive style-switching verse from Durkio himself. The melodic posse cut is the latest single from Just Cause Y’all Waited 2, Durk’s upcoming album, following last week’s brutally honest “Viral Moment,” which already has more than 7 million streams across platforms.

The sequel to the well-received 2018 full-length Just Cause Y’all Waited, which arrived during a label transition and featured the Gold record “Home Body,” JCYW2 reached the top 10 of Apple Music’s album charts upon its announcement last week. Packed with the well-drawn characters, single-line stories, and earworm-y melodies for which Durk is famous, Just Cause Y’all Waited 2 expertly balances Durk’s emotional rap ballads with snarling “no auto” missives, presenting a picture of a mature emcee in complete control of his vast talents. Featuring additional appearances from Gunna and G Herbo, Just Cause Y’all Waited 2 arrives on May 8th via Alamo Records.

Earlier this week, Lil Durk released his edition of Audiomack’s Trap Symphony, in which he performed three of his biggest hits while accompanied by a small orchestra. Featuring renditions of recent smash “No Auto Durk,” the R&B-flavored hit record “Home Body,” and his 2013 breakout drill smash “Dis Ain’t What U Want,” the new Trap Symphony highlights Durk’s charismatic performing ability and strong sense of songwriting.

Stealing the show on recent collaborations with Roddy Ricch, Lil Skies, and Lil Uzi Vert on the Hot 100-charting “No Auto,” Durk has asserted his position on hip-hop’s A-List. He recently starred in a nationally-televised commercial for Nike’s Air Jordan, advertising the Lyrical Lemonade x Jordan Aerospace 720, Nike’s collab with Lyrical Lemonade founder Cole Bennett. Durk recently made his voice-over debut in the Lyrical Lemonade animated show, and recently appeared on Wild N Out with Chance The Rapper.

In late April, Durk hosted a meal drive to feed the frontline workers at Chicago’s Rush Hospital, partnering with local restaurant PHLAVZ to drop off meals at the hospital and make over 100 more meals available for pickup later that night. “Everyone back home has been in my thoughts,” says Durk, “especially those doing something for the community and all the neighborhood heroes. I thought about all the first responders putting their lives on the line to help out and it inspired me, so I took a jet back to Chicago to show my thanks.” 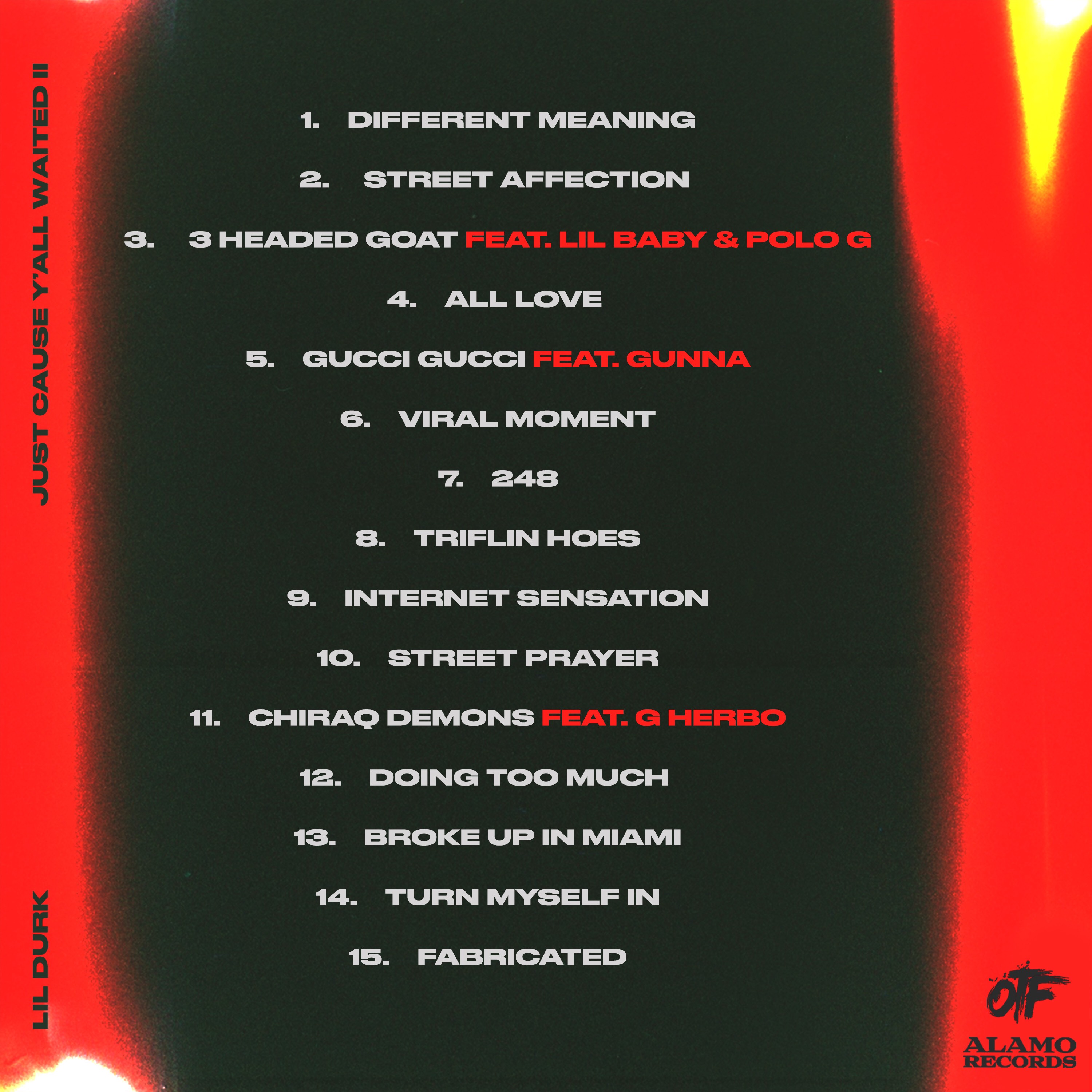