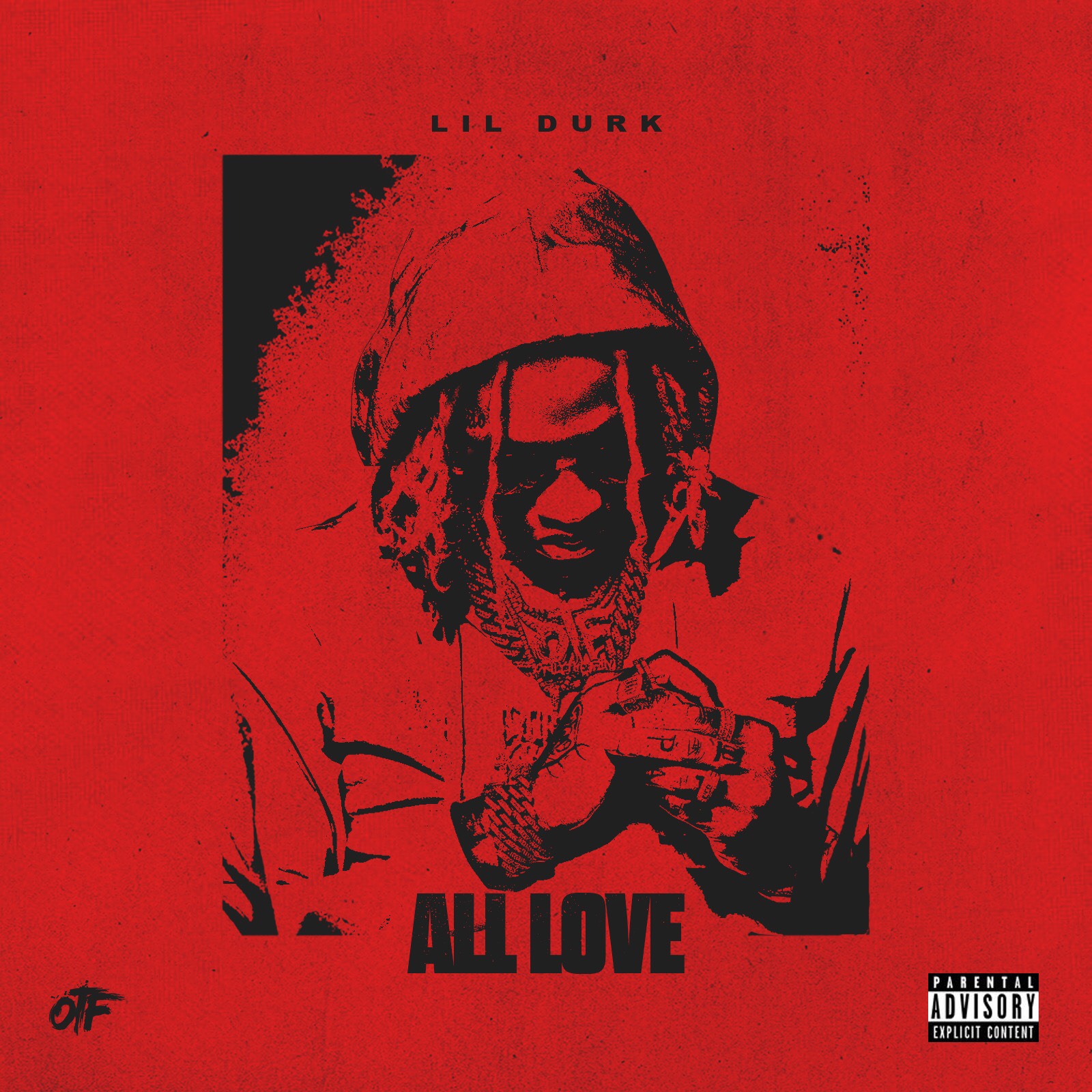 Known for his combination of sweet melodies and realistic lyrics, Lil Durk is the voice of the streets. Just days after sharing a demonic banger about the dark side of the streets, Durk spins a heartfelt rumination about the love of his neighborhood on “All Love,“ his new video single. Emoting atop dramatic keys and thumping 808 kicks from Internet Money beatmaker TouchOfTrent, Durk reflects on his come-up on the South Side of Chicago, tunefully telling stories about his less-fortunate friends: “I used to look up to this n****, but he gave his homie up/Cause his daughter 12-years-old, he had to go do 21.” The new video compiles clips from Durk’s home and studio life, following the rapper as he soaks up the love of his hood. “All Love” quickly follows “Chiraq Demons,” a fiery, “no auto” single with an appearance from G Herbo.

Earlier this year, Durk announced that he was finishing up his long-anticipated No Auto Durk project. Launched with a billboard in Chicago during All-Star Weekend, the new project provides a gift for fans who clamored for a project with less singing and more rhyming (his 2018 single “No Auto Durk” has more than 44 million views on YouTube). “No Auto Durk” also won a fan in Lil Uzi Vert, who recruited Durk for “No Auto,” a standout track from the deluxe version of Eternal Atake, which currently sits at #76 on the Billboard Hot 100. Executive produced by Metro Boomin, No Auto Durk arrives later in 2020 via Alamo Records.

After the success of his 2019 album Love Songs 4 The Streets 2, which debuted in the Top 5 of the Billboard 200, Durk enters 2020 on a mission, ready to set the world on fire and prove his range as an artist and emcee. A major influence on the next generation of star rappers, Durk recently collaborated with Polo G for his “Career Day” single (3.3 million views), and appeared on “Moonwalkin“, a highlight on Roddy Ricch‘s blockbuster album Please Excuse Me For Being Antisocial. More recently, Durk hopped on “Havin’ My Way,” the recent single by Lil Skies.

Lil Durk recently starred in a nationally-televised commercial for Nike’s Air Jordan. Advertising the brand’s new collaboration with Chicago’s own Lyrical Lemonade and Cole Bennett, the Lyrical Lemonade x Jordan Aerospace 720, the commercial finds Durk showing off his basketball skills while decked head-to-toe in colorful LL-branded merch. Long known for having the sweetest jumpshot in the rap game, Durk is the ideal ambassador for this cultural crossover event.