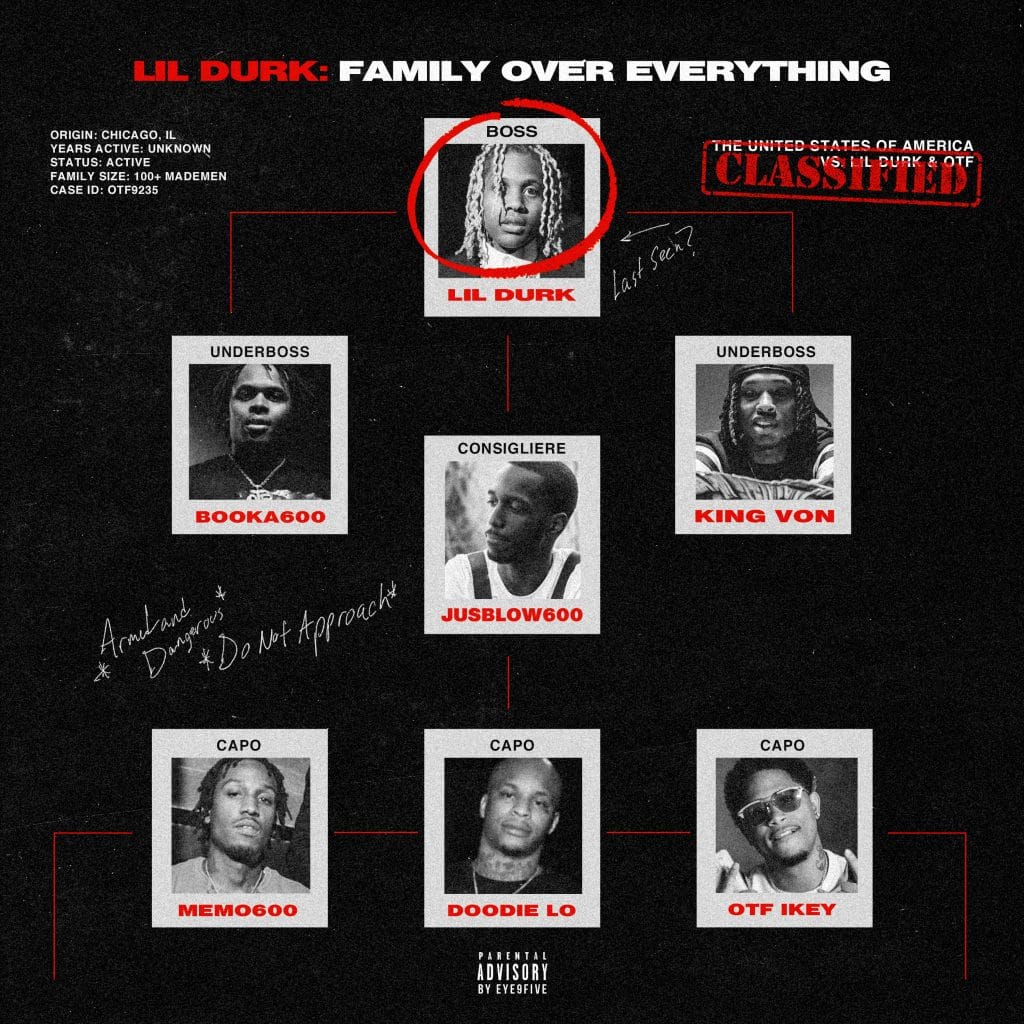 Following in the melodic footsteps of label boss Lil Durk, Only The Family is one of Chicago’s pre-eminent rap crews. Directly confronting their hometown’s unfair crackdown on drill music, Lil Durk shares “Riot,” his latest music video. Recruiting his OTF signee Booka600, who weaves his voice through producer Niaggi‘s bouncing classical piano for the inciting hook, Durk blesses his rising success, but vents his frustration about the forces preventing him from performing in the city he loves: “I made the news/I visit schools/They still denied me for my shows, I’m so confused,” sings Durk. The new single also features an appearance from G Herbo, who growls a verse about improving lives of the kids on the streets: “I told the youngins be better than me/If I don’t try and help em I’m less of a man.” Directed by Ant Soulo, the video takes place in a post-apocalyptic landscape, as Durk, Booka, and Herbo start a riot, tagging abandoned, destroying cars, and generally causing mayhem.

“Riot” is the first video from Family Over Everything, a new project that showcases the talents of Lil Durk’s Only The Family roster. With a deep and talented crew of rising rappers, the OTF roster boasts King Von, the voracious storyteller who hit it big with “Crazy Story,” the melodic mastermind Booka600, who dropped his well-received Word To L.A. project earlier this year, and Memo600, currently taking over the streets with his tough-talking bangers. The new project boasts new music from Durk and showcases the strengths of Von, Booka, Memo, JusBlow600, Doodie Lo, and OTF Ikey. Last month, Lil Durk shared the frenzied war cry “Blika Blika,” which already has over 560k streams on Spotify alone. Featuring appearances from the likes of Polo G, NLE Choppa, Tee Grizzley, Lil TJay, G Herbo, and more, Family Over Everything arrives on December 11th via Only The Family/Alamo.