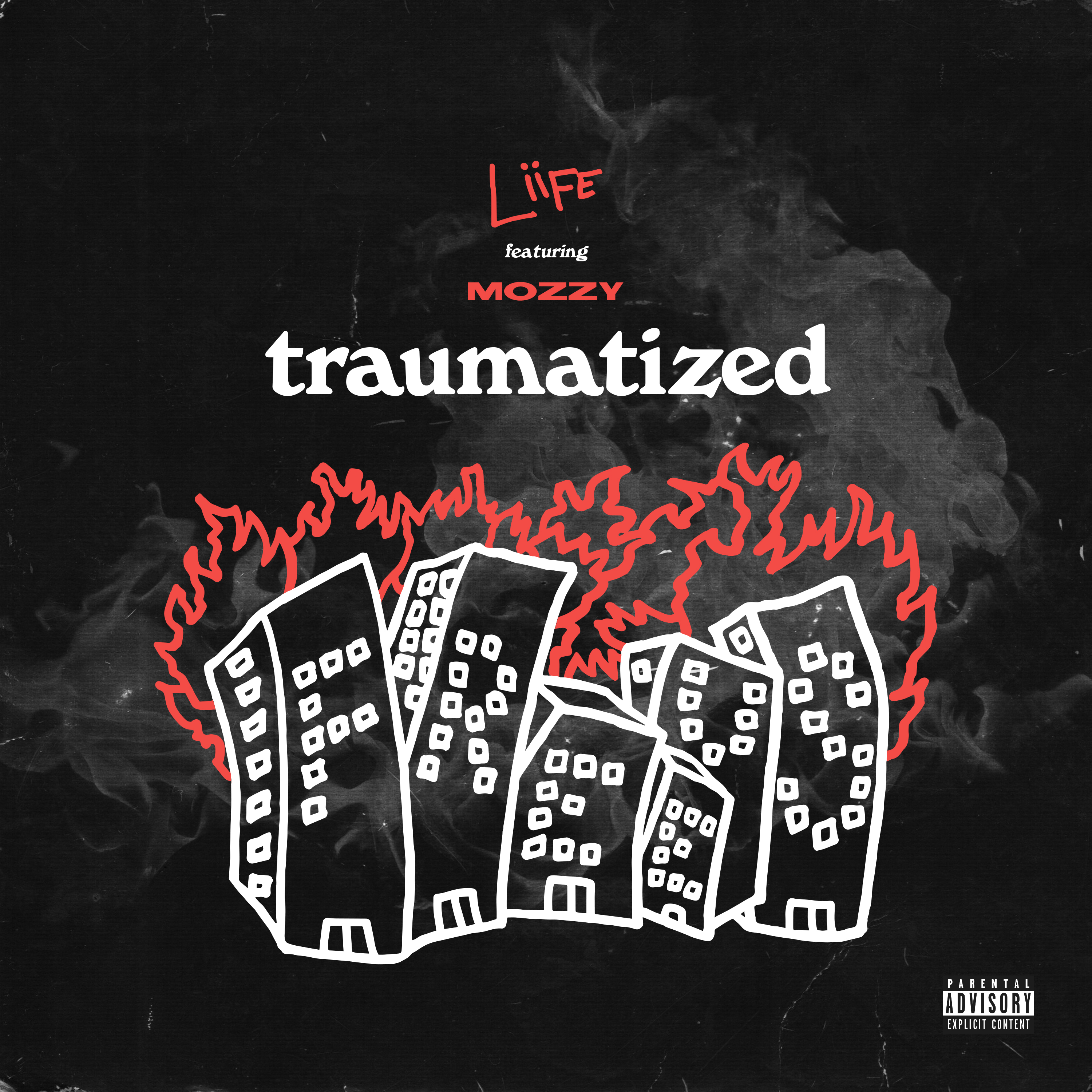 Compton rapper Liife has a knack for weaving complex, detail-rich narratives with a tough-talking West Coast flair. Recruiting another California storyteller for a sinister new anthem, Liife shares “Traumatized” ft. Mozzy, his new single. Riding a beat that would seamlessly fit into a classic G-Funk record, Liife tells a wild story from his youth, expertly relaying a gripping tale of an arson gone wrong over the course of 16 bars: “Anyway we pulled up to the car wash with a gallon of gasoline/When I broke the glass, some splashed on my jeans.” For his verse, Mozzy talks about his evolution from a young firebrand to a grizzled street veteran–he’s mellowed down, but he’ll still come for you if you put his name in your mouth. Together, Mozzy and Liife paint a compelling portrait of how a traumatic youth can leave a scarring impact that doesn’t go away with age.

Released with a stylish lyric video, “Traumatized” is Liife’s first single since the release of “Blood On My Chucks” in April. Premiered by L.A. Leakers, “Blood On My Chucks” tells a story of Liife’s latest brush with death, racking up over 500k on-demand streams and over 100k views on its harrowing video.

With a name that stands for “LIving In a Foul Environment,” Liife is a respected figure in the Compton rap community. He grew up listening to legends like Ice Cube and 2pac, and tightened up his wordplay enough to be mentioned in the same breath as neighborhood standouts like Kendrick Lamar and YG. After spending some time under the wing of artists like The Game and Chris Brown, Liife stepped out on his own in 2019, when he signed with Rostrum Records. The rhymer turned heads last summer when he dropped “Lifestyle,” which is approaching 1 million total streams, and earned his biggest hit to date  with “Posing,” a sinister beat-shifting jam with an appearance from fellow Angeleno King Lil G, which recently surpassed 2 million total streams. Stay tuned for much more from the artist in the near future.