Video: Liife – “Blood On My Chucks” 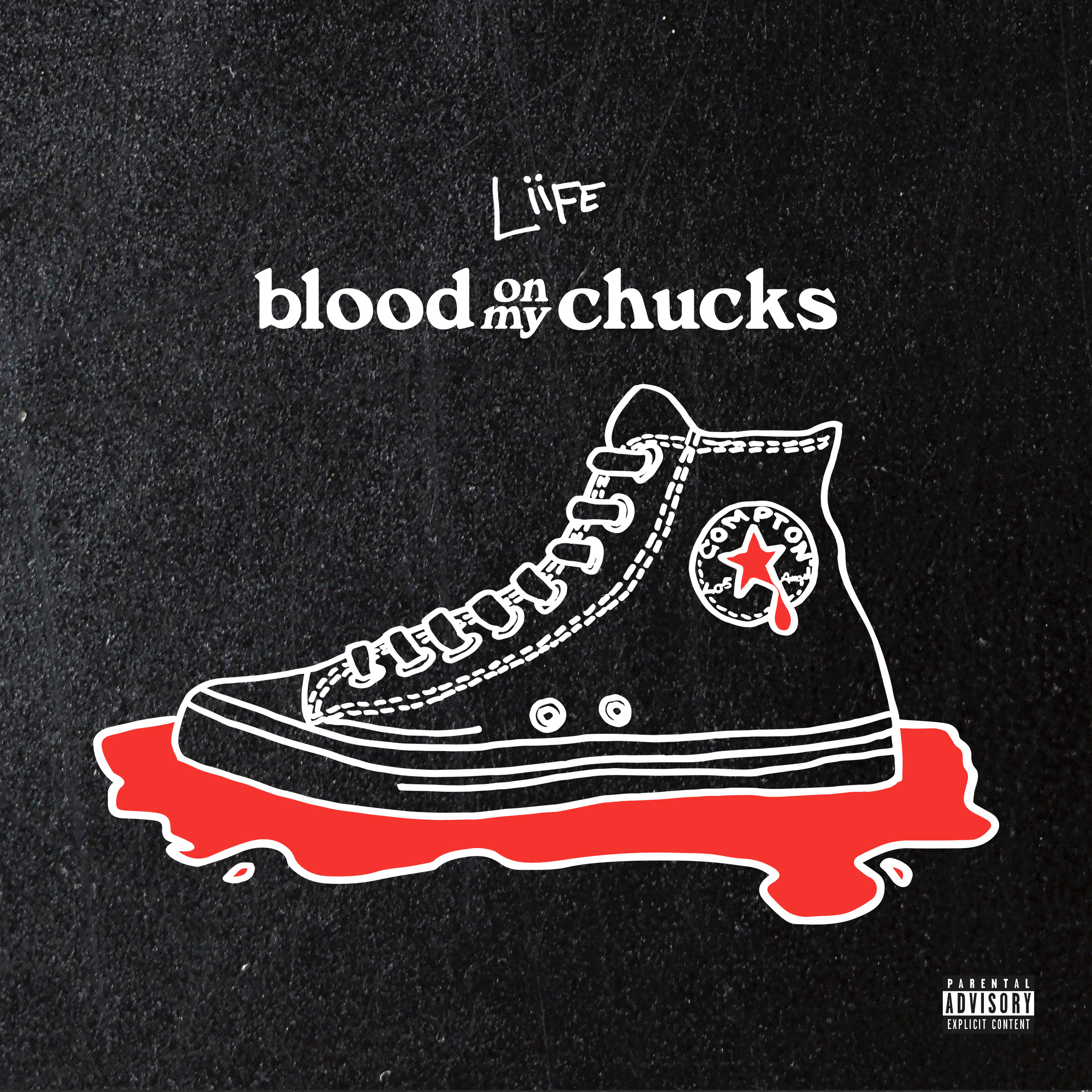 Earning a sterling reputation in his city for his uncompromising realness, Liife is ready to reap the rewards of his hard work. Crafting an irresistible West Coast street anthem, Liife shares “Blood On My Chucks,” his new video single. Expertly riding a beat that straddles the line between old-school G-funk and new L.A. snap, Liife tells the harrowing story of his latest brush with death–one that his homie wasn’t so lucky to escape. Throughout, Liife keeps his cool, radiating the eerie calm of a man who’s seen it all: “Right there, seen my n**** get hit/He tried to run, dropped the bottle and he shattered the fifth.” In the video, premiered by L.A. Leakers, Liife tells the story of a robbery-turned-deadly, as a crew of assailants run-up on a safehouse and commit some acts they can’t take back.

“I made ‘Blood On My Chucks’ kind of as a rendition to West Coast music,” says Liife to L.A. Leakers. “The whiny sound in the beat, the storytelling, that’s what West Coast music was always about. Growing up in Compton, all our idols told stories over dark beats and when I heard this one, I was inspired. I’m honored to be premiering it with the LA Leakers, they’ve always been a major support system for artists coming out the city.”

With a name that stands for “LIving In a Foul Environment,” Liife is a respected figure in the Compton rap community. He grew up listening to legends like Ice Cube and 2pac, and tightened up his wordplay enough to be mentioned in the same breath as neighborhood standouts like Kendrick Lamar and YG. After spending some time under the wing of artists like The Game and Chris Brown, Liife stepped out on his own in 2019, when he signed with Rostrum Records. The rhymer turned heads last summer when he dropped “Lifestyle,” which is approaching 1 million total streams, and earned his biggest hit to date with “Posing,” a sinister beat-shifting jam with an appearance from fellow Angeleno King Lil G. Stay tuned for much more from the rising star in the near future.

Watch “Blood On My Chucks”: https://youtu.be/cbJ8b6B0miU

Buy/Stream “Blood On My Chucks”: http://smarturl.it/LiifeBloodOnMyChucks