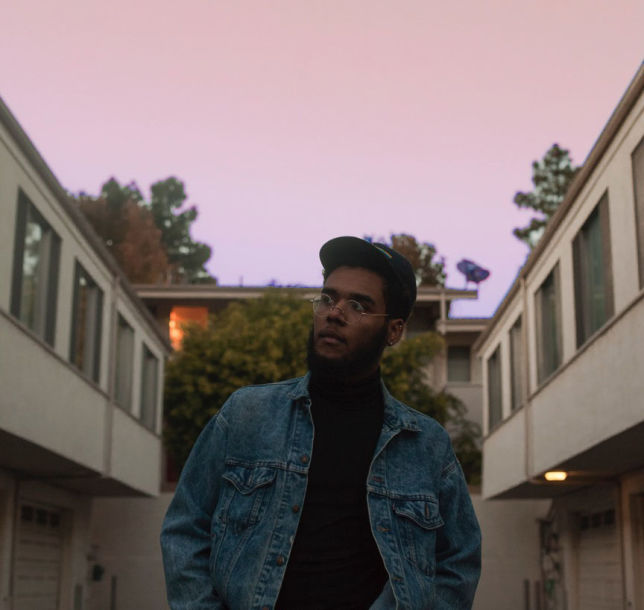 While being featured on a new release from Austin Mahone and having joined Kehlani on Cloud 19 deep cut “How We Do Us” has landed Kyle Dion on the radar of the masses, the 21-year-old’s own music is what’s turning curious listeners into fans. “Kyle Dion takes the wheel in the Alternative R&B lane,” states NYLON in their premiere of the L.A. via Florida singer/songwriter’s new single, “Timed Out.” The song, which Kyle Dion says “should make you feel happy,” carries a light and sweet vibe. “I talk on the theory of relativity,” Kyle Dion tells NYLON, “how time is relative and from that perspective how funny it is that everyone is scared of running out of it.” Produced by French producer Oris Beats, Kyle Dion explains the making of the track: “When I heard it I was in my room and immediately started writing what became ‘Timed Out.’ The inspiration came from me trying to create and get content out there for my fans, fast. I wanted to give them this project ASAP and with that felt a little pressured of time, and then I realized… What is time really?”

“Timed Out” is the third single from Kyle Dion’s forthcoming Painting Sounds EP. It follows “Get You Alone,” which debuted in December via GoodMusicAllDay, who praised the track as “a combination of intimate lyrics marinated over layers of smooth vocals complemented by an incredible production.” Long-time supporters YouKnowIGotSoul acknowledged Kyle Dion as an “emerging R&B talent,” while SingersRoom added that the song is “guaranteed to make you swoon,” and HotNewHipHop explained that it “combines lush vocal layers, steep melodic runs, mystical chimes, and a soothing electric piano chord progression.” Prior to “Get You Alone,” Kyle Dion had been opening for Eric Bellinger on select tour dates, including a sold out NYC show at S.O.B.’s. Both “Timed Out” and “Get You Alone” follow the Painting Sounds EP’s lead single, “Another Life,” which has 65K+ plays on SoundCloud. Painting Sounds is being prepared for release and is due the first quarter of 2016.

Listen to “Timed Out”: https://soundcloud.com/kyledion/timedout

Check out the NYLON premiere: http://www.nylon.com/articles/kyle-dion-timed-out