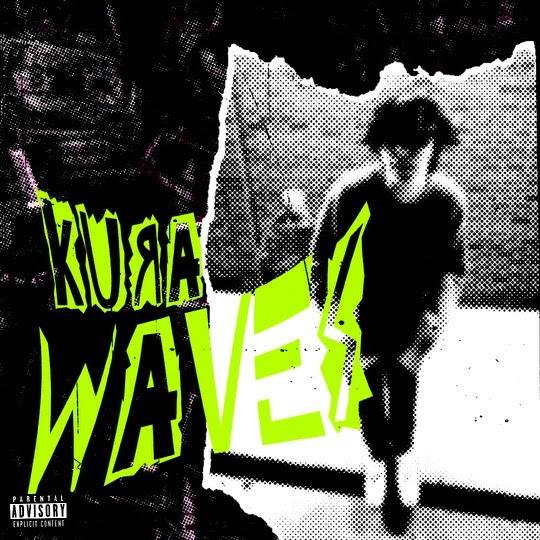 In his rise to become the next rapper to blow up out of Detroit, Kura projects a self-assured composure rather than any sense of urgency, as if to avoid hastening the inevitable. Coming through cool as a cucumber, the SossHouse artist shares his new video single “Waves.” Anchored by the infectious digitized organ melodies of an unmistakable Pi’erre Bourne instrumental that pairs perfectly with Kura’s unfazed flows, the young artist revels in the contentment of his own lane on the track:“Bad b**** match my fly, she stunting/You want a verse but you trash, I’m dubbing.”

The video for “Waves” finds the shaggy-headed rapper at the park, surrounded by homies against the dreary backdrop of gray snow and barren trees that signify late winter in Detroit. Though the setting itself may be bleak, it’s the perfect blank canvas for Kura to coat in the vibrant warmth and easy-going energy that he delivers with each bar. Like the first blooming flower sparking the chain reaction of spring’s arrival, count on Kura to inject color into any scene as he makes “Waves” whenever he drops.

Even though he’s only 19, Kura feels like he can stay grounded as a newcomer in the industry. “Everything for me is about balance,” says Kura. “Knowing how to work hard and play hard. Since music is something I’m so passionate about and I’m young enough to still learn but also get tired, I give myself time to breathe. You gotta learn what you can handle especially at a young age like me because if I overwork myself or even stop working for a period everything spirals.”

Now signed to SOSSHOUSE, Kura looks to make a name for himself with his elastic flows and swift melodies. Stay tuned for much more to come from the young artist as he keeps dreaming big.

At 14, Kura began producing, rapping, songwriting, and engineering himself from his bedroom in Michigan. Inspired by the music of the Sex Pistols, Aphex Twin, and Pi’erre Bourne, he quickly gained recognition for his confident vocals, versatile flows, and dizzying melodies. Younger than all of his artist peers, Kura’s lyrics not only portrayed the rockstar life he was about to have, but also the reality of what he currently lived.

Kura’s music style continues to develop, reflecting his ever-evolving lifestyle, mindset, and taste. His DIY process garnered him millions of SoundCloud plays, thousands of Spotify listeners as Blockboy K, and the attention of some of rap’s biggest names. At just 17, Kura was offered the opportunity to work alongside one of his idols: Grammy award-winning rapper/producer, Pi’erre Bourne. He signed a record deal with Pi’erre’s label, SOSSHOUSE, and has since teased a collaboration project with the historically influential artist. Kura also has music set to release with artists such as Babyface Ray and Veeze, as well as features from Chavo, Sharc, and more.