The Detroit Rapper and Producer Reflects On Living His Dream Life In New Video Single, Produced By Pi’erre Bourne 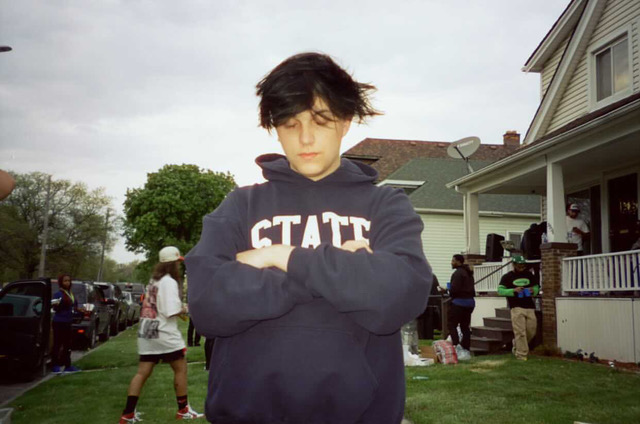 Finding the perfect combination of versatile flows and sonic beats, Kura is determined to be the next rapper/producer to blow up out of Detroit. Coming through with a creative new visual, Kura shares “HOLD IT UP,” his new video single. Fully produced by GRAMMY Award-winning rapper/producer, Pi’erre Bourne, the track is characterized by an entrancing beat paired with Kura’s cool, calm, and collected flow. Showcasing his persistence to achieve his goals, Kura raps, “If s*** get tough, it’s gonna be alright because we got another day.”

In the video, Kura stands in front of a free-standing door that is always by his side regardless of how many different locations he’s transported to when he walks through. The 18 year-old rapper finally ends up in a big city surrounded by skyscrapers where he pauses a moment to take it all in. Never hesitating to find out what’s behind a new closed door, Kura shows that he’s prepared and excited to handle whatever might come his way.

Speaking on his experience working with Pi’erre Bourne for the new track, Kura explained: “Being in the studio is a whole new environment for me so it was an experience. Even though I was out of my comfort zone recording with an engineer that beat felt right for me and it just clicked. After he made the beat and the engineer pulled it up everything else was a blur because I was so focused. I woke up the next day so geeked over the song.”

The new track demonstrates the direction the Detroit rapper is taking sonically and offers a preview for an upcoming project Kura has coming later this year. With its vocal harmonies and uniquely dark and hypnotic production, the future project promises to be a refreshing divergence from current trends, and an entirely new take on Kura’s previous sound.

Even though he’s only 18, Kura feels like he can stay grounded as a newcomer in the industry, saying, “Everything for me is about balance. Knowing how to work hard and play hard. Since music is something I’m so passionate about and I’m young enough to still learn but also get tired, I give myself time to breathe. You gotta learn what you can handle especially at a young age like me because if I overwork myself or even stop working for a period everything spirals.”

Now signed to SOSSHOUSE, Kura looks to make a name for himself with his elastic flows and swift melodies. Stay tuned for much more to come from the young artist as he keeps dreaming big.

Watch “HOLD IT UP”: https://youtu.be/dbdQTomsuFA

At 14, Kura began producing, rapping, songwriting, and engineering himself from his bedroom in Michigan. Inspired by the music of the Sex Pistols, Aphex Twin, and Pi’erre Bourne, he quickly gained recognition for his confident vocals, versatile flows, and dizzying melodies. Younger than all of his artist peers, Kura’s lyrics not only portrayed the rockstar life he was about to have, but also the reality of what he currently lived.

Kura’s music style continues to develop, reflecting his ever-evolving lifestyle, mindset, and taste. His DIY process garnered him millions of SoundCloud plays, thousands of Spotify listeners as Blockboy K, and the attention of some of rap’s biggest names. At just 17, Kura was offered the opportunity to work alongside one of his idols: Grammy award-winning rapper/producer, Pi’erre Bourne. He signed a record deal with Pi’erre’s label, SOSSHOUSE, and has since teased a collaboration project with the historically influential artist. Kura also has music set to release with artists such as Babyface Ray and Veeze, as well as features from Chavo, Sharc, and more.