The German Band Crafts a Drill and Electronic-Influenced Banger For the Canarsie Riser to Obliterate, Along With An Elegantly Intimidating and Crisply-Filmed Black & White VIdeo 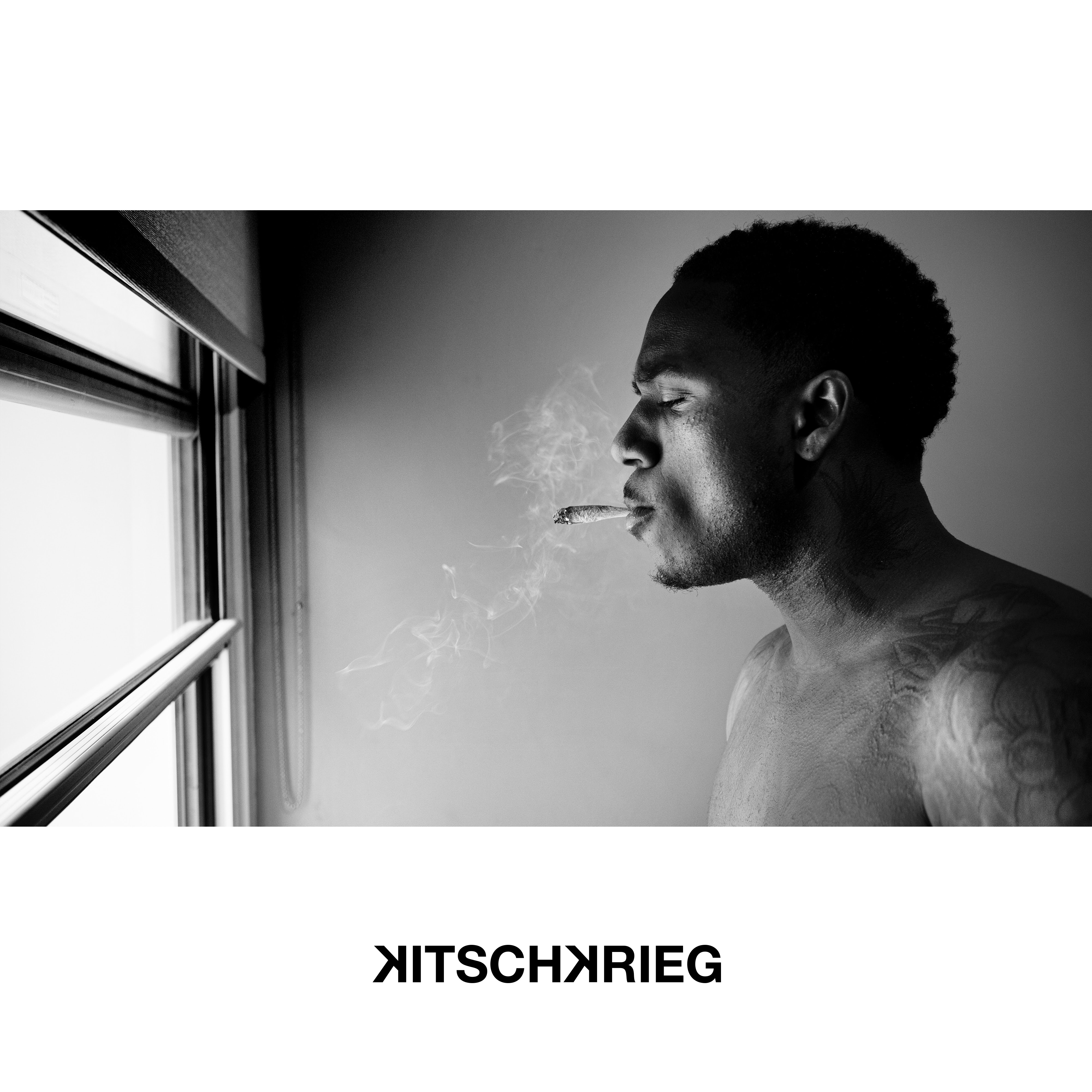 A mysterious collective with a black-and-white aesthetic and a militaristic dedication to the cool, Berlin’s KitschKrieg are ready to remake the American music scene in their own image. Their first stop: Brooklyn, one of the chief outposts in the global ascension of drill music. Connecting with one of the borough’s hottest rising stars in DUSTY LOCANE, KitschKrieg shares “Ratchets,” an ice cold video single out now via SoulForce Records.

Combining the sliding 808s of NYC/UK drill with insistent house kick drums and horror movie strings, “Ratchets” strives to create the kind of banger that can shutdown clubs across the globe. DUSTY LOCANE sics his teeth into the mutating instrumental with his snarling basso voice, switching up his flow, turning to rapidfire triplets, lockstep rolls, and invigorating chants as the beat shifts from BK drill to Jersey club to Euro house and back. He reminds his fans that even though he’s working with some international flavor, he’s still a hometown hero: “In the town, overseas, you know we got flavors/Fizzle came with the beam, we call that the laser/I grab a spliff–came straight from Jamaica/And I’m still on the Fifth, you can call me the mayor.”

“Ratchets” arrives along with a slickly stylish video that imports the KitschKrieg aesthetic to DUSTY LOCANE’s home neighborhood of Canarsie. The video is filmed in crisp black and white, and the figures on screen match the monochromatic color palette–as DUSTY says, “black hoodie, black mask, matching.” Splitting its action between Canarsie and the East River waterfront, the video finds DUSTY mobbing with ski-masked Suvies and staring directly into the camera as he delivers his bruising bars. Look closely for a glimpses of KitschKrieg band members Fizzle and and Fiji Kris, who plant their flag on the shores of the East River, signaling their impending domination of the American scene.

Animated by a sharp aesthetic and a dedication to their craft, KitschKrieg created a sound of their own, drawing influence from influences that range from the goth rock of Bauhaus to the steely soundscapes of grime to the electronic music of their hometown of Berlin. A trio comprised of Fizzle, Fiji Kris, and elusive photographer °awhodat°, KitschKrieg rose steadily over the past five years to become one of the biggest acts in German music. KitschKrieg, their 2020 debut album, spawned two #1 hits, generated over 400 million streams across platforms, and featured guest spots from international names like Vybz Kartel and Modeselektor and local heroes like Peter Fox and Trettmann, a rising German rapper signed to KK’s SoulForce Records. They’re known for their exquisite taste in streetwear–their new offerings sell out in hours–and have partnered with brands like Red Bull, Carhartt, and Monopoly.

With their sights set on conquering new worlds and an album on the way–called German Engineering, the album promises guest spots from some of the hottest artists in the U.S. and beyond–KitschKrieg is determined to continue their war on disposable art on foreign shores. “Ratchets” is merely the opening salvo–stay tuned for much more.

Credit for all photos goes to kitschkrieg.de 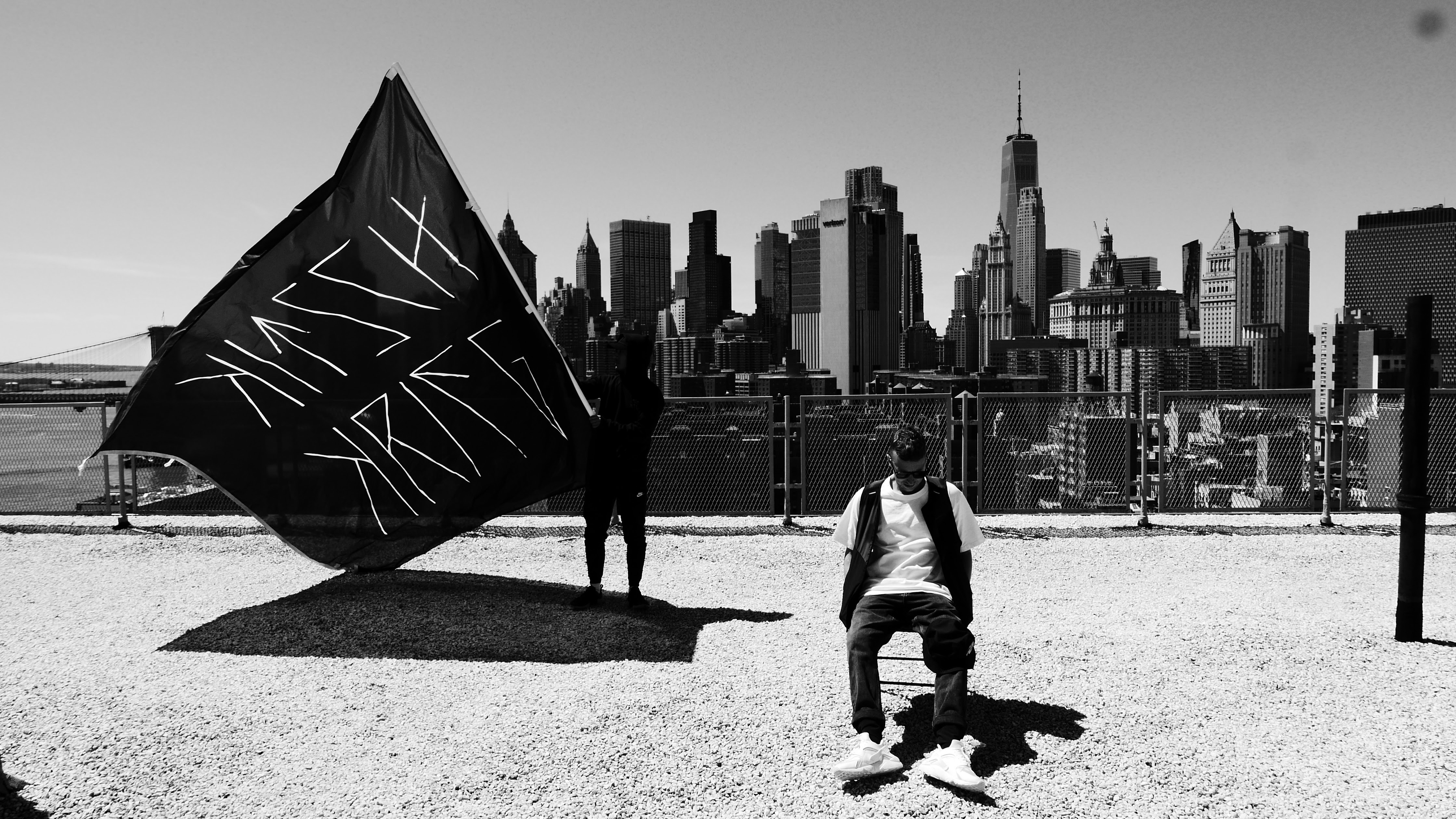 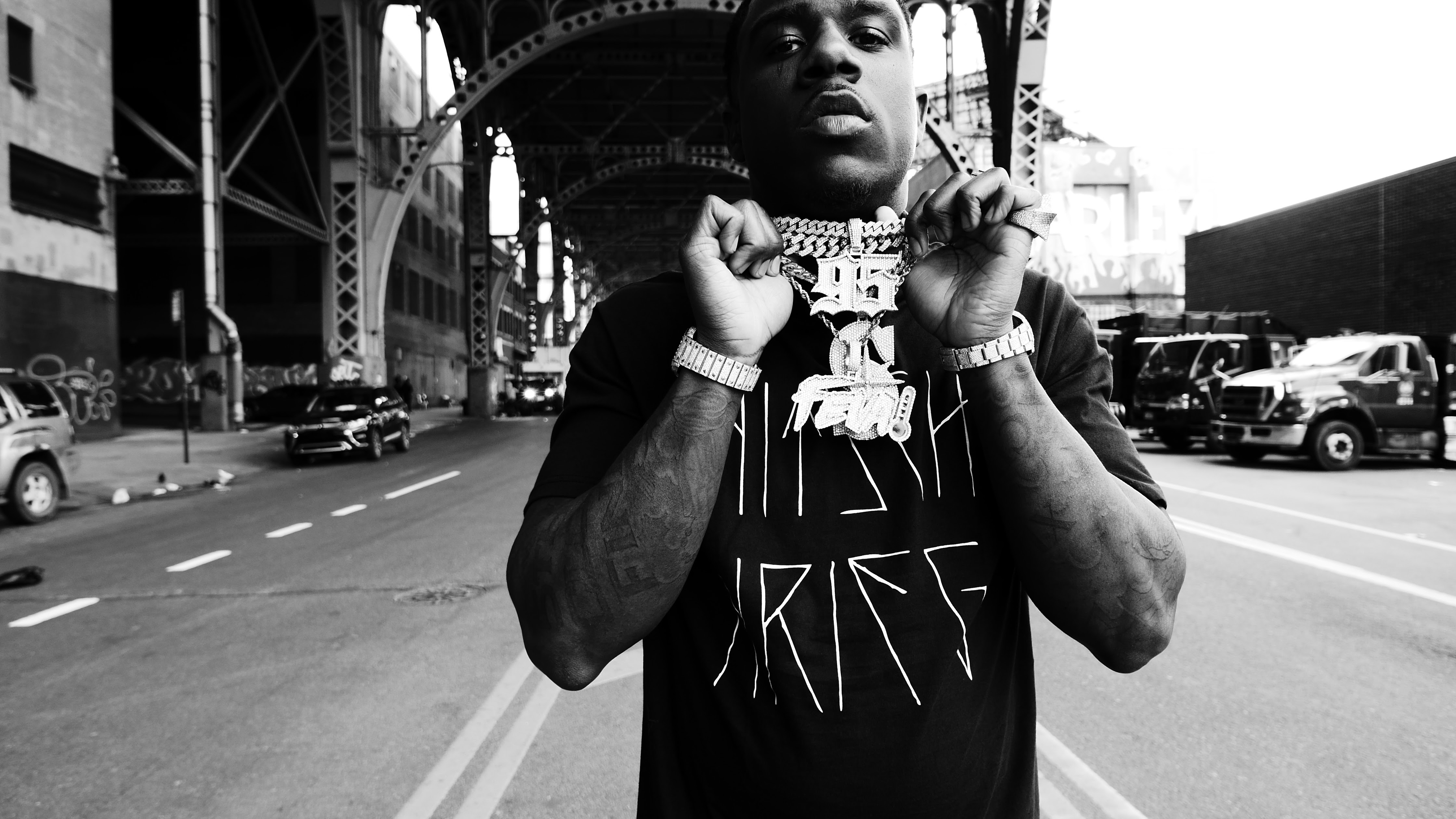 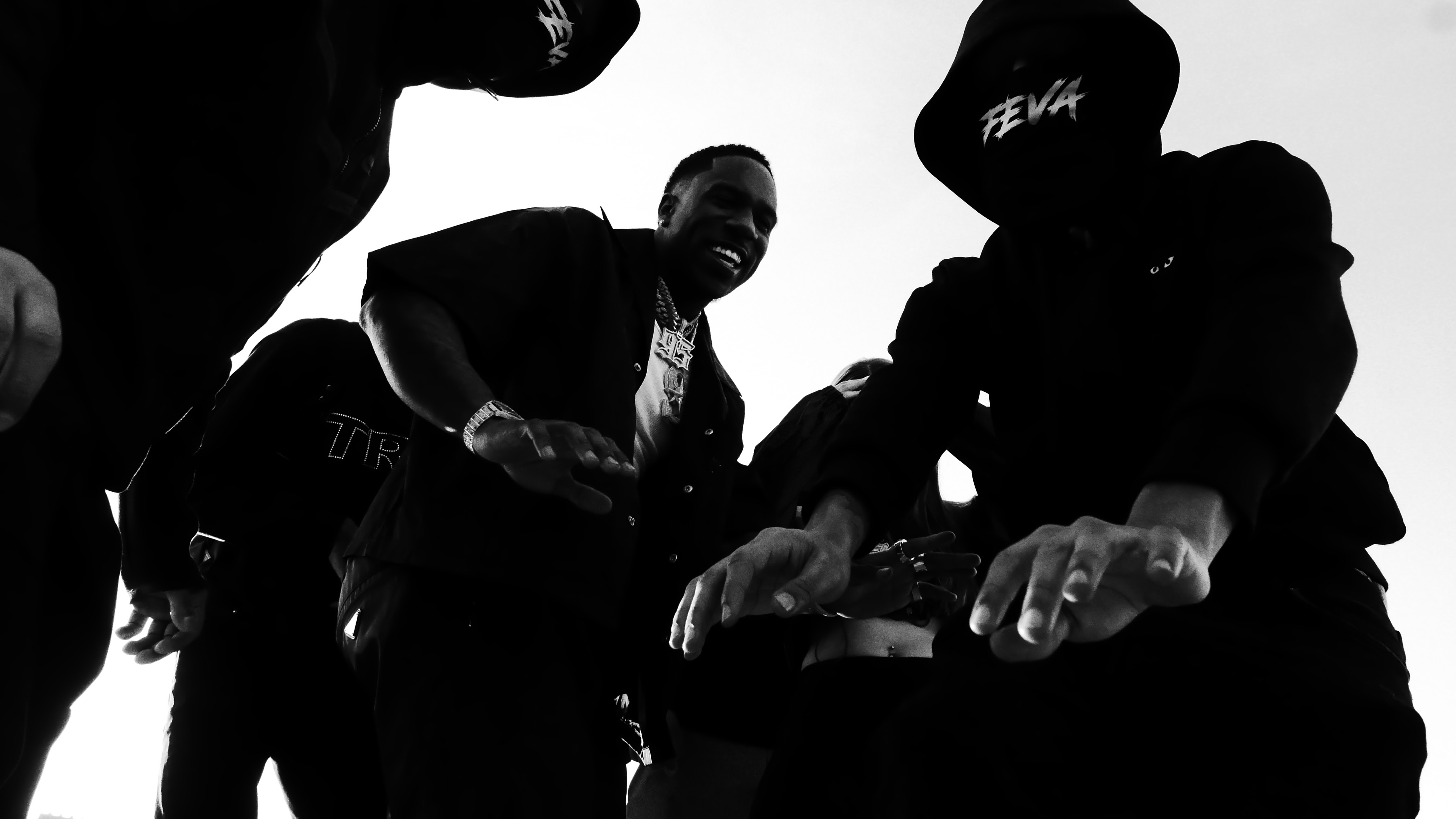 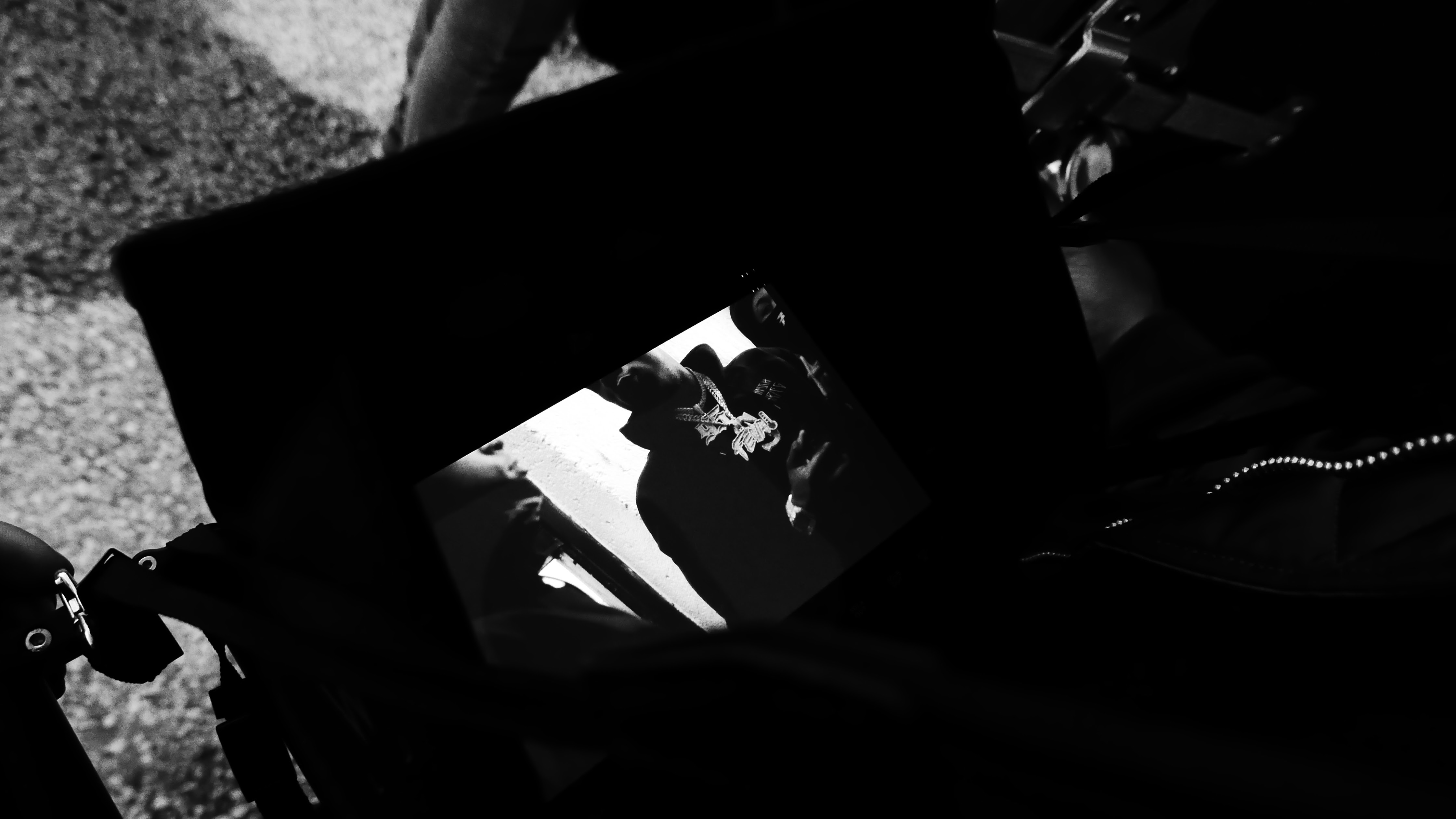 Few artists have left their mark on German music culture like KitschKrieg. Since connecting in a shared apartment in Berlin-Kreuzberg in 2014, the trio of producers Fiji Kris, Fizzle and the elusive photographer/art director °awhodat°, essentially re-shaped how Germany sounds, looks and feels. Whether it’s their stripped-back sonics drawing from soundsystem culture, Grime’s DIY approach and their hometown’s vibrant electronic music scene; the contrast-heavy, black/white imagery or their instantly iconic streetwear creations – a true KitschKrieg piece can be told from afar.