Released As Von Awaits Charges in a Georgia Cell, The HYPEBEAST-Premiered Video Finds the Two OTF Vultures Providing a Glimpse Into the South Side Lifestyle

Two of the most vital voices in the resurgent Chicago rap scene, Lil Durk and King Von make an excellent tag team. Dramatizing the everyday conflicts in their South Side neighborhood, Durk and Von share “Crazy Story 2.0,” their latest video. While the video for the original “Crazy Story” (30 million views) was an intimate affair, featuring Von relating his gripping narrative to some homies, “Crazy Story 2.0” ups the ante considerably. The video features a much larger cast and improved cinematography, moving the action to broad daylight and adding some narrative skits. The new video also includes Lil Durk’s aggressive verse, as the blonde-dreaded Chi-town legend sends an intimidating message to the opps from 63rd Street. Premiered by HYPEBEAST, “Crazy Story 2.0” features cameo appearances from the entire Only The Family roster–Memo600, Booka600, OTF Ikey, Doodie Lo, and JusBlow600.

King Von was born in the South Side of Chicago, growing up in O Block, the area that produced Chief Keef.  After rightfully beating an erroneous murder charge that could have put him away for life, King Von took inspiration from heroes like Lil Wayne and turned to rapping, linking up with Lil Durk who signed him to his OTF label. Within six months, Von had a series of viral hits, including the sinister “Problems,” which has over 2.9 million views after its debut on Lil Durk’s YouTube channel, and the defiant “War Wit Us,” which has over 3.1 million YouTube views. Von is currently incarcerated on pending charges in Georgia.

With a young and hungry roster of Chicago-born emcees, Lil Durk’s OTF label signees, including King Von, have made their intentions clear–they’re coming to take over the game. Returning to the scene with his Dirty-Glove Bastard-premiered single “War Scars,” melodic mastermind Booka600 prepares to release his mixtape Word To LA this spring. King Von, Booka600, and the rest of the roster, including Doodie Lo, OTF Ikey, and Memo600 will join their mentor and CEO onstage throughout Durk’s “Signed To The Streets III Tour,” performing the best tracks from their soon-to-be released projects. The OTF crew showcased their talents in two label mixtapes released last year, Lil Durk Presents: Only The Family Involved Vol. 1, released last summer, and its sequel, released just before the New Year.

Check out the HYPEBEAST premiere: https://hypebeast.com/2019/5/king-von-crazy-story-2-0-lil-durk-music-video-stream 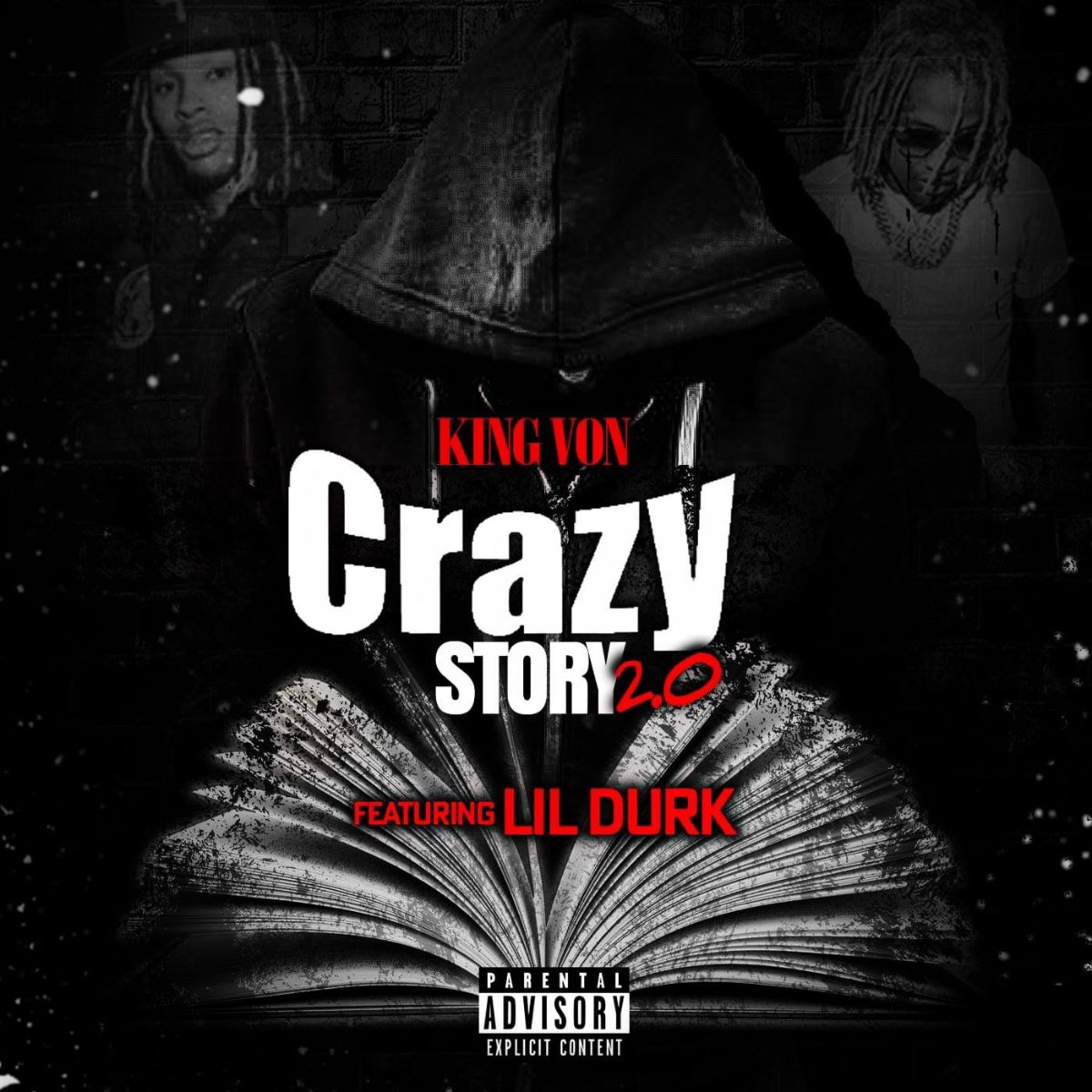