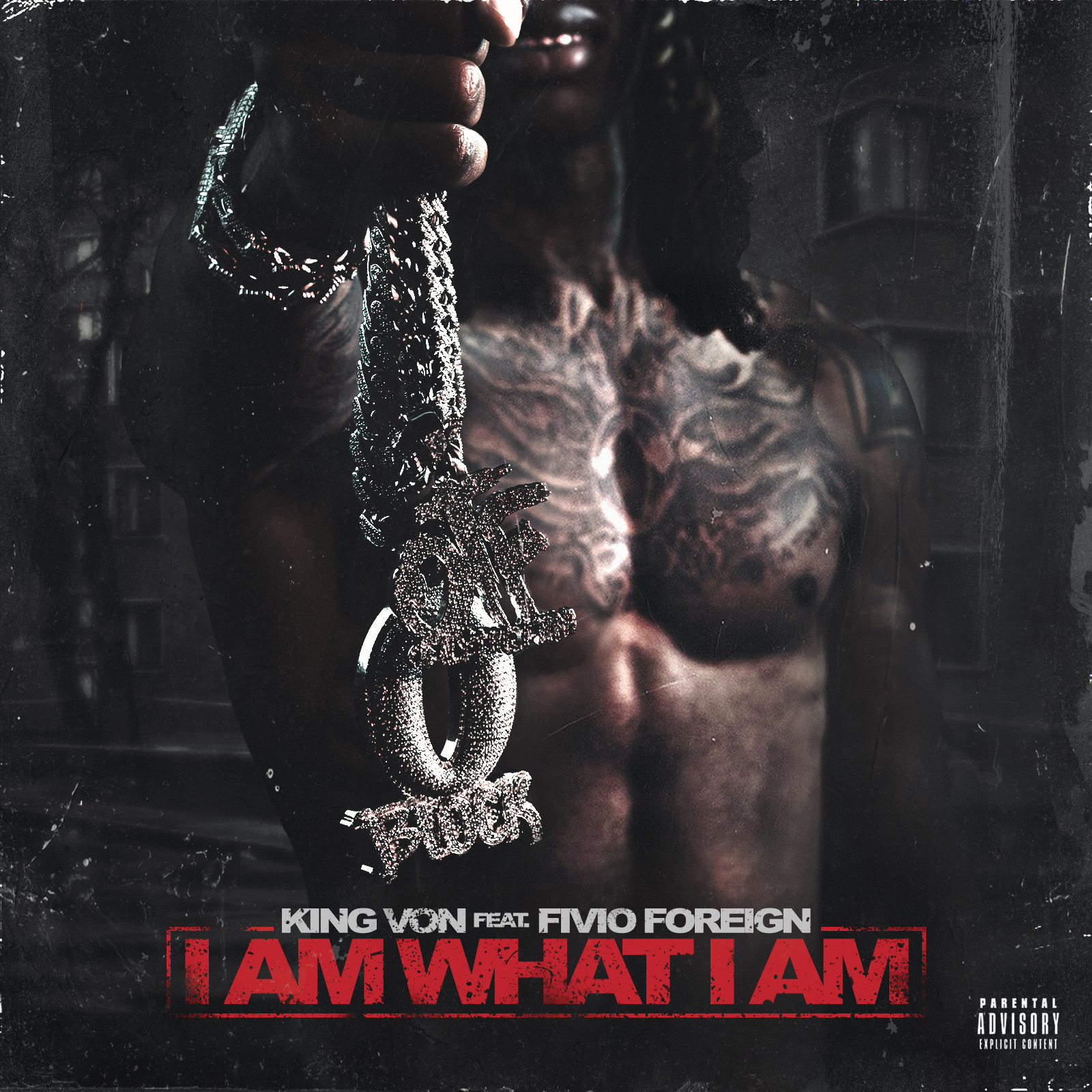 Throwing his weight behind his forceful delivery as he delivers gleeful put-downs and taunts, King Von knows exactly who he is. Raising his energy level in a new single with Fivio Foreign, Von shares “I Am What I Am.” Produced by Von’s regular collaborator Chopsquad DJ, who borrows BK’s signature sliding 808s and apocalyptic synths, “I Am What I Am” combines the styles of original recipe Chicago drill and it’s UK-informed Brooklyn offshoot. Confident in themselves and what they represent for their cities, the emcees trade bars as they promise a bad time for anyone who looks at them the wrong way. The song is almost maniacally propulsive, driven by Fivio’s wild ad-libs and Von’s ice cold hook, which has the internal logic of a street nursery rhyme: “I am what I am/What I’m not, I’ll never be…And if I should die, I’m pushing the murder rate/My n****s gon’ slide everyday/You been talkin’ that sh*t, I can’t wait.”

Directed by Jerry Production, the video finds Von and Fivio bringing dozens of supporters to Von’s native O Block, as they sip Henny, count cash, and whip around in a Rolls Royce Wraith. The two emcees light up the block with their electric chemistry, evoking the chaotic DIY energy of the earliest Chicago and Brooklyn drill music videos.

“I Am What I Am” is the latest fiery video in a busy year for King Von. In August, the rapper shared the poignant video for “How It Go” (6.8 million views), a reflective anthem that contemplated the inequities of the criminal justice system. Earlier Von told a tale of betrayal with the emotional “Why He Told“ (6.2 million YouTube views) and connected with his mentor Lil Durk for the furious  “All These N****s“ (21 million views).

In March, the 25-year-old rapper shared Levon James, a wide-ranging and successful project. Hosting the hit single “Took Her To The O“ (25 million views), recently spawning a Genius Verified video, as well as highlights like the G Herbo-collaboration “On Yo A**“ (9.4 million views) and the gripping street story “3 A. M.” (12 million views), LeVon James is available everywhere via Only The Family/EMPIRE.

Von is currently preparing to release his official debut album this Fall. Stay tuned for much more information about the upcoming album in the coming weeks.

Watch “I Am What I Am” ft. Fivio Foreign: https://youtu.be/JHixsTYXfso

Buy/Stream “I Am What I Am” ft. Fivio Foreign: https://music.empi.re/iamwhatiam