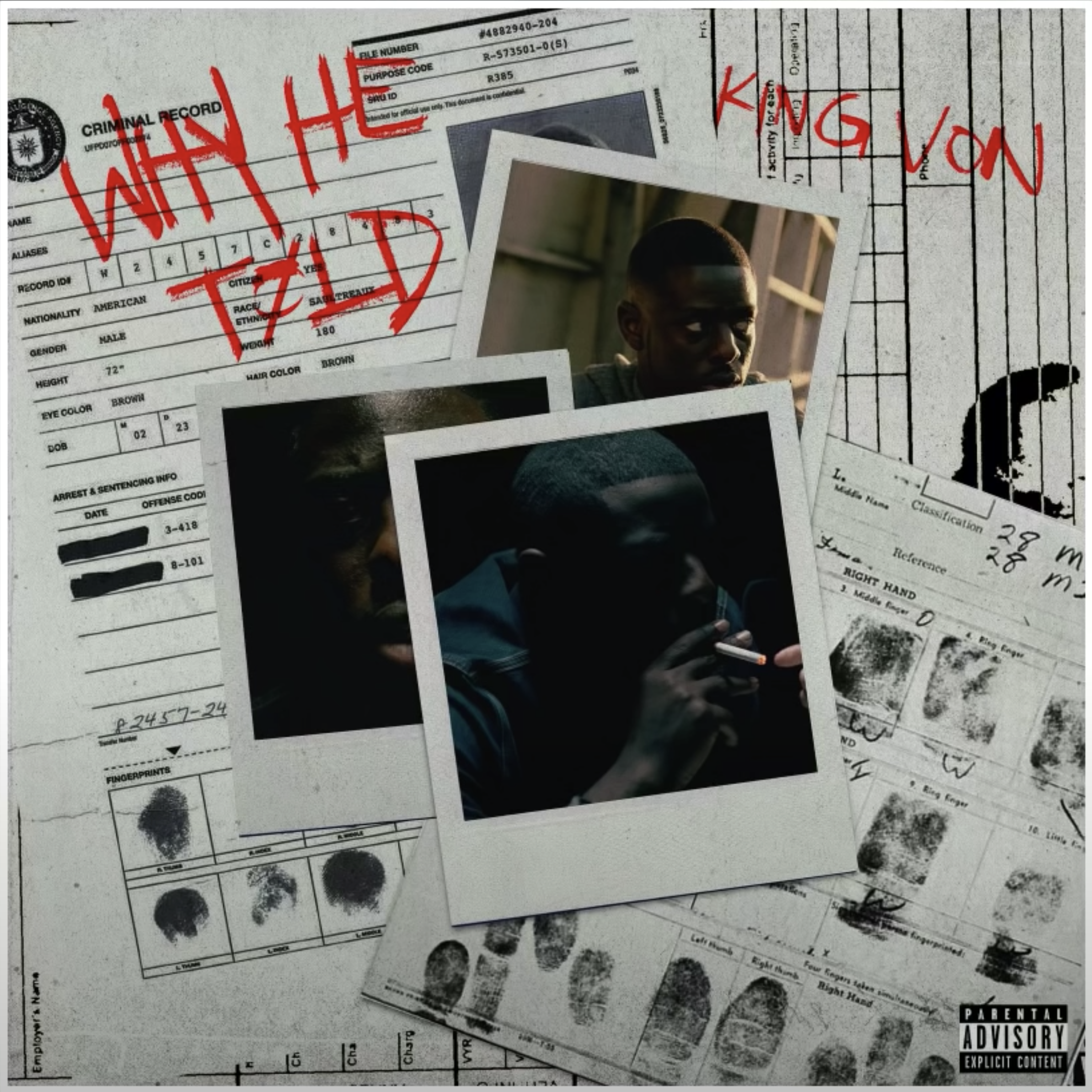 With a fully developed sense of drama and serious attention to detail, King Von is the rap game’s foremost street storyteller. Processing his friend’s betrayal atop producer Chopsquad DJ‘s emotional pianos, King Von shares “Why He Told,” his new video single. Delivering each line with a blend of anger, sadness, and disbelief, Von relays a story of a close friend who took a plea deal with the feds: “B*tch I woulda bonded you out/You coulda stayed at my house/We would’ve figured it out/You took the easiest route.”

Directed by Joán, the video brings Von’s lyrics to life, relaying the song’s story from the perspective of Von and the friend who wronged him. “Why He Told” alternates scenes of Von reminiscing about his friendship, while Von’s former friend is haunted by guilt and afraid for his life.

“Why He Told” is Von’s first new single since the release of LeVon James, Von’s latest album, released in March. Following up 2019’s successful Grandson Vol. 1 (over 350 million total streams), the album hosts the “Took Her To The O“ (19 million views), recently spawning a Genius Verified video, as well as highlights like the G Herbo-collaboration  “On Yo A**“ (7.4 million views), the Yungeen Ace-featuring “Trust Issues” (8.3 million views), and the gripping street story “3 A. M.” (9 million views). Most recently, Von shared the video for album highlight “Broke Opps“ (5.9 million views)

Before it was disrupted by the pandemic, Von embarked on the “PTSD Tour,” a nationwide tour headlined by G Herbo. Showcasing Von’s raucous live show, the tour criss-crossed the nation for multiple sold out dates, and featured performances of tracks from LeVon James and Grandson Vol. 1–including his Gold-certified breakout hit “Crazy Story” (which recently surpassed 50 million views on YouTube).

LeVon James is available everywhere via Only The Family/EMPIRE. Stay tuned for much more music from Von to come this summer and fall.

Watch “Why He Told”: https://youtu.be/PLutQQzjig4

Buy/Stream “Why He Told”: https://empire.ffm.to/whyhetold