Emerging as one of rap’s best storytellers, as well as one of his city’s most popular young emcees, Chicago rapper King Von is ready to level up. Today, Von announces that he has partnered with EMPIRE for the release of his new project LeVon James out March 6th. The partnership, in tandem with Lil Durk’s imprint Only The Family (OTF), will accelerate the 25-year-old artist’s steady rise. Gaining momentum since his debut single “Problems” in 2018, the rapper recently earned a Gold certification from the RIAA for his 2019 breakout hit “Crazy Story.”

With the ink dry on his new partnership, King Von announces LeVon James, his upcoming album. With a title that alludes to Von’s G.O.A.T. aspirations, LeVon James is a fierce and invigorating listen, packed with gripping street stories, ferocious flows, and production from frequent Von collaborator Chopsquad DJ, among others. Featuring appearances from King Von’s mentor Lil Durk, along with G Herbo, YNW Melly, NLE Choppa, Tee Grizzley, Yungeen Ace, and Booka600, LeVon James arrives on March 6th via Only The Family/EMPIRE.

Along with the album, King Von announces his role as the primary support for G Herbo on the “PTSD Tour.” Kicking off in Brooklyn on February 27th (Brooklyn Steel),  the 28-date nationwide tour passes through Atlanta (Tabernacle) on March 11th, and Joliet, IL (The Forge) on April 3rd before wrapping up in Cleveland (House of Blues) on April 7th. Tickets for the “PTSD Tour” are available at GHerbo.com.

In January, Von shared the video “Crazy Story Pt. 3“ (5.1 million views), a continuation of his breakout hit, complete with visuals that complemented his narrative, and earlier in 2020, he collaborated with Sada Baby on “Pressin“ (5.7 million views). 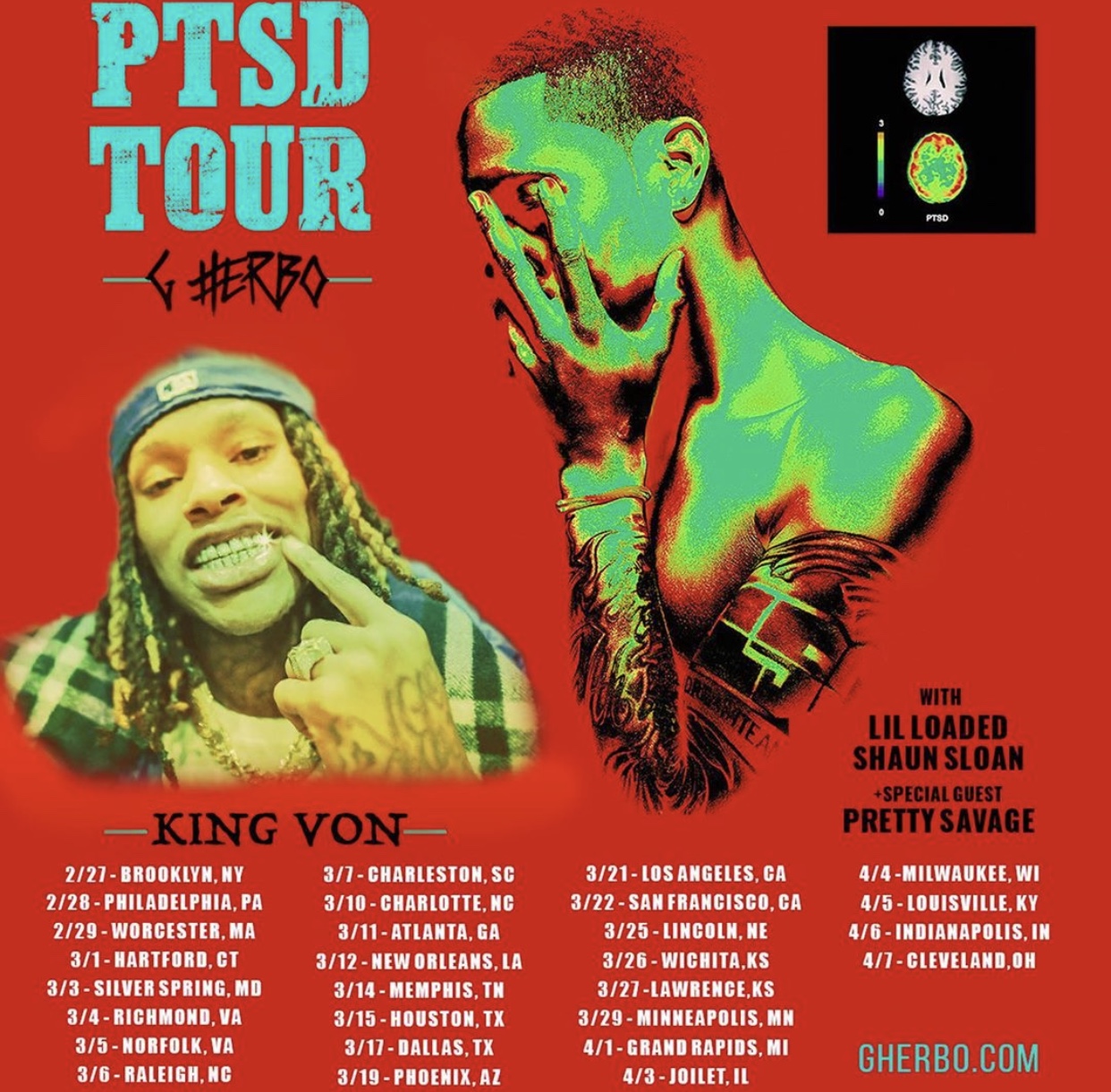