Three 6 Mafia‘s blend of dark sonics, aggressive vocals, and violent lyricism is a major force shaping modern hip-hop in Memphis and beyond. Paying tribute to his forefathers, Memphis riser Key Glock provides his own spin on “Who Run It,” one of Three 6’s most iconic anthems. Kicking a hypnotic flow over DJ Paul & Juicy J‘s blaring horns and stuttering snares, Glock rhymes off the dome in the new freestyle remix: “Colder than a polar bear/Came off of welfare/Now I’m in Bel Air/Killin’ shit, where the chair?” Inspired by G Herbo and Drake’s “Who Run It” Challenge, Glock’s freestyle builds on the momentum of Glock Bond, the rapper’s January mixtape.

A 15-track dose of no-bullshit street music with no features, Key Glock shoulders the load with an uncommon toughness and a palpable swagger on Glock Bond. Featuring production from Tay Keith, Sosa 808, Teddy Walton, Ramy On The Beat, and DJ Squeeky, Glock Bond is a worthy follow-up to 2017’s Glock Season, which has over 6 million combined streams on Spotify. Released by Young Dolph‘s Paper Route Empire and distributed by EMPIRE, Glock Bond establishes Key Glock as one of the South’s rising stars, capable of turning a head-nodding street story into a surprise hit through sheer force of charisma.

Hailing from Memphis, Tennessee, the 20-year-old broke through to local radio with confessional hit “On My Soul,” which has over 1 million YouTube views and 874,000 plays on Spotify while catching the attention of Young Dolph, who signed Glock to Paper Route Empire. Last year, hot on the heels of his surprise success, Key Glock dropped Glock Season, which was praised by Noisey as one of the Best Overlooked Albums of 2017. Karen Civil also recognized the rapper’s undeniable talent, saying, “[Key Glock] will inevitably be on your radar in the months to come… he has a way with words that stick and resonate with his steadily growing fanbase.”

Listen to “Who Run It” (Freestyle): https://soundcloud.com/key-glock1/who-run-it-freestyle 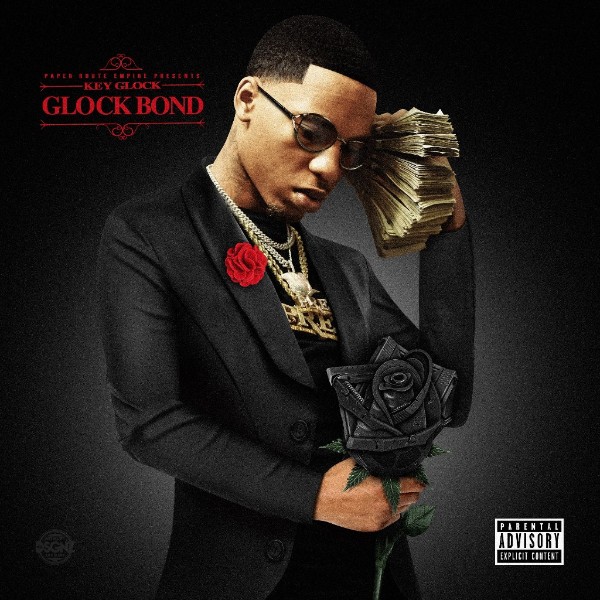