Running up his monthly Spotify listener count to over 1 million fans, Key Glock specializes in visceral, no-bullshit street music. Returning for his third mixtape and his second tape of 2018, Glock announces the Glockomamixtape. Teaming up with a squadron of A-List producers, including Drake’s favorite new beatmaker Tay Keith, Glock adds to his collection of sharply-written bangers. Sticking close to Glock’s favorite topics–smoking Backwoods blunts, cooking dope, counting cash–the new mixtape is a product of Glock’s fierce charisma, as he reaches levels of flexing comparable to his Paper Route EMPIRE boss Young Dolph. The follow-up to February’s swaggering Glock Bond, which has over 39.7 million combined streams on Spotify, Glockoma arrives on Glock Friday, November 23rd.

To build up a frenzy for his upcoming Thanksgiving offering, Key Glock unites with Tay Keith for “Yea!!,” his latest single. Previously collaborating on some of Glock’s best known songs, including “Russian Cream” (15.6 million streams on Spotify) and “Orville Redenbacher” (1.4 million views on YouTube), “Yea!!” is another banger, as Key Glock dials up his energy level, shouting about his new whip, his massive collection of diamond rings, and his burgeoning mogul status: “Bitch I’m bout it, bout it/You can call me Master Key/Who? Me? Bitch, I’m Master Key/But I’m still a P/Youngin’ off the leash.” 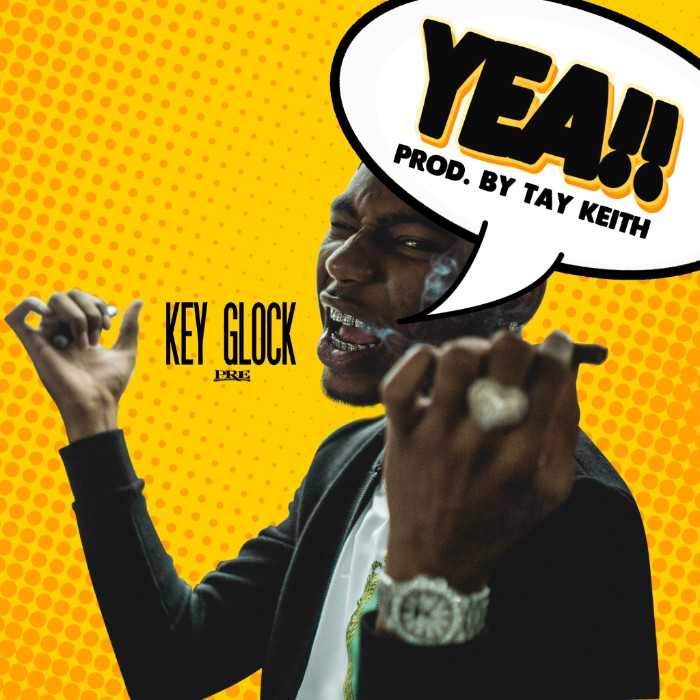