The Upcoming Album From the Versatile Compton Native Features Recent Singles like “Scoring,” “Get In” ft. Stunna 4 Vegas, and “No Love” ft. Mozzy

Mixing a smoothly melodic vocal style with a streetwise lyrical sensibility, there’s no limit to how high Compton’s Kalan.FrFr can rise. Today, the 25-year-old artist officially announces that he and his label First Class Entertainment have signed a partnership with Roc Nation.

“Being with Roc Nation feels like we set our goals and now we’ve accomplished them,” says Kalan. “We’re just excited to take it to the next level. I just wanna prove to everyone that believes in me…I wanna prove them right.”

“Kalan gives you star power upon walking in the door. He commands a room, studio, and/or stage! Signing him was a no brainer for us!” – Shari Bryant & Omar Grant, Co-Presidents at Roc Nation

Along with his new deal with the Roc, Kalan reveals the cover artwork and tracklist for his debut album TwoFr 2, arriving on March 12th. The sequel to 2018’s TwoFr, home to local hits like like “Fine Ass“ and “Naked,” TwoFr 2 takes Kalan’s artistry to a new level, complementing his raunchy love songs with introspection and hard-earned wisdom.

The upcoming album is home to “Scoring,“ which earned airtime during a Los Angeles Lakers NBA playoff game in the Fall and is currently impacting at urban radio, and “Get In,” a lumbering, piano-heavy banger with an appearance from Stunna 4 Vegas. TwoFr 2 also boasts the standout track “No Love” ft. Mozzy & Cypress Moreno, for which Kalan teased a forthcoming video on his Instagram. Already a standout in the L.A. rap scene, the upcoming TwoFr 2 proves that Kalan has the goods to follow the footsteps of Kendrick Lamar and Roddy Ricch to become Compton’s next national star.

A major figure in Los Angeles’ stacked rap scene, recently crashing the Top 10 of Billboard’s Emerging L.A. Artists chart, Kalan.FrFr earned accolades and co-signs for his breezy melodies and hard-hitting bars. In 2020, the artist’s singular alchemy caught the attention of L.A. rap superstar YG, who hopped on the remix for Kalan’s hard-hitting “Right Wit It.” A vocalist with many dimensions, the artist earned praise from Pitchfork in 2019 for his pure rapping ability on his fan-favorite “Hot N Ready (Freestyle).”

“Kalan.FrFr is melodic but his delivery on songs will always make you remember him,” says Earl Johnson, Senior Director of A&R at Roc Nation Records. “He’s a hitmaker and a born star.”

Stay tuned for more announcements and music from Kalan in the coming weeks. 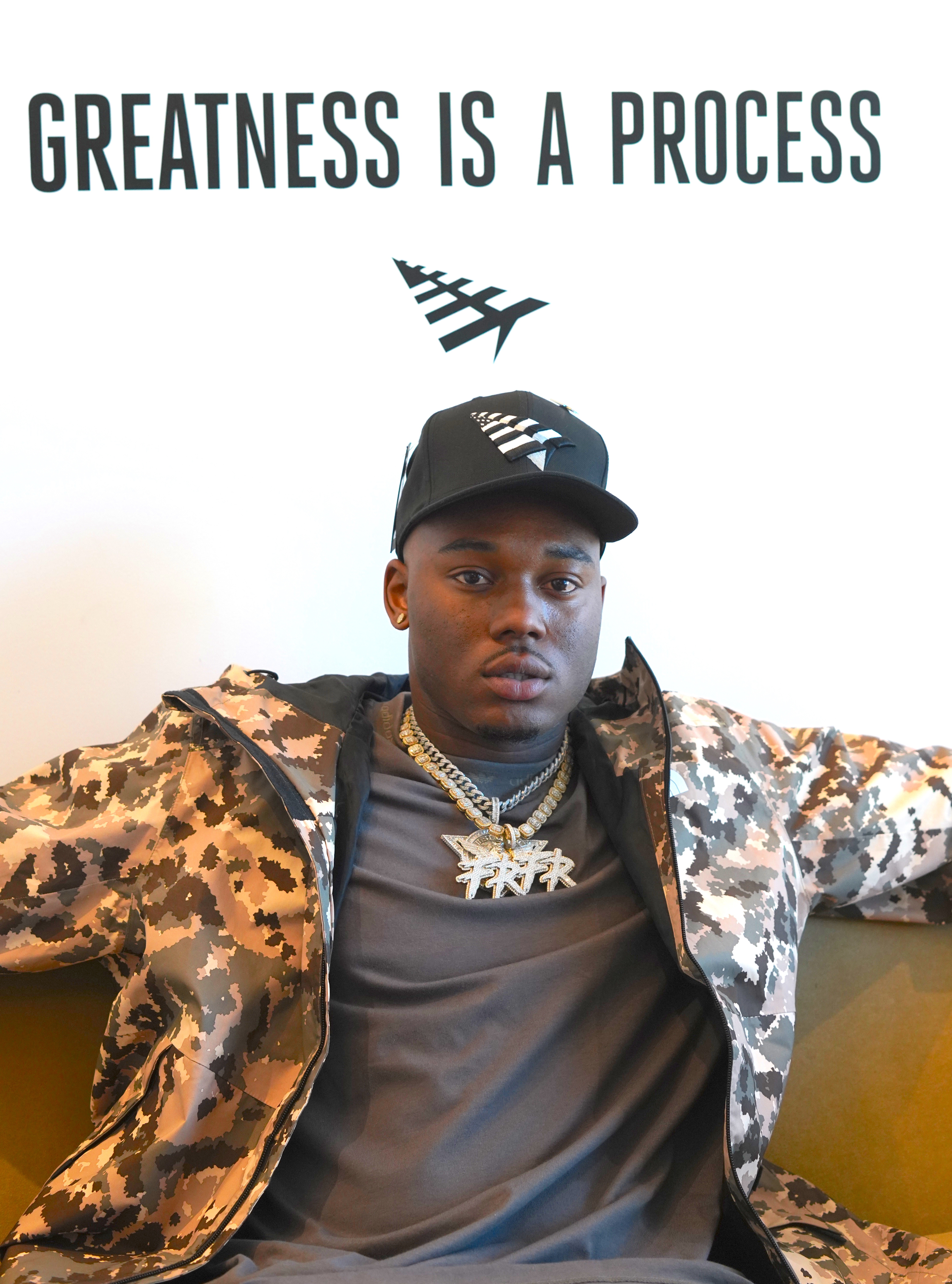