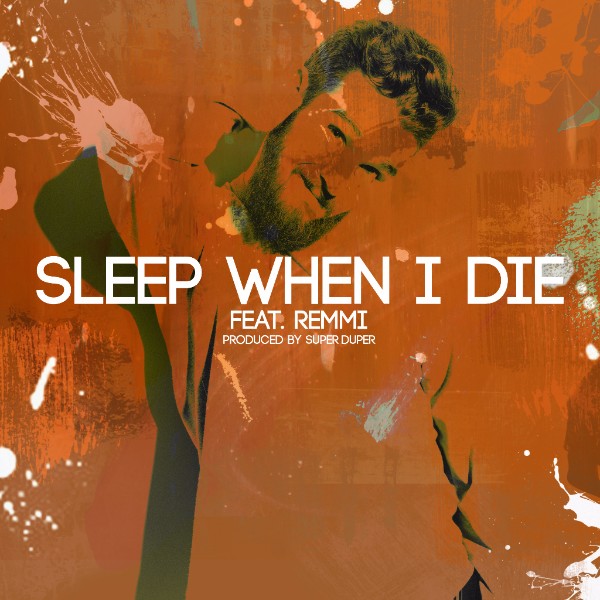 “Sleep When I Die” is a symphonic single that finds Jung Youth embracing the adversity that comes with chasing a dream, following no one but yourself and your intuition in pursuit of beating the odds that others stack against you. The Nashville rapper and Red Bull Sound Select artist is what you might call a musical chameleon, with output ranging from psychedelic synth pop to boom bap beats to electronic-tinged bangers, his versatility at the forefront of each new release. Produced entirely by Super Duper, the EP features collaborations with Remmi, Aaron Krause, and Chancellor Warhol.

“Sleep When I Die,” which premiered via HipHopDX is the lead single and opening track from Jung Youth’s Stay Chill EP. The 5-song also includes the previously released single “Ice Cream Man,” which debuted via No Country for New Nashville. In the lead-up to the EP, Jung Youth also shared loose single “Up,” a collaboration with popular electro-indie duo Cherub. “There is the undeniable funk vibe brought to us courtesy of Cherub, but then in comes Jung Youth spitting some fire bars that juxtaposes quite nicely with the former,” praised GoodMusicAllDay. “Expectations are set pretty high for Jung Youth now, and we are sure he will continue to deliver in the future with his material.” Jung Youth’s Stay Chill EP is slated to release June 24th.

Listen to “Sleep When I Die” (ft. Remmi): https://soundcloud.com/jungyouth/swid

Straight out of Music City, Jung Youth represents an energetic sound rooted in collaboration and versatility. Six years ago, he relocated from Louisville, Kentucky to Nashville for a music program at Middle Tennessee State University. Mere hours after arriving, he would meet a community of musicians that would ignite change in sound and direction. Developing into a performer rocking stages with his variation of bands and captivating ciphers, Jung Youth was eventually named a Red Bull Sound Select Artist. Through that program, the Wu-inspired MC who reworked Prodigy quotables found himself sharing concert bills with deep influences like Mobb Deep and Raekwon & Ghostface, as well as Juicy J. June’s Stay Chill, his biggest release to date, finds the freestyle-savvy MC focusing on melody, reflective writing, and growth.