The Remix is Out Now on YouTube, and Will Be Available on DSPs This Afternoon 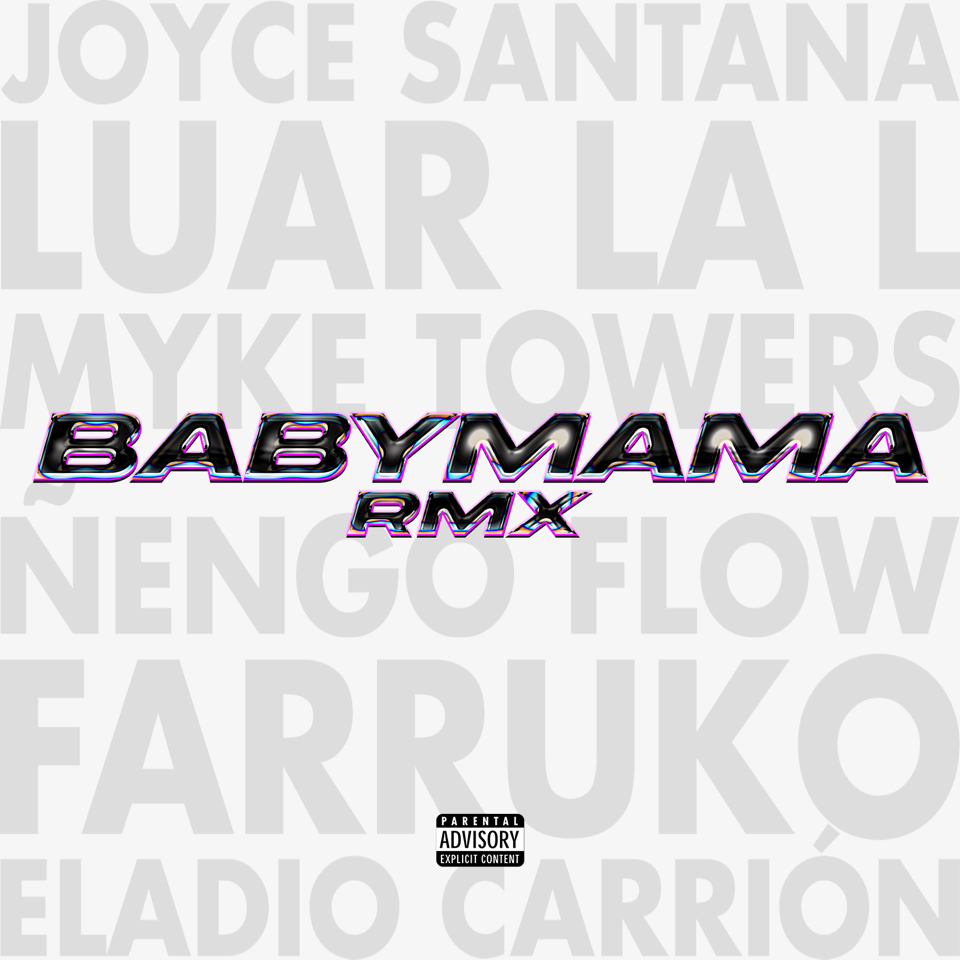 A rapper’s rapper with a pen game to match anyone in Latin music, Joyce Santana is making a name for himself in his home of Puerto Rico and beyond. Earning himself some major co-signs and creating a banger in the process, Joyce shares the remix to “BabyMama,” his latest hit. Featuring appearances from heavy-hitters like Farruko, Luar La L, Myke Towers, Eladio Carrión, and Ñengo Flow, “BabyMama” is a sultry and rhythmic bit of reggaeton, departing from the genre’s traditional riddim to add an R&B-flavored bounce to the proceedings. Each superstar brings their unique flavor, spicing up the rising hit that already has 6.7 million views on YouTube and 2.8 million Spotify streams.

Featuring a verse from Luar La L, who appears on the remix as well, “BabyMama” remixes a highlight from Nadie Se Salva, Joyce’s recent EP, out now. Though it only spans 5 songs, the EP demonstrates Joyce’s striking versatility, moving from drill on opener “Heavy,” to trap beats on the single “Contesta El Cel” and the closer “Mi Mentalidad.” Featuring guest spots from Darell, Brray, Lyanno, and Hozwal, and production from heavy-hitter Young Martino (who produced the billion-plus streamer “Te Bote”), Nadie Se Salva EP is available everywhere via Rimas Ent.

Raised by a single mother, Joyce wasn’t allowed to use swear words in his home–so when he decided he wanted to be a lyricist, he would write them in his notepad instead. The Boricua artist has always had a passion for poetry, even taking a break from music for a time to focus on his verses. He returned to music with a vengeance in 2015 with his debut album Luz En La Oscuridad, a deeply personal effort that announced him as one of the best rappers on the island. Since then, Joyce has refined his craft and scored several hits, most notably “Vicky,” a viral track that tells the story of a seemingly wholesome woman with a party girl streak. In 2019, Santana made a memorable appearance on “El Perreo Intenso,” a protest song aimed towards former Puerto Rico governor Ricardo Rosello, where he celebrated Rossello’s ouster and called for the dismissal of the rest of his corrupt administration.

With a new album on the way in 2022, Joyce Santana is ready to raise his profile in the complementary worlds of hip-hop and reggaeton. Stay tuned for much more.

The song will be available on all DSPs later this afternoon: https://rimas.io/BabyMamaRMX