The Brooklyn Born Spitter Reunites With His “Rich Forever” Mentor in a Flossy New Video; 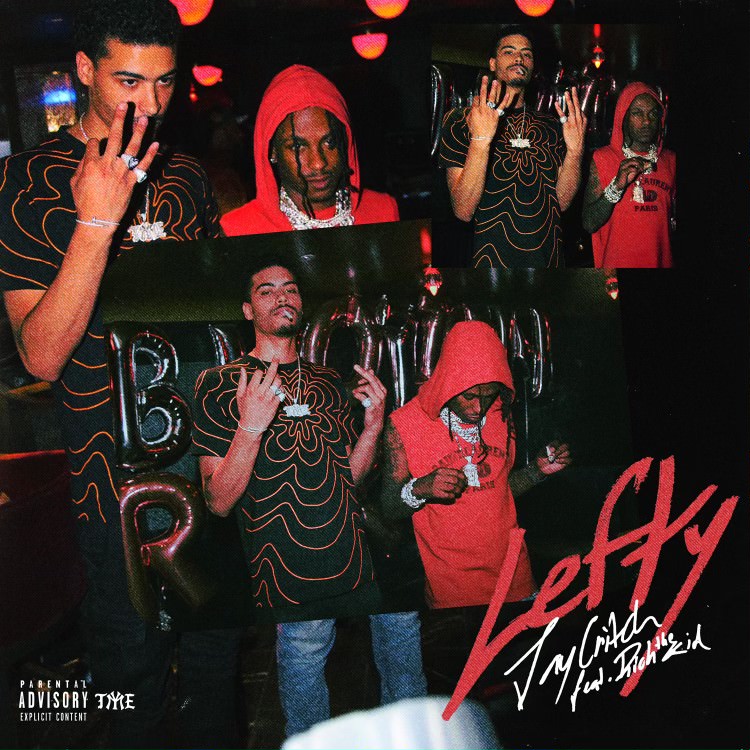 With a brusque Brooklyn brogue and an unflappable demeanor, Jay Critch commands a loyal following in his home borough and beyond. Connecting with his mentor and frequent collaborator Rich The Kid for only the second time since 2019, Critch shares “Lefty,” his new video single. An atmospheric banger that recalls the duo’s acclaimed work on the Rich Forever series of mixtapes, the Timothy On The Beat-produced track finds the two rappers ping-ponging back and forth, each trying to outdo the other’s flexes. While Rich touts his brand new Maybach and the half-a-mil watch on his left wrist, Critch quiets down his haters with money talk.

In the video, directed by Rich Porter, the two rappers flaunt their multitude of multi-colored foreigns as they pour up in a suburban mansion.”Lefty” continues a run of quality singles by the Clinton Hill native that have surfaced in recent weeks. In August, Critch shared the beat-shifting banger “Close To Me/Active,” combining two hard-hitting songs into one and proving why he remains Brooklyn’s big dog. Earlier this year, Critch connected with Harry Fraud for the airy, REVOLT-praised “Born With It.”

Since he burst onto the scene as a teenager with singles like “Ad Libs” and the beloved Hood Favorite mixtape, Jay Critch has been one of New York’s favorite sons. His collaborations with Rich The Kid and Famous Dex on the Rich Forever mixtape series remain the stuff of legend, but he hasn’t stopped switching up his style or releasing new heat for the streets. His 23-track 2021 effort Critch Tape found the now-24-year-old rapper expanding his sound to absorb drill and other prevailing street styles. The tape featured collaborations with fellow New Yorkers Fivio Foreign and Lil Tjay, as well as influential figures Skillibeng and Drakeo The Ruler. Critch recently expanded his CV to include modeling, as he modeled for the Kors x Ellesse campaign alongside Emily Ratajkowski earlier this year.

Currently hard at work on his follow-up to Critch Tape, the Clinton Hill colossus prepares to resume his Five Borough takeover. Stay tuned for much more.