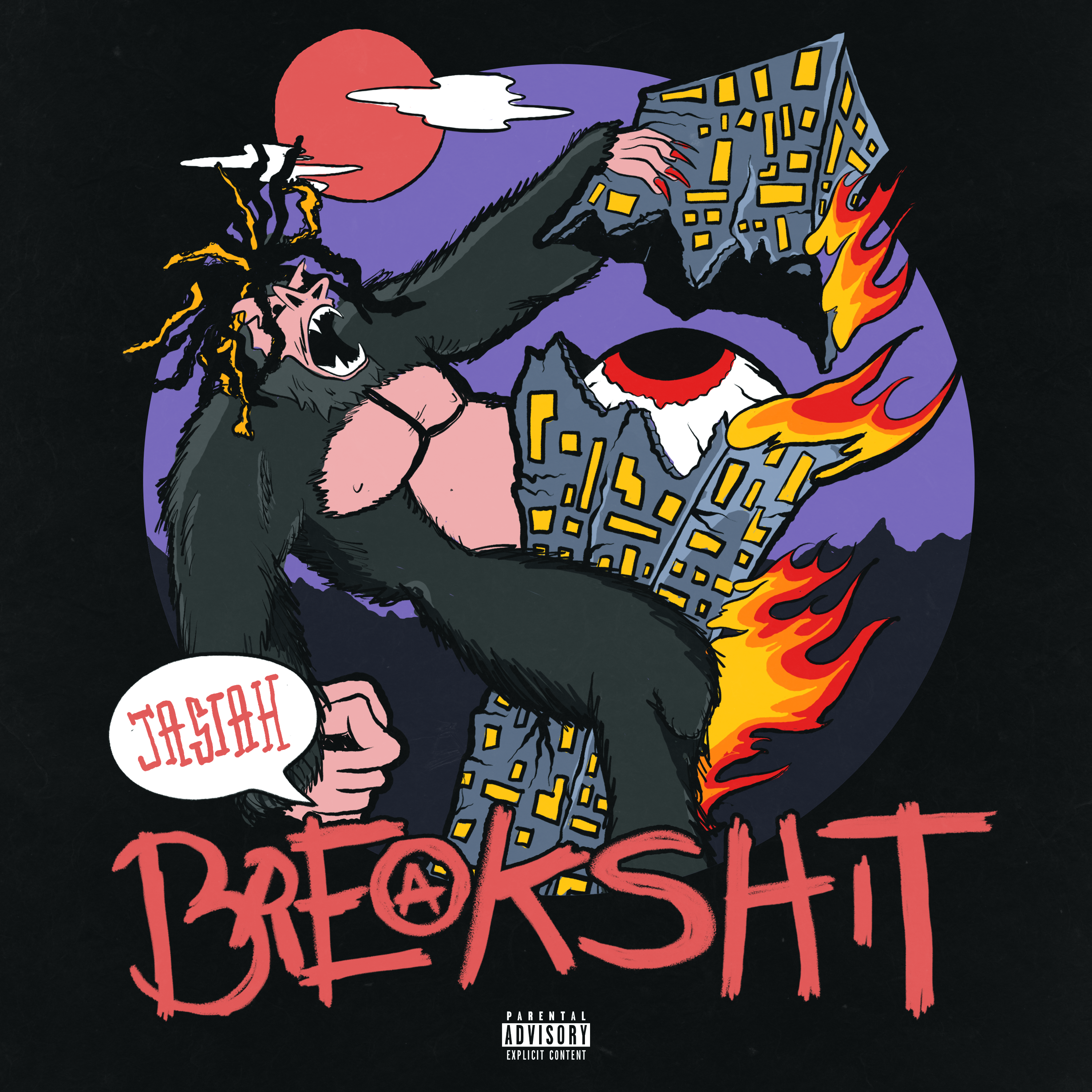 “Midwest artist Jasiah has dropped off his Jasiah I Am full-length offering. The effort is a comprehensive blend of all the elements that makes the Ohio native one to watch as he flexes production skills” – HotNewHipHop

“Rock-rap isn’t a new concept, but for the finger-flipping patrons who enjoy their hip-hop with doses of alternative, Dayton, Ohio MC Jasiah and Juice WRLD delivered [at Day N Vegas]. The former held down the Roll The Dice stage, where the crowd mirrored a low-key mosh pit from the outskirts.” – Billboard

“…an exciting new artist with a penchant for blending genres.” – HYPEBEAST

A virtuosic vocalist who channels his classical training into full-throated belts, Jasiah is one of the game’s most invigorating new voices. Today, the Dayton, Ohio native shares “Break Sh*t!“, his ferocious new single. A furious assault on the senses, it’s impossible to sit still while listening to “Break Sh*t,” as Jasiah layers his ragged screams atop marching band horns and relentless 808s: “F*ck you, b*tch/and the clique that you came with/I don’t wanna bullsh*t, I just need my payment!” Produced by Jasiah himself, “Break Sh*t” is an anti-authoritarian anthem–a cathartic release of feral energy for anyone who feels trapped in their lives.Compiled of scenes from Jasiah’s recent co-headlining national tour with $not, the “Break Sh*t” video aptly illustrates the most-pit ready energy of the new song, showing how Jasiah and his crowds feed off each other’s energy until they’re whipped into a frenzy.“Break Sh*t” is the first salvo from an upcoming EP from the artist–entirely produced by Jasiah himself. The follow-up to last year’s successful Jasiah I Am, a genre-fluid collection that closes with the artist’s most recent single “When I’m Gone“, the upcoming EP arrives in Spring 2020 via Atlantic Records.A firebrand whose deep passion for music shines through everything he does, Jasiah started his as an opera singer, receiving classical training as a high school student. The Atlantic Records signee first rose to fame in 2018 with his single “Shenanigans,” a Ronny J-produced, Yung Bans-featuring record which samples the theme song from Cartoon Network’s Courage The Cowardly Dog, earning over 30 million streams across platforms, topping charts on SoundCloud and Tik Tok, and nabbing Cole Bennett for the video. He’s since developed a style that encompasses his early passion for opera, his teenage love of emo and alt-rock (Jasiah won a fan in Travis Barker, who collaborated with the young rapper on “Heartbreak” from Jasiah I Am), and his  abiding passion for rap, fueled by the likes of XXXTentacion.With a voracious work ethic and unlimited talent, Jasiah is truly capable of anything, Stay tuned in 2020 for much more.Watch “Break Sh*t”: https://Jasiah.lnk.to/BreakShitVideoBuy/Stream “Break Sh*t”: https://Jasiah.lnk.to/BreakShit

Known for his groundbreaking fusion of sonic styles, from melodic R&B and emo rap to aggro rock and even opera, Jasiah made his name with self-produced tracks on SoundCloud before truly exploding onto the national consciousness with “Case 19 (Feat. 6Ix9ine),” which was joined by a companion video that proved an equivalent smash with total video views exceeding 10 million. “Shenanigans (Feat. Yung Bans)“ followed, quickly rising to #1 on both SoundCloud’s “New & Hot” chart as well as the official TikTok chart, where it has become an undeniable viral favorite. As if all that weren’t enough, after the release of his latest single, “Heartbreak (Feat. Travis Barker),” Complex praised the song, highlighting “Jasiah and Barker’s high-performance energy, which oscillates between hushed and aggressive.” Jasiah released his debut full-length project, Jasiah I Am, to wide-spread critical acclaim. In early 2020, Jasiah embarked on the sold-out, co-headlining “North American Tour,” alongside rising rapper $NOT, which concluded in Los Angeles, CA at The Roxy on March 3rd