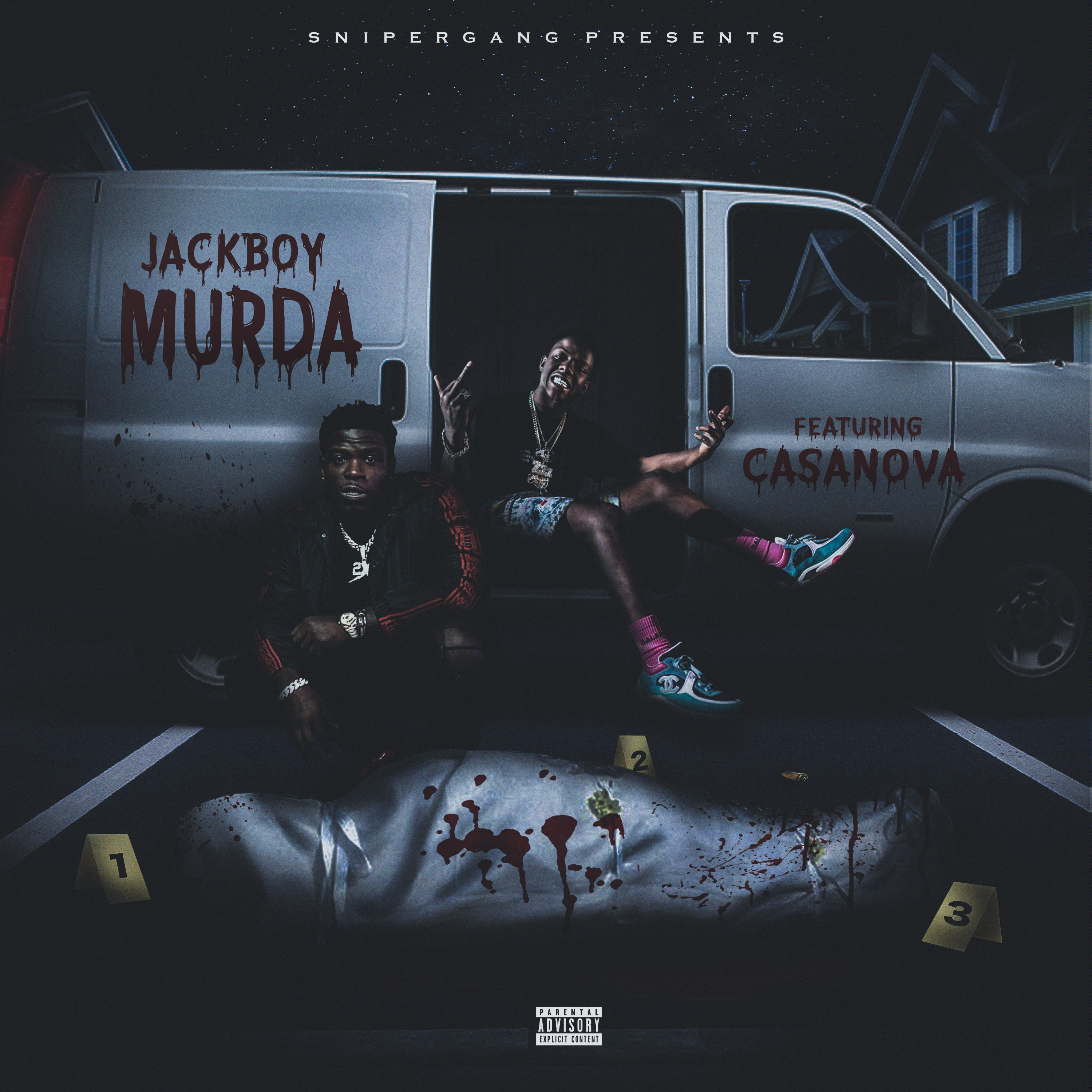 Mixing strong pop instincts with stark street sensibilities, Jackboy is one of Florida’s rising stars. Taking aim at rappers who talk a big game without the steel to back it up, Jackboy shares “Murda,” a new music video. Attacking the swinging Southern instrumental with a sing-song flow, Jackboy proves his willingness to do anything he has to in order to survive and thrive–he has no time for those who exaggerate their circumstances for street cred: “Bullets/Ain’t gave me sh*t, b*tch, I took it/Play the game how it goes, you a rookie!” Brooklyn bruiser Casanova comes through with with a cold verse, exhibiting callous disregard for anyone who’d cross him. In the video, directed by FakeDell, the two rappers mob under blood-red lighting, daring the opps to make a wrong move.

“Murda” follows Jackboy’s recent video for “For That,” a collaboration with Louisiana rapper TEC. Earlier this year, the Sniper Gang emcee shared “Freedom Of Speech,” and last month he connected with YFN Lucci for “F*ck It.” In 2019, Jackboy released two projects, including the acclaimed Lost In My Head project, which dropped in September. Spanning 15 tracks, Lost In My Head takes listeners deep into Jackboy’s turbulent life in Broward County, ping-ponging from heartfelt missives like “Jail Talk,” to aggressive hitters’ anthems like “In the Uber with the Ruger, to mission statement “Not A Clone,” which racked up over 5 million views on its video. The tape also inspired  videos for “No Cap” and  the JetsonMade-produced “Bipolar” (3.1 million views). To close out 2019, Jackboy sampled Adele in the heart-wrenching “Hello Freestyle.“

In three years of rapping, 22-year-old Jackboy has already achieved nearly 100 million YouTube views, 30 million at Soundcloud, and eight figure-streaming at Spotify. Born in Haiti and raised in Pompano Beach, Florida, the rapper beams with captivating personality and charisma. He emphasizes the important words, both in conversation and melodic rapping. Although spirited and youthful, the artist heard on “G To The A,” “Grimace,” and “Not A Clone,” appears wise beyond his years. Best friends with Kodak Black for over a decade, the Sniper Gang/EMPIRE artist released two albums, JackNDaBox and Lost In My Head, in 2019. Jackboy has plenty to say.