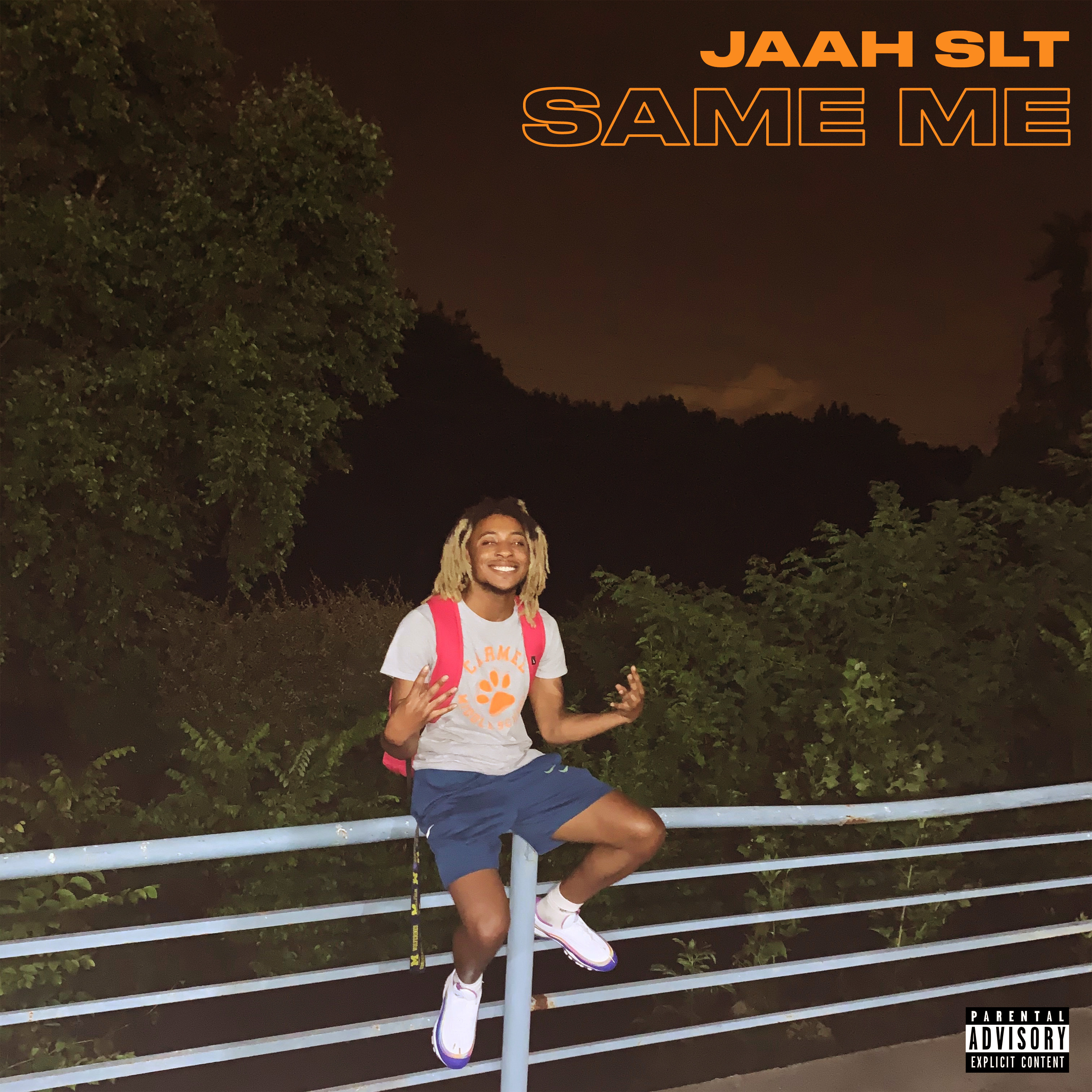 Shaking his blonde dreads with a smile on his face, Jaah SLT is a charismatic rising star. Coming through with his latest turn-up anthem, Jaah shares “Same Me.“ Gleefully annihilating a minimalist instrumental, Jaah thumbs his nose at haters and people who don’t know him yet, making sure they know he won’t change when he gets famous: “Words don’t hurt me, sh*t can’t faze me/F*ck you n****s sayin’, I swear you don’t know me.” In the video, directed by Mack, Jaah mobs in a with some homies, including a mysterious man with a TV for head, in a series of shifting locations, from desolate train tracks, to a spacious field house, to a psychedelic fantasy world. “Same Me” is Jaah’s first video since last month’s “Dottin Up,” which earned a premiere in Lyrical Lemonade and racked up over 260k views since its late-May release.

“Same Me” and “Dottin’ Up” are the North Carolina native’s latest effort in the wake of “Tuff,” his biggest hit to date. The Brelly Beats-produced anti-police turn-up anthem crossed the 1 million view threshold on YouTube, and reached the Spotify’s US Viral 50 chart and Rolling Stone‘s Breakthrough 25 chart in May. Released in September 2019, “Tuff” experienced a slow-and-steady rise, eventually catching fire on TikTok (nearly 300k video creations) and making its way to urban radio in North Carolina. In February, Jaah shared his new EP 2-7-2020 via Alamo Records. As his profile continues to rise in the wake of “Tuff,” Jaah is planning major moves to become the next N.C. rap star. Stay tuned.