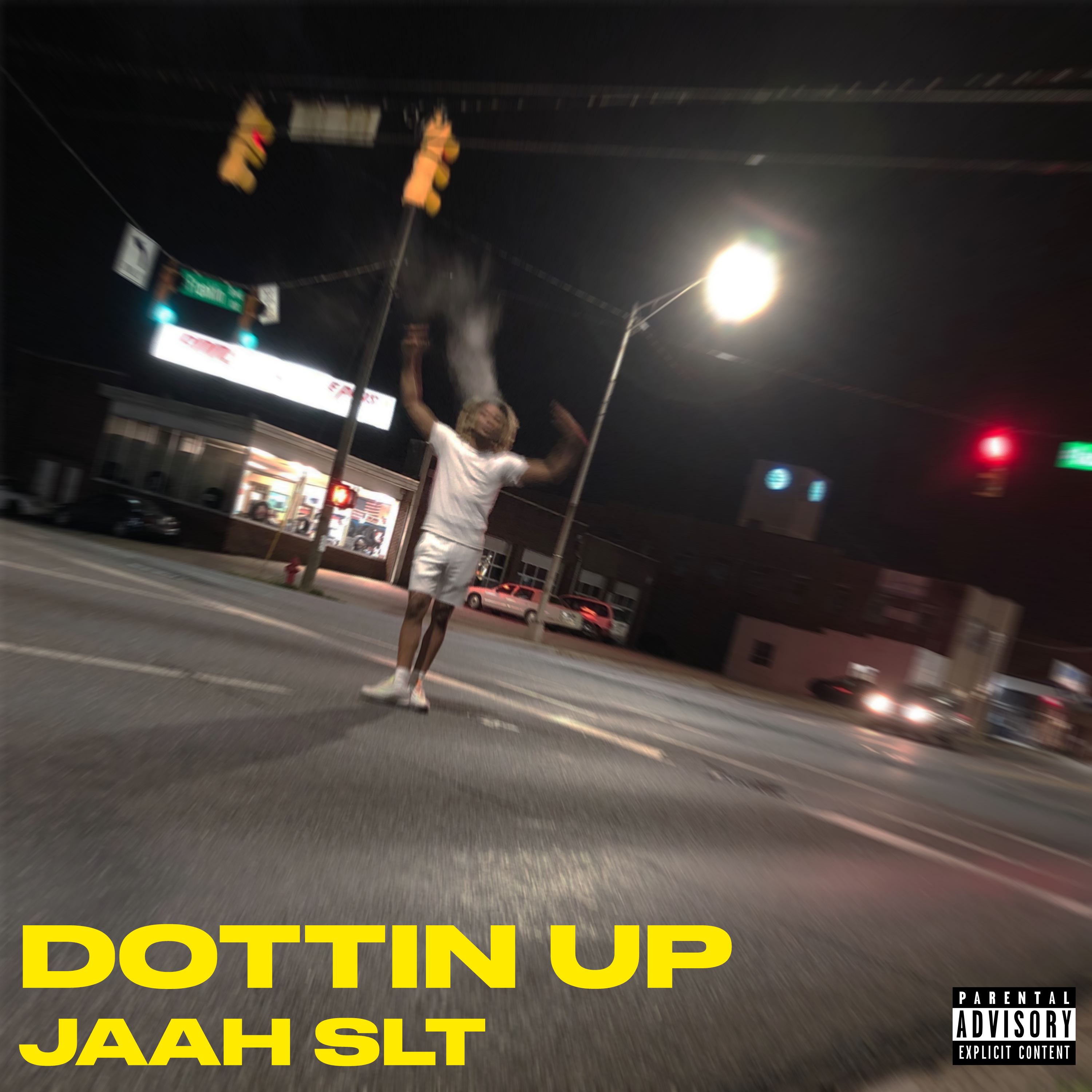 A natural emcee who brings a crackling energy and a wide-range of influences to his music, Jaah SLT confidently struts toward stardom. Packing his pink Nike backpack for a neighborhood tour, the North Carolina shares “Dottin Up,” his new video, premiered by Lyrical Lemonade. Running roughshod atop a minimalist, percussion-driven beat, Jaah strings together a litany of keyed-up punchlines in a hard-hitting cadence: “I’m a suburb n**** but I still keep sticks/And I put it on my life this all real sh*t/My b*tch so bad she don’t exist/And I’m livin’ real great, these n****s still pissed!” In the video, the rapper takes the streets in his white-on-white getup, shaking his blonde dreads as he smiles for the camera.

“Dottin’ Up” arrives as Jaah’s recent single “Tuff” continues to catch fire and climb charts. The Brelly Beats-produced turn-up anthem recently crossed the 1 million view threshold on YouTube, and currently sits on Spotify’s US Viral 50 chart and Rolling Stone‘s Breakthrough 25 chart. Released in September 2019, “Tuff” experienced a slow-and-steady rise, eventually catching fire on TikTok (nearly 300k video creations) and making its way to urban radio in North Carolina. In February, Jaah shared his new EP 2-7-2020 via Alamo Records. As his profile continues to rise in the wake of “Tuff,” Jaah is ready to show the world what he’s capable of–stay tuned for much more.

Check out the LL premiere: https://lyricallemonade.com/p/premiere-dottin-up-jaah-slt