If anyone doubted their status as the rap game’s top artist-producer collective, Internet Money silenced those doubters with a massive year in 2020.  Looking to go even bigger in 2021, the collective founded by Taz Taylor shares “JETSKI,” a new single featuring Lil Mosey and Lil Tecca. Produced by Nick Mira, who connected with LIl Tecca back in 2019 for his smash hit “Ransom,” “JETSKI” mixes Mira’s signature guitar melodies with a dancehall-adjacent bounce that lends itself very nicely to fast-approaching summer weather. Exhibiting a natural chemistry, Mosey and Tecca trade melodic verses, bragging about their towering success at such a young age and sneering derisively at their imitators: “Yeah they tryna ride the wave like a jet ski/100 b*tches on my line tryna sex me/Yeah, my pockets gettin’ full, gettin’ hefty,” sings Mosey on the hook. On pace to rack up over 1 million streams in its first 24 hours of release, “JETSKI” is available everywhere via Internet Money Records/10K Projects.

“JETSKI” is a warning shot from Taz Taylor and Internet Money, offering incontrovertible proof that their 2020 success was no fluke. Though the collective had already racked up billions of streams and dozens of plaques, last year found Internet Money making waves as lead artists, spending several weeks in the top ten of the Billboard Hot 100 chart with “Lemonade” ft. Gunna, Don Toliver & NAV. Earning double-platinum certification from the RIAA, “Lemonade” peaked at #6 on the Hot 100, #1 on Spotify’s US Top 50, and #1 on the UK Official Charts and landed them a coveted spot as the musical guest for The Tonight Show, Starring Jimmy Fallon. Meanwhile, B4 The Storm was one of the year’s most star-studded albums, debuting at #10 on the Billboard 200 and featuring appearances from superstars like like Future and Swae Lee as well as artists they’ve built from the beginning like Juice WRLD and Trippie Redd.

Despite all their success with B4 The Storm, Internet Money has no plans of slowing down in 2021. The group is working on their second album with even bigger features in store, beginning with “JETSKI.” “We want to be everywhere. Everyone will have no choice but to get to know Internet Money,” says Taylor.

Watch the visualizer for “JETSKI”: https://youtu.be/EfgeOCej4xs 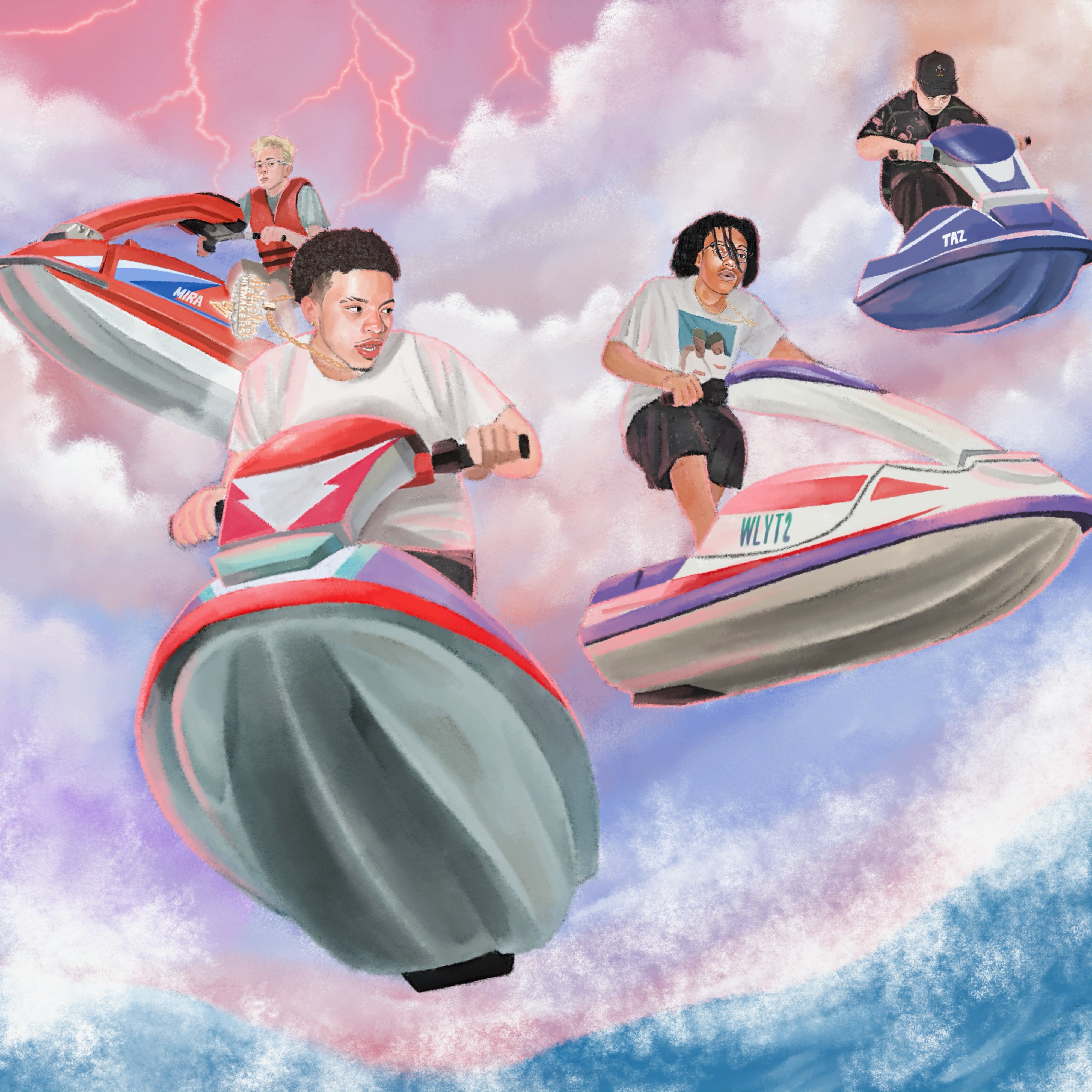