Following the release of their debut album B4 The Storm and the global success of “Lemonade”, Internet Money returns once more with a new remix of “Lemonade” featuring 6x Multi-Platinum-selling Reggaeton artist Anuel AA. With 18M+ streams in Spanish-speaking territories alone, the new remix arrives in celebration of the single’s success both in the U.S. and around the world.

The original version of “Lemonade,” featuring NAV, Gunna, and Don Toliver, was released on August 14 alongside a Cole Bennett-directed music video. Certified platinum last month, the song has accumulated over 316M Spotify streams and reigns the #1 spot on Spotify’s US Top 50 and #2 on Rap Caviar. Produced by hitmakers Taz Taylor, Nick Mira, Pharaoh Vice and E-Trou, “Lemonade” is a laid-back jam that sees the emcees delivering creative flexes with breezy melodies atop gently plucked guitars, played by Alec Wigdahl. The song is currently #6 on Billboard’s Hot 100 chart and #6 on their Global 200 chart. The song recently climbed to the number one spot of Mediabase’s Rhythmic airplay chart.

Put together over a two-week period during quarantine at the Internet Money headquarters in LA, B4 The Storm features contributions from Future, Kevin Gates, and Swae Lee, as well as artists that Internet Money has built with from the beginning, like Juice WRLD, Lil Tecca, Trippie Redd, and Lil Skies. B4 The Storm celebrates what Internet Money had accomplished in such a short time and showcases the tireless work ethic of a dynamic group with their eyes set on the future.

Starting as a type-beat factory and growing into a global powerhouse, Taz Taylor and Internet Money have earned 3 Grammy nominations, 58 platinum plaques, 33 gold, and 14 Billboard #1 hits since 2018. The collective is behind some of the biggest rap and R&B hits of the past few years, including Juice WRLD’s “Lucid Dreams” (1.3 billion Spotify streams), Trevor Daniel’s “Falling” (#1 Billboard Mainstream Pop, 37 weeks on the Billboard Hot 100 with #17 peak), Lil Tecca’s “Ransom” (700 million Spotify streams, #4 Hot 100), and XXXTentacion’s “Fuck Love” ft. Trippie Redd (the most-played song in SoundCloud history). With B4 The Storm, Taz Taylor and Internet Money make a compelling case case for being the music industry’s most powerful hitmaking collective.

On Tuesday November 24th, Internet Money, Don Toliver, NAV, and Gunna will perform “Lemonade” on The Tonight Show With Jimmy Fallon. Tune in on NBC at 11:30pm.

Buy/Stream B4 The Storm: https://internetmoney.lnk.to/b4thestorm

Check out Internet Money’s recent interview Genius’s Rob Markman about B4 The Storm and more: https://www.youtube.com/watch?v=N0sWnYg5IFM 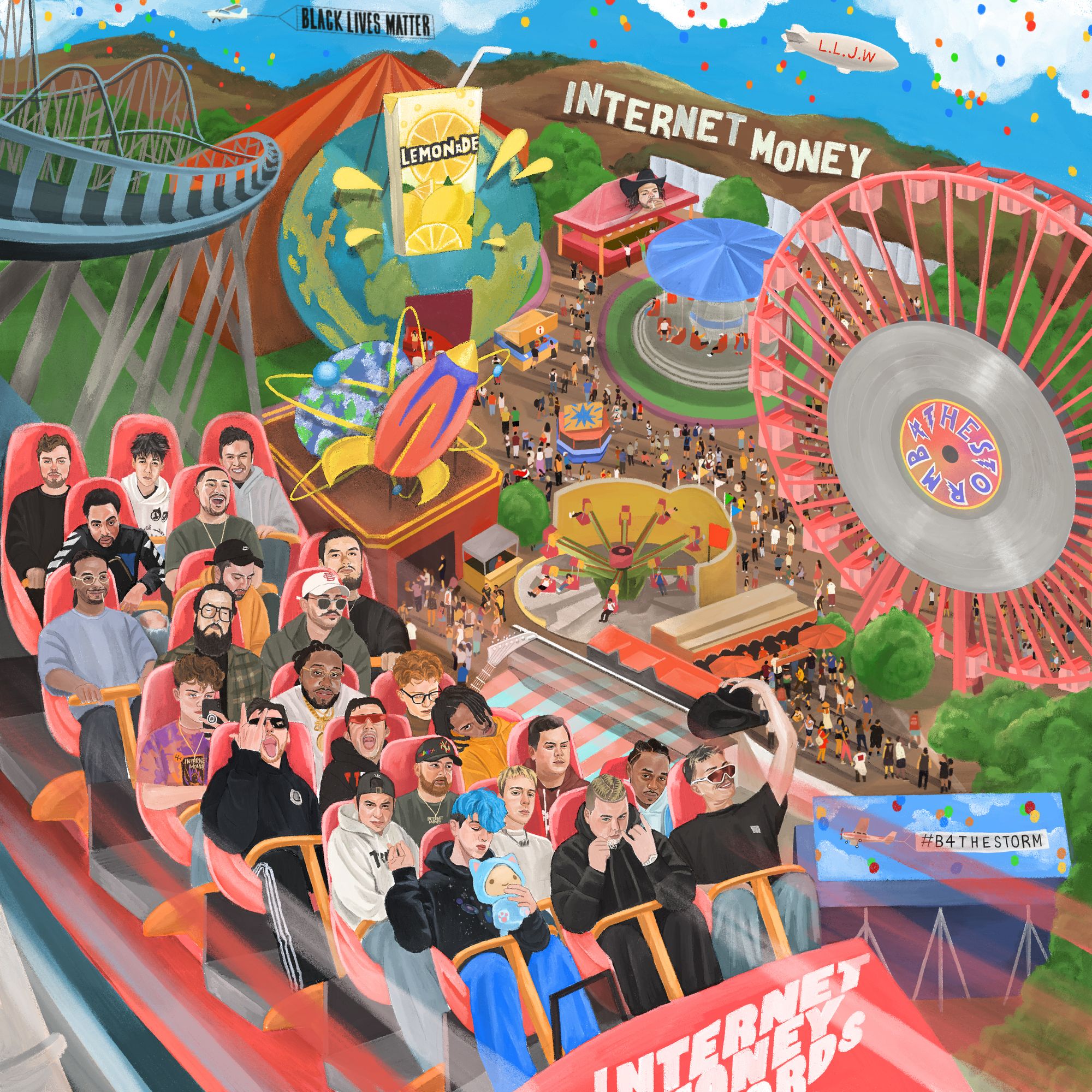