The Detroit Heavy-Hitter Taps the On-Fire ATL Rapper for His Latest Video, As He Prepares for His 9/10 Rich Off Pints 2 Mixtape 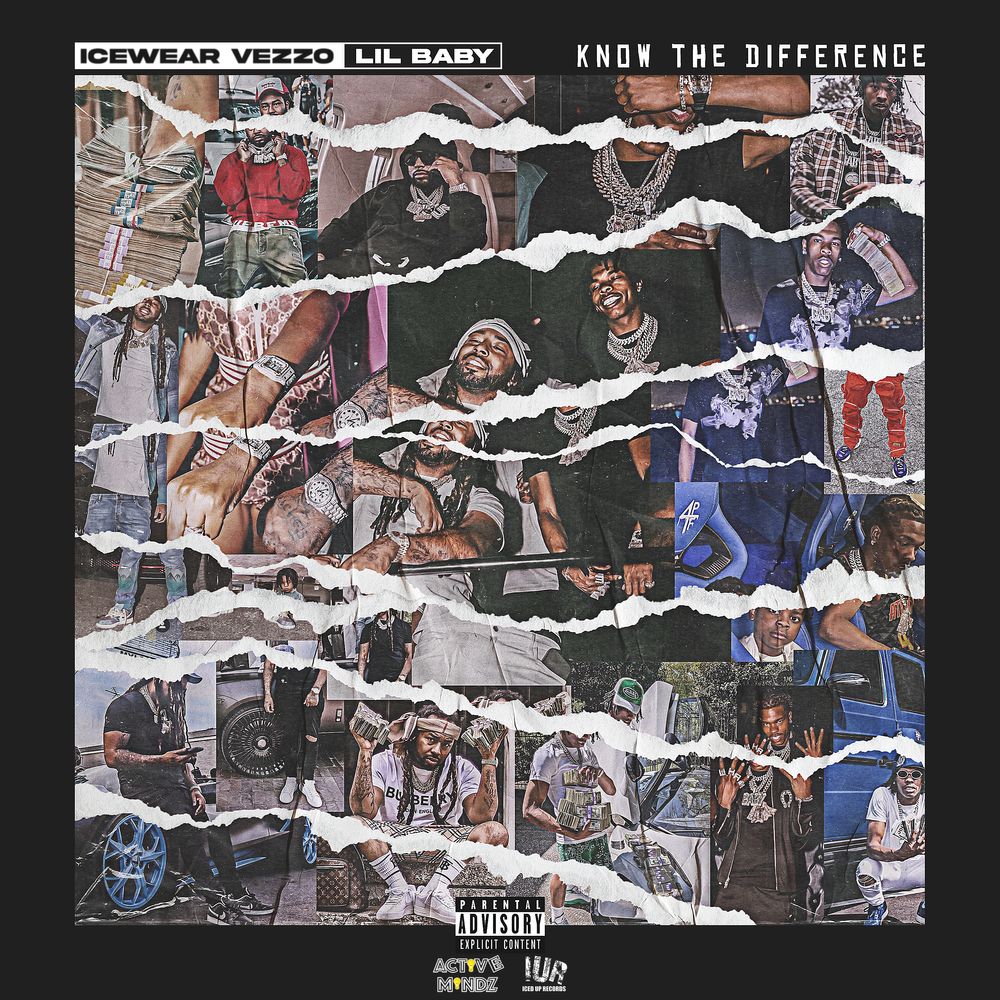 “Icewear Vezzo has had a lot to celebrate in recent months. Since signing to Motown Records last year, the Detroit MC has secured a collaboration with Zaytoven, released the sixth installment of his Clarity series, and landed a sneaker deal with Puma.” – Complex

Telling street stories with a conversational drawl, Icewear Vezzo‘s reputation as a grade-A hustler stretches from coast to coast. Today, the Detroit native continues a run of high profile collaborations, teaming up with Lil Baby for his new single “Know The Difference.” A dramatic anthem for the flexers, “Know The Difference” gets its power from the contrasting styles of the two emcees–Baby hops out of the speakers with his melodic triplets, while Vezzo dabbles with auto-tune and delivers words of wisdom without elevating his heart rate.

In the video, releasing today at 4:00pm ET, Vezzo and Baby vibe out in Detroit’s West End, bringing out the block as they show off their McLarens and Aventadors. “Know The Difference” is the latest in a line of Vezzo’s songs with the biggest names in rap, following “Tear The Club Up” ft. Future and “Up The Scoe” ft. Lil Durk, the latter of which racked up over 11 million views on YouTube.

“Know The Difference” arrives ahead of Rich Off Pints 2, Vezzo’s upcoming project arriving next month. The sequel to the Pitchfork-praised Rich Off Pints, ROP 2 explores Vezzo’s status as a pillar of the flourishing Michigan rap scene, and how he hustled out the mud to become a thriving artist and entrepreneur. The upcoming tape is home to “Tear The Club Up” and “Chamber Brothers,” Vezzo’s slinky recent single. Featuring appearances from Babyface Ray, Rio Da Yung OG, RMR, SpotemGottem, G.T., and more Rich Off Pints 2 arrives on September 10th via Iced Up Records / Active Mindz Ent.

Released earlier this summer, Rich Off Pints is home to introspective highlights like  “Still With Me” (“Used to have sh*t to live for, now I have plenty reasons,” spits Vezzo on the track), and hard-hitting bangers like “Choppy Talk” and “Kobe Bryant” ft. EST Gee. The 16-track effort charted on the Billboard Heatseekers chart, and helped propel the artist to #9 on Rolling Stone’s Breakthrough 25. With additional appearances from respected names like Trippie Redd, Lil Yachty, Dreezy, BIG 30, and more, Rich Off Pints tells Vezzo’s story while paying tribute to a Detroit scene he helped foster.