Detroit Ambassador Icewear Vezzo Celebrates the Sounds of His City with Rich Off Pints, His New Mixtape 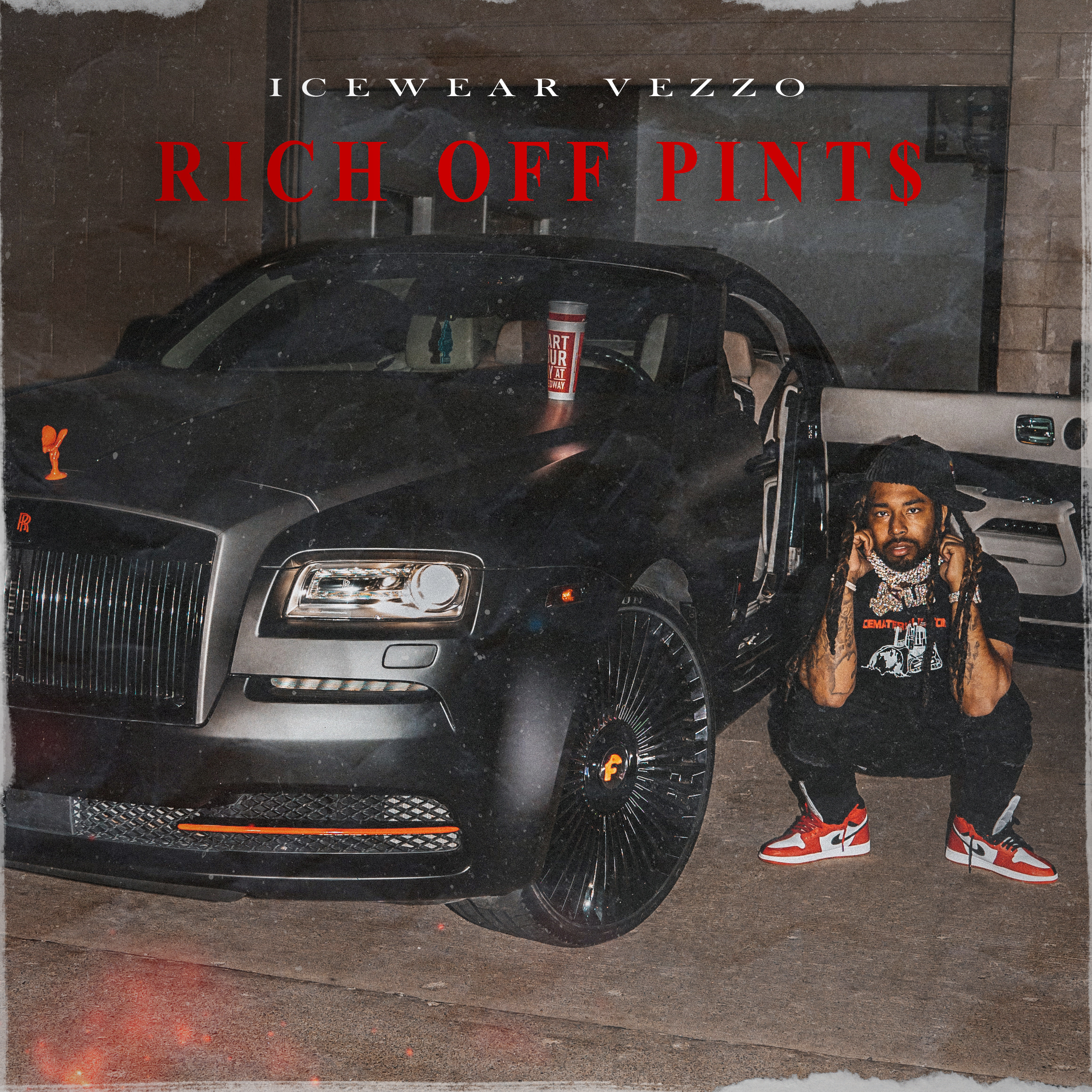 Known for his lyrical realism and top tier hustler bonafides, Icewear Vezzo embodies the spirit of Detroit hip-hop. Paying tribute to his hometown scene as he celebrates the success for which he worked so hard, Vezzo shares Rich Off Pints, a new mixtape. The new mixtape is a testament to Vezzo’s self-made status and entrepreneurial spirit, reflecting on the rapper’s climb from street-savvy striver to pillar of his community–he didn’t just hustle to make a quick buck, he hustled to materially improve the long-term prospects of his family and community. On the project, Vezzo shows his introspective side on songs like “Still With Me” (“Used to have sh*t to live for, now I have plenty reasons,” spits Vezzo on the track), but he’s more than happy to unleash his razor-sharp tough talk on bangers like “Jack Artist” and “Kitchen.”

Forever thinking of the bigger picture, Vezzo ensured that Rich Off Pints reflects the vibrancy of Michigan’s flourishing rap scene. The project reverberates with the sounds of Detroit area sound architects like Max Beats, Michigan Meech, Wayne, and more. Vezzo invites some of the most exciting Michigan rappers in the scene to share the spotlight with him, including Rio Da Yung OG, Peezy, Louie Ray, among many others. With additional appearances from respected names like Trippie Redd, Lil Yachty, EST Gee, Dreezy, BIG 30, and more, Rich Off Pints tells Vezzo’s story while paying tribute to a Detroit scene he helped foster.

Along with Rich Off Pints, Vezzo shares the video for “Choppy Talk,” a highlight from the project. Produced by Max Beats, “Choppy Talk” is a no-nonsense smack talker with an ominous low-note piano riff and insistent percussion. Rhyming with his trademark calm, Vezzo elucidates the many reasons why he is not one to be trifled with: “I’m a lean-sippin, pill-poppin’, dread-headed, real Rasta/Choppa shoota, hit ’em, they gon’ have to fly in real doctors.” In the video, Vezzo rocks an Iced Up Records jacket as he takes his Range Rover to a Detroit neighborhood with a few of his most loyal associates. The “Choppy Talk” video is the latest in a series of high-quality visuals, including the red hot “Up The Scoe” ft. Lil Durk  (over 6.4 million YouTube views), “Autograph,” a collaboration with “Coochie Man” YN Jay, and most recently, “New Day,” in which Vezzo and his signee IUR Jetto rhyme over Helluva’s flip of the sample famously used in “Dipset Anthem.”

Currently charting at #9 on Rolling Stone’s Breakthrough 25 chart, Vezzo is locked-in, making some of the best music thus far in his career and attracting A-List collaborators who respect his hustle. With Rich Off Pints, Vezzo takes another step towards the kind of recognition from the mainstream that he’s already earned in Detroit. Rich Off Pints is available everywhere via Iced Up Records / Active Mindz Music Group